BEIRUT (Reuters) – Lebanese rescue workers dug through rubble looking for survivors of a powerful warehouse explosion that shook the capital Beirut, killing 100 people and injuring nearly 4,000 in a toll that officials expected to rise.

Tuesday’s blast at port warehouses storing highly explosive material was the most powerful in years in Beirut, already reeling from an economic crisis and a surge in coronavirus infections.

President Michel Aoun said that 2,750 tonnes of ammonium nitrate, used in fertilisers and bombs, had been stored for six years at the port without safety measures, and he said that was “unacceptable”.

He called for an emergency cabinet meeting on Wednesday.

Officials did not say what caused the blaze that set off the blast. A security source and media said it was started by welding work being carried out on a hole in the warehouse.

“It’s like a war zone. I’m speechless,” Beirut’s mayor, Jamal Itani, told Reuters while inspecting damage on Wednesday that he estimated would cost billions of dollars.

“This is a catastrophe for Beirut and Lebanon.”

The head of Lebanon’s Red Cross, George Kettani, said at least 100 people had been killed.

“We are still sweeping the area. There could still be victims. I hope not,” he said.

Kettani earlier told broadcaster LBCI that the Red Cross was coordinating with the health ministry to set up morgues because hospitals were overwhelmed.

Hours after the blast, which went off shortly after 6 p.m. (1500 GMT), a fire blazed in the port district, casting an orange glow across the night sky as helicopters hovered and ambulance sirens sounded across the capital.

The blast was heard throughout Cyprus, which is about 100 miles (160 km) away.

It revived memories of a 1975-90 civil war and its aftermath, when Lebanese endured heavy shelling, car bombings and Israeli air raids. Some residents thought an earthquake had struck. 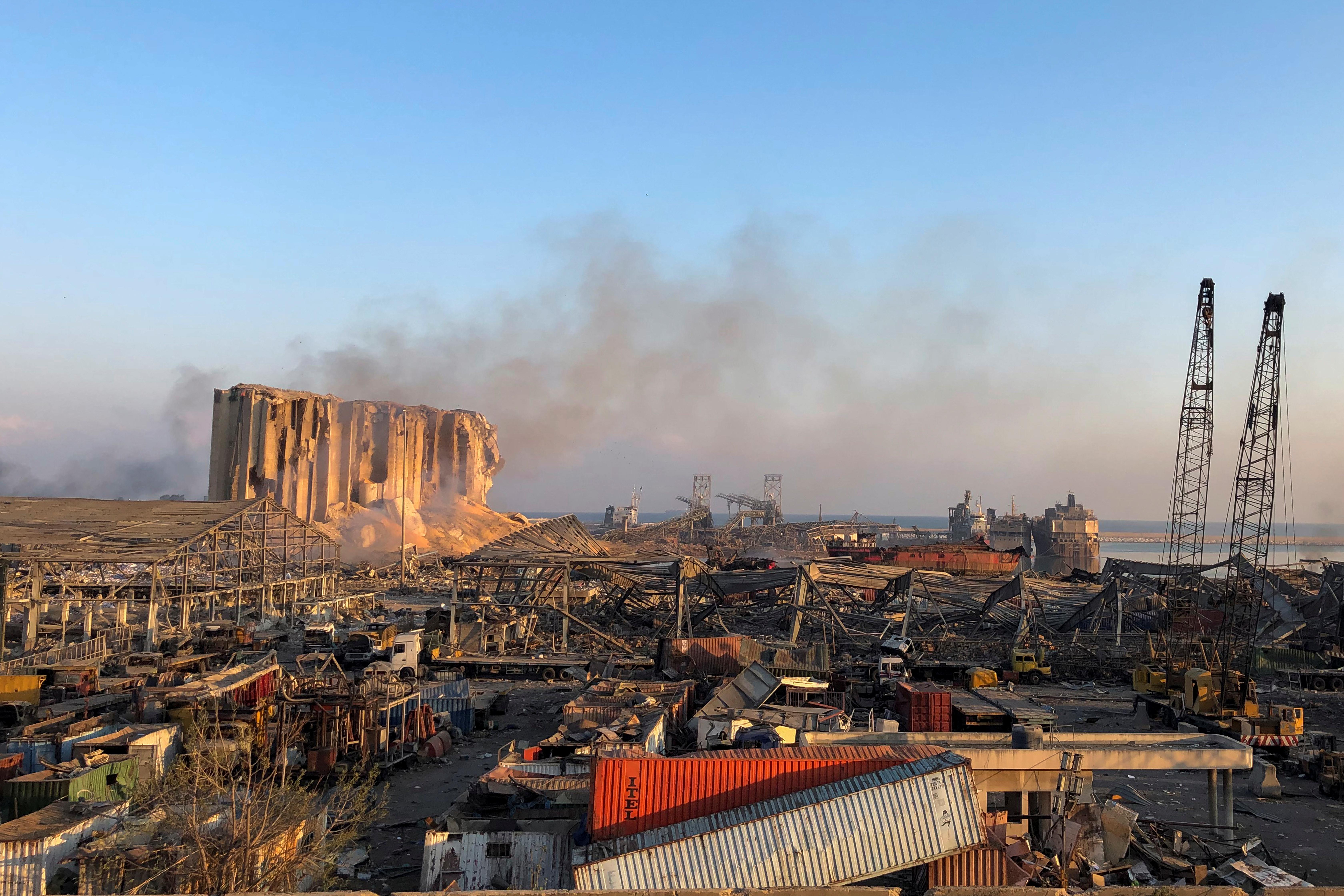 “The blast blew me metres away. I was in a daze and was all covered in blood. It brought back the vision of another explosion I witnessed against the U.S. embassy in 1983,” said Huda Baroudi, a Beirut designer.

Prime Minister Hassan Diab promised there would be accountability for the blast at the “dangerous warehouse”, adding “those responsible will pay the price”.

The U.S. embassy in Beirut warned residents about reports of toxic gases released by the blast, urging people to stay indoors and wear masks.

“There are many people missing. People are asking the emergency department about their loved ones and it is difficult to search at night because there is no electricity,” Health Minister Hamad Hasan told Reuters late on Tuesday.

Footage of the explosion posted on social media showed a column of smoke rising from the port, followed by an enormous blast, sending a white cloud and a fireball into the sky. Those filming the incident from high buildings 2 km (one mile) from the port were thrown backwards by the shock.

Bleeding people were seen running and shouting for help in clouds of smoke and dust in streets littered with damaged buildings, flying debris, and wrecked cars and furniture.

The explosion came three days before a U.N.-backed court is due to deliver a verdict in the trial of four suspects from the Shi’ite Muslim group Hezbollah over a 2005 bombing that killed former Prime Minister Rafik al-Hariri and 21 others. 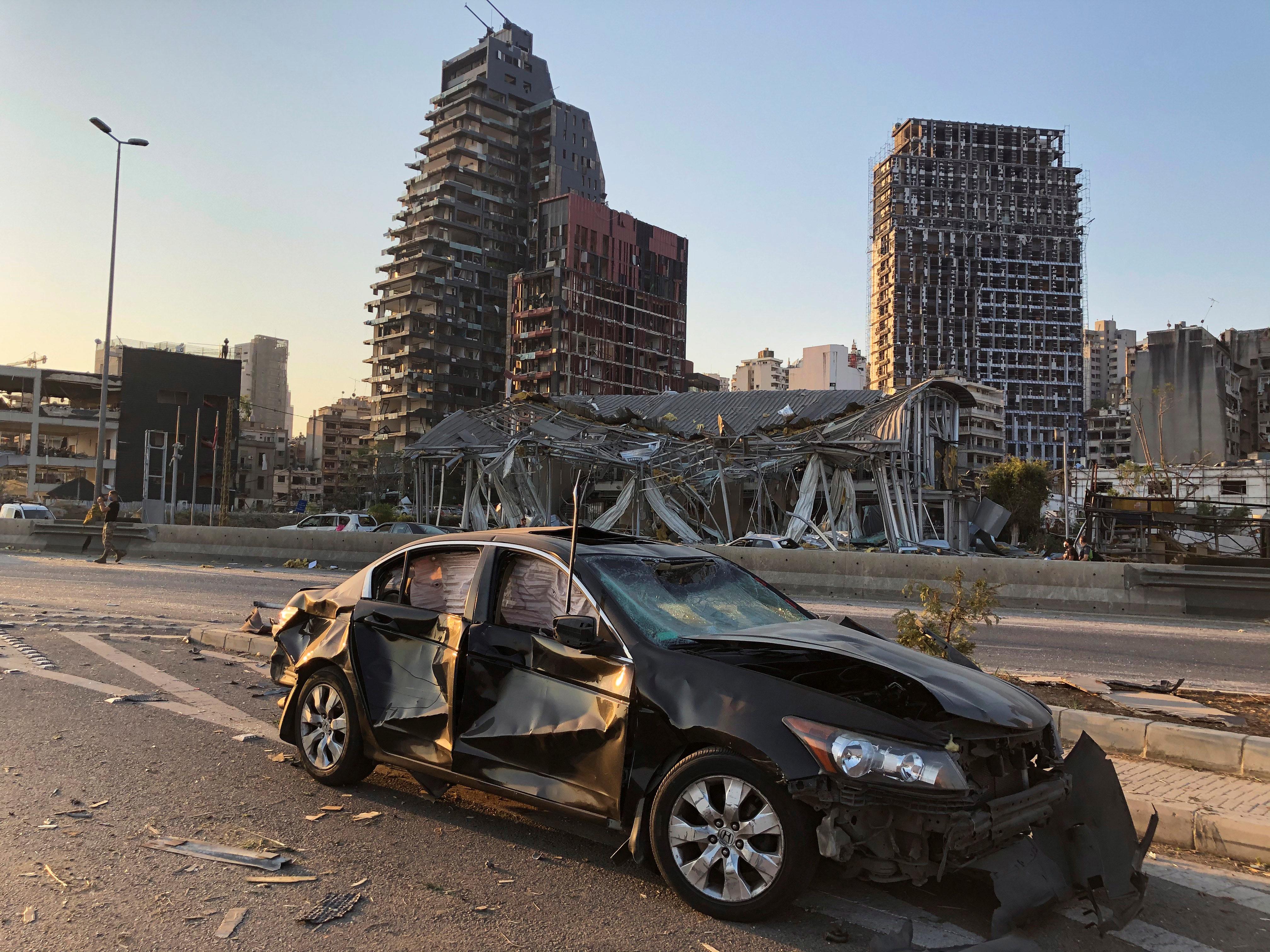 Hariri was killed by a huge truck bomb on the same waterfront, about 2 km (about one mile) from the port.

Officials in Israel, which has fought several wars with Lebanon, said it had nothing to do with the blast and said their country was ready to give humanitarian and medical assistance.