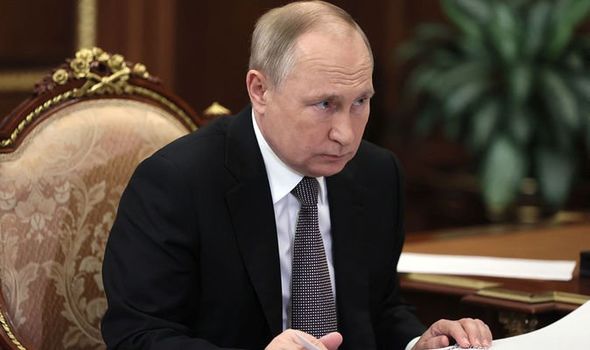 And Sir John Sawers compared the possibility of a Russian invasion of Ukraine to US forces entering Iraq in 2003, saying the Kremlin knows “they cannot occupy and hold Ukraine”. He said the prospect of a long military struggle against insurgent fighters could put off Vladimir Putin from ordering an attack.

But almost 5,000 coalition troops were killed during the eight-year conflict.

Sir John told the BBC’s Today programme: “We know from watching US forces in Iraq in 2003 that a major, sophisticated army can march to the capital and depose a government.

“The really difficult thing is to hold that territory. Ukraine is the size of Germany and France put together…can they hold the country?

“I think the real long-term cost to Russia would be if the Ukrainian forces fought a long-term insurgency.”

He added: “It’s right that we build up the cost to Russia now, make clear both from the military side and an economic side that they will pay a price, to try to deter them from the option of a major invasion.”

Defence Secretary Ben Wallace is preparing for talks with his counterpart in Moscow this week.