In an ironic twist, South African Riaan Naude, 55, who regularly uploaded pictures of the animals he has slaughtered, was himself gunned down for reasons which have yet to be established. Police said he was found dead next to his vehicle in the South African province of Limpopo, known for its vast wildlife reserves, including part of the world-famous Kruger National Park. 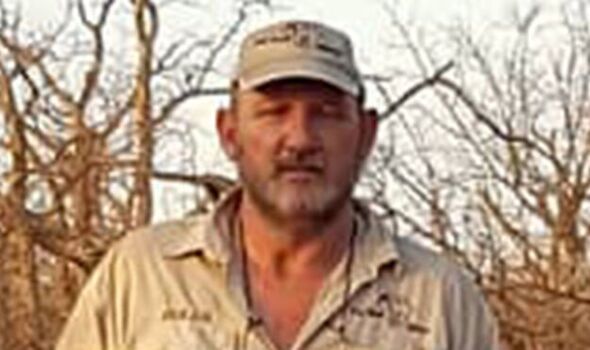 South African Police Service spokesperson Lieutenant Colonel Mamphaswa Seabi said: “The man was lying with his face up and there was blood on his head and face.”

Naude ran the Pro Hunt Africa firm, described on its website as a “hunting and Eco Safari outfit” in northernmost South Africa.

The Heritage Protection Group, a not-for-profit group which campaigns against rhino poaching, suggested Naude had stopped his vehicle on the side of the road after it overheated roughly 5km from Mokopane.

One man apparently “shot him in cold blood at close range” after a second vehicle pulled up next to him.

Two suspects are then thought to have exited the car, stealing a gun from Naude before getting back into their own vehicle and driving towards the town of Marken.