Atlantic hurricane season officially starts in June, but this year it has started early with the arrival of Tropical Storm Arthur. The National Hurricane Center (NHC) is currently monitoring the system as it tracks near the US coast.

Where is Tropical Storm Arthur?

According to the National Hurricane Center, Tropical Storm Arthur is currently moving in a north-northeastward direction.

Arthur currently has maximum sustained wind speeds of 40mph, according to the NHC’s 8am (EDT) advisory on Sunday.

The storm is currently 355 miles south-southwest of Cape Hatteras in North Carolina, and is moving at speeds of about 9mph. 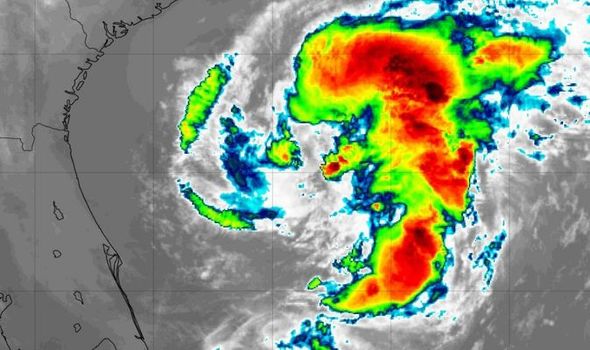 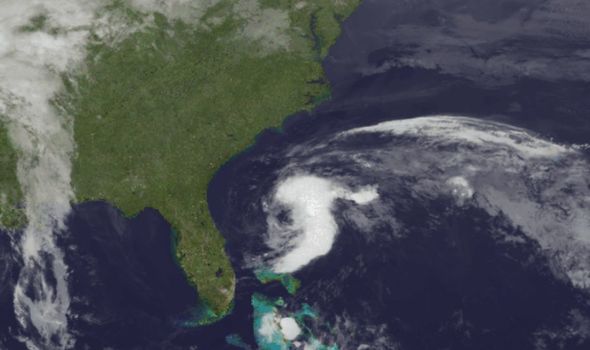 A Tropical Storm warning has been issued for Surf City to Duck NC, and Pamlico and Albermarle Sounds.

“On the forecast track, Arthur will remain well offshore the east coast of Florida, Georgia, and South Carolina today, and then move near or just east of the coast of North Carolina on Monday.” 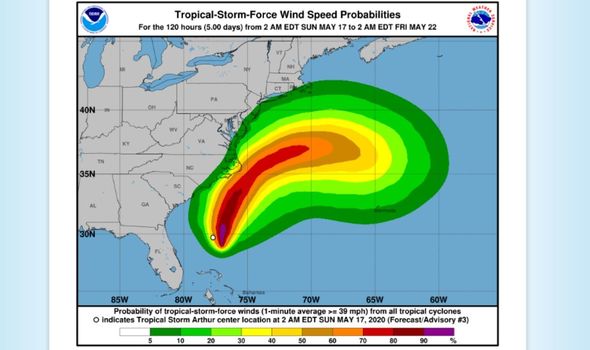 Tropical storm conditions are expected within the warning areas on Monday.

Arthur is expected to produce one to three inches of total rainfall over coastal regions of North Carolina tonight and on Monday.

However locally some areas could see much higher amounts of rainfall.

Arthur is also generating swells in parts of the US southeast coast, which are predicted to spread northward along the mid-Atlantic coast over the coming days.

The NHC warns “life-threatening surf and rip current conditions” could be possible.

So far the impact of Tropical Storm Arthur has been felt in South Florida, with areas such as Miami and Ft. Lauderdale witnessing heavy rain of almost two inches per hour.

A flash flood warning was issued for Miami-Dade County, while thunderstorms and strong winds hit some parts of the metro area on Saturday evening.

By Tuesday Arthur is forecast to weaken to a non-tropical low-pressure system off the mid-Atlantic coast. 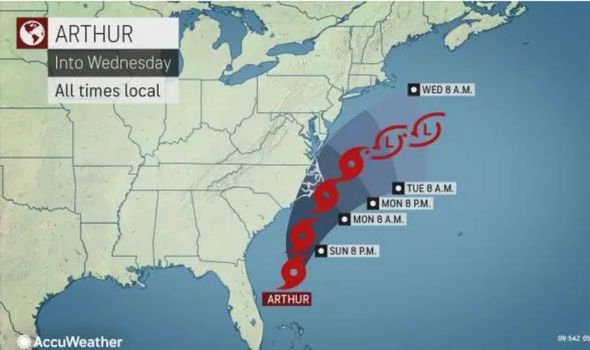 When is the Atlantic hurricane season?

Since 2015 at least one named storm has developed before Atlantic hurricane season is officially scheduled to start in June.

After Arthur, the next named storms which form in the North Atlantic will be named Bertha, Cristobal and Dolly for the 2020 season.

The 2019 Atlantic hurricane season was the fourth consecutive year of above-average hurricane activity, with 18 named storms.