WASHINGTON (Reuters) – U.S. President Donald Trump said on Thursday he was confident the coronavirus may have originated in a Chinese virology lab, but declined to describe the evidence, ratcheting up tensions with Beijing over the origins of the deadly outbreak. 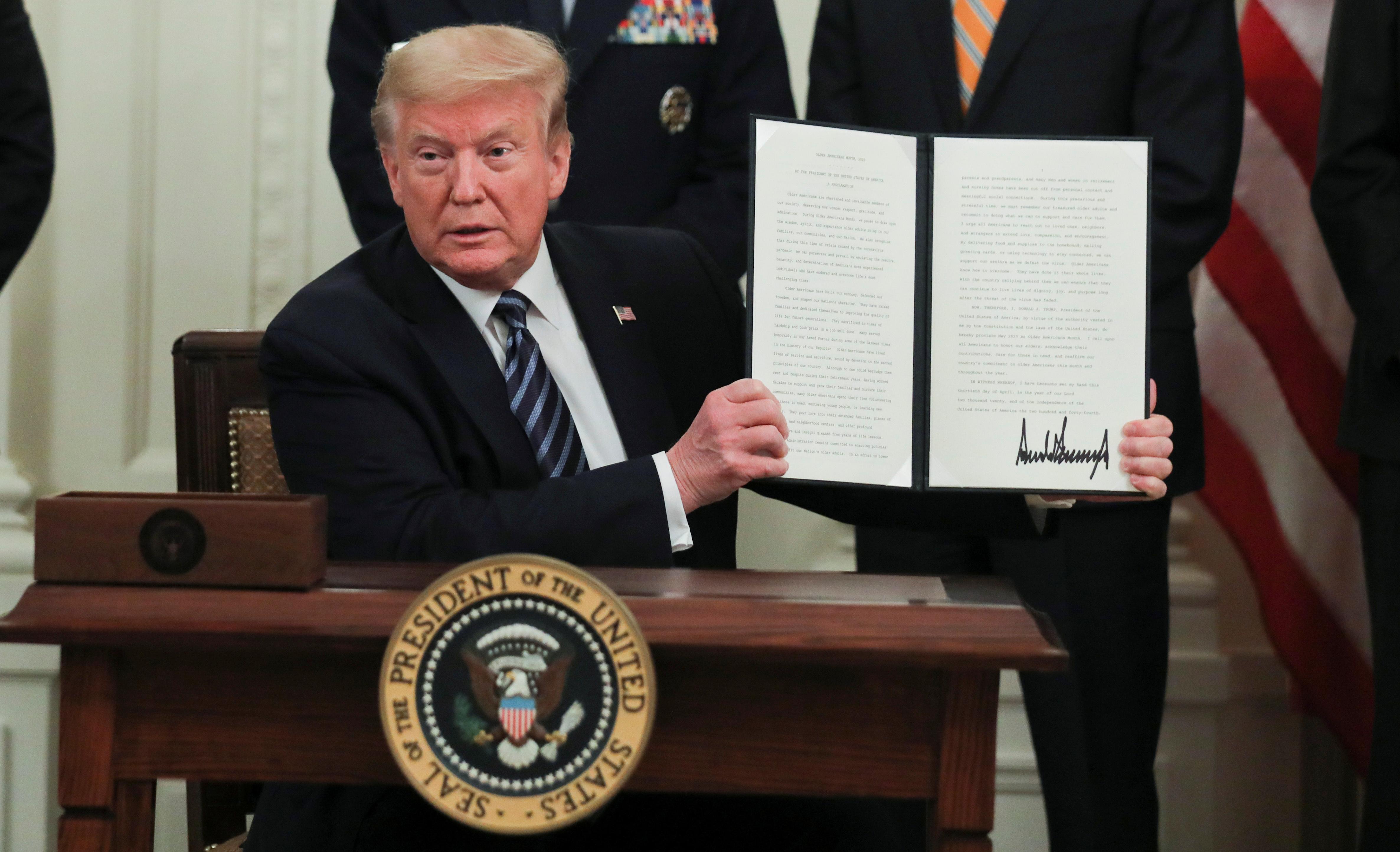 Trump did not mince words at a White House event on Thursday, when asked if he had seen evidence that gave him a “high degree of confidence” the virus came from the Wuhan Institute of Virology.

The Chinese state-backed Wuhan Institute of Virology has dismissed the allegations, and other U.S. officials have downplayed their likelihood. Most experts believe the virus originated in a market selling wildlife in Wuhan and jumped from animals to people.

Trump has shown increasing frustration with China in recent weeks over the pandemic, which has cost tens of thousands of lives in the United States alone, sparked an economic contraction and threatened his chances of re-election in November.

The Republican president said previously his administration was trying to determine whether the coronavirus emanated from the Wuhan lab, following media reports it may have been artificially synthesized at a China state-backed laboratory or perhaps escaped from such a facility.

U.S. Secretary of State Mike Pompeo said on Thursday it was not known whether the virus came from the lab.

The spread of the coronavirus, which causes the respiratory disease COVID-19, has contributed to a deepening rift between the Trump administration and China. Beijing has suggested the U.S. military might have brought the virus to China and Trump has said China failed to alert the world to the risks in a timely and transparent fashion.

Trump also said on Thursday it was possible that China either could not stop the spread of the coronavirus or let it spread. He declined to say whether he held Chinese President Xi Jinping responsible for what he feels is misinformation about the emergence of the coronavirus.

Trump said of China’s efforts to get to the bottom of how the virus emerged: “At least they seem to be trying to be somewhat transparent with us.”

“But we’re going to find out. You’ll be learning in the not-too-distant future. But it’s a terrible thing that happened – whether they made a mistake or whether it started off as a mistake and then they made another one. Or did somebody do something on purpose?” he said.

Trump told Reuters in an interview on Wednesday that he was looking at different options in terms of consequences for Beijing over the virus. “I can do a lot,” he said.