DONALD Trump has warned Americans to “be prepared for hard days that lie ahead” during the country’s most recent daily coronavirus briefing.

Addressing the room in an uncharacteristically quiet and serious tone, the president said that the next two weeks would be “very, very painful.”

White House coronavirus taskforce response coordinator Dr Deborah Birx said that models predicted the Covid-19 pandemic could claim 100,000 to 240,000 lives in the US – even with mitigation measures in place. 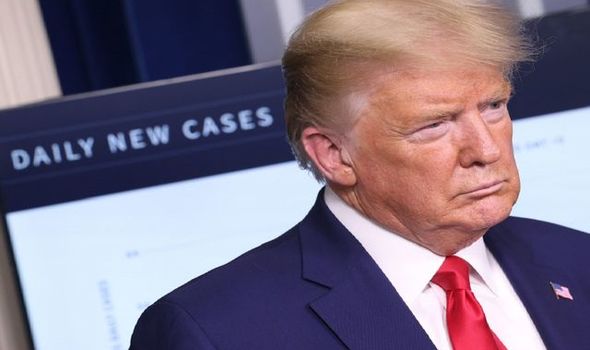 She said this number could be lower if people changed their behaviour.

Without such mitigation, Dr Birx said, deaths in the US could reach numbers between 1.5 million and 2.2 million.

Trump said: “We’re going to go through a very tough two weeks and then, hopefully, as the experts are predicting… we’re going to start seeing some real light at the end of the tunnel.

“Every one of us has a role to play in winning this war.

“Every citizen, family, and business can make the difference in stopping the virus. This is our shared patriotic duty.” 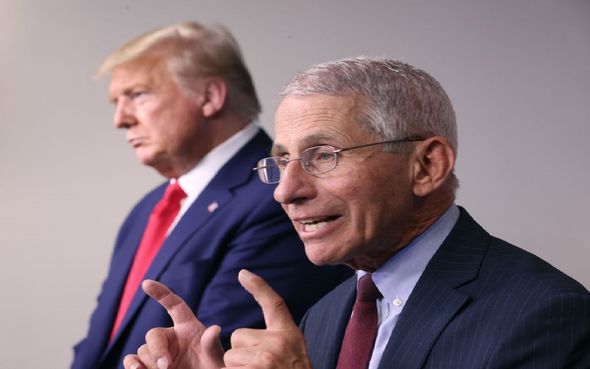 Mr Trump added that since January 29, more than 25,000 Americans have been repatriated from more than 50 countries worldwide, where he said they were “in some cases, locked in.”

He also said that government loans to help small businesses pay staff and stay afloat would soon be available and that applications will open up this Friday April 3.

In terms of medical kit, Trump claimed that the country has “almost 10,000” ventilators ready to go, but that the country is “holding back” on delivering them for now in preparation for a predicted surge of cases.

Ventilators have been a key item of high demand throughout the crisis so far.

These medical devices help patients to breathe in the event that they are experience respiratory difficulties, such as those caused by Covid-19.

Trump also suggested that some of the current social measures in place to help limit the spread of the virus could continue on into the future after the pandemic.

He said: “I wouldn’t be surprised to see this going on long into the future when this virus is gone, defeated.

“Some of the things we’re doing now will be very good practice for the future, including for not getting the flu, which is very devastating also.”

He cited examples of distancing measures including “shaking hands or not shaking hands, washing hands all the time, staying a little apart.”

He also claimed that the US government is sending planeloads of supplies to help communities.

Trump’s public attitude towards the virus seems to have changed in recent days as the severity of the pandemic has become increasingly apparent.

He had previously announced ambitions to restart the US’ economy by Easter.

However, he declared on Sunday that current guidelines urging citizens to socially distance themselves would be extended to April 30. 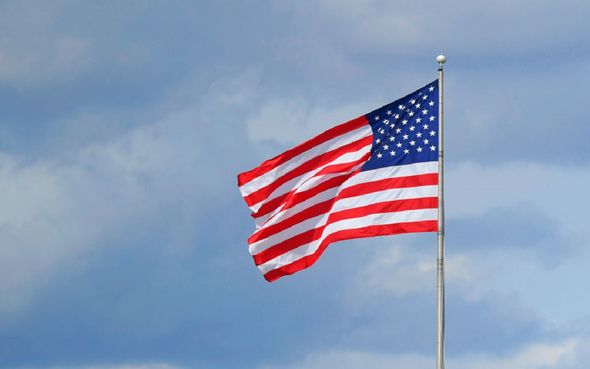 The US continues to have the most confirmed cases of coronavirus in the world.

In the UK, there are currently 25,150 confirmed cases according to the latest government figures, with 1,789 deaths.