Jeffrey Epstein, convicted sex offender, was arrested last summer on charges relating to sex trafficking. He killed himself before his trial, but US authorities are continuing their investigation into Epstein’s alleged international sex trafficking ring. Epstein’s former girlfriend and long-time associate Ghislaine Maxwell was then arrested last month, on charges related to the financier’s sexual abuse of young women and girls during 1994-1997.

President Donald Trump has also been associated with the disgraced financier.

Photographs of Mr Trump and First Lady Melania Trump with Epstein and Ms Maxwell were taken in February 2000.

Author of the newly-released ‘Prince Andrew, Epstein and the Palace’, Nigel Cawthorne, told Express.co.uk that Mr Trump may have sent “coded messages” to Ms Maxwell in recent weeks. 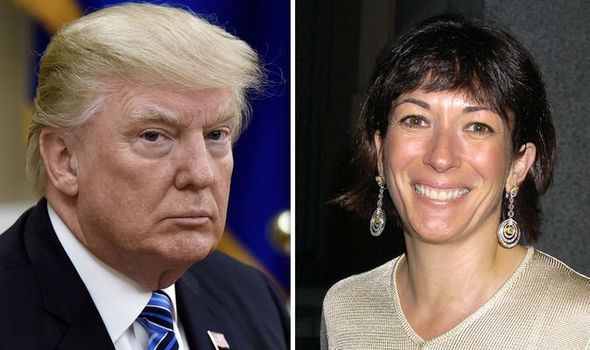 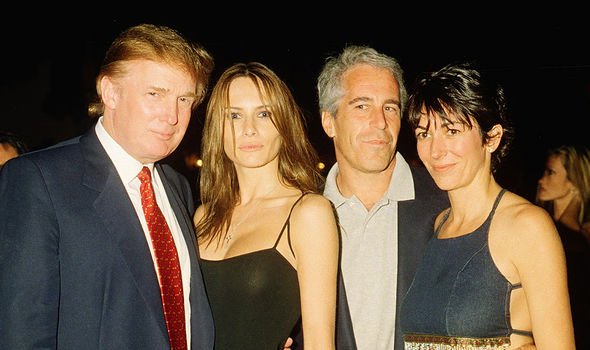 During an HBO Axios interview earlier this week, the President was asked about his previous comments regarding Ms Maxwell.

Mr Trump said: “Well, her boyfriend died in jail and people are still trying to figure out, how did it happen? Was it suicide? Was he killed? And I do wish her well.

He added: “But all it is that her boyfriend died. He died in jail.” 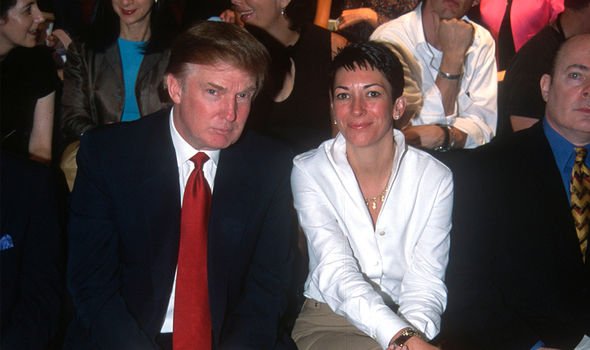 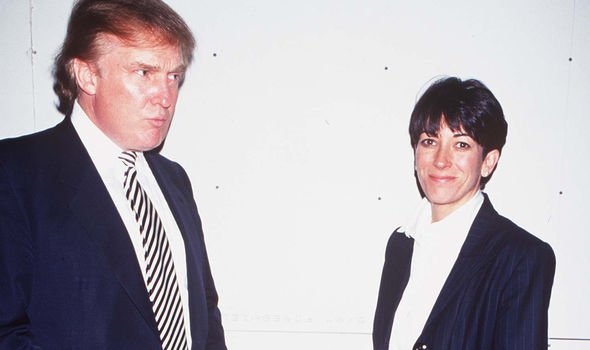 Mr Cawthorne alleged: “This is clearly the third coded message from Donald Trump to Ghislaine Maxwell.”

He continued: “The first one was when he first wished her well, which was followed by White-House’s press secretary connecting Trump’s well-wishes with Ghislaine Maxwell’s death when she said, ‘The president was noting that the last person who was charged in this case ended up dead in a jail cell’.”

The royal biographer claimed that during his interview with HBO, Mr Trump gave the “third kiss of death” to Ms Maxwell, albeit what he means by this is unclear. 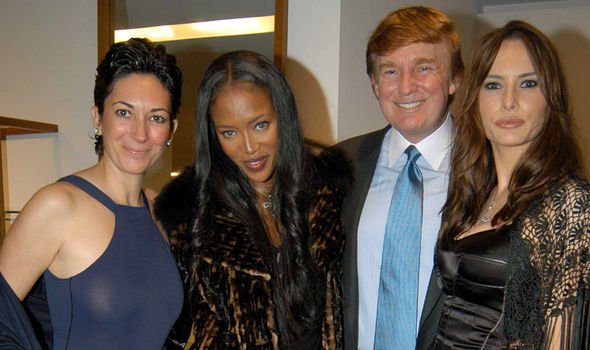 Mr Cawthorne remarked: “Trump introduced the idea that Maxwell could be murdered, by speculating that Epstein was killed even though his Attorney General had concluded that it was suicide.

“This was not Trump’s usual goading of the mainstream media. The US President knew exactly what message he was giving.”

Ms Maxwell denies all charges against her and is scheduled to be tried in a year’s time. She was denied bail.