(Reuters) – U.S. President Donald Trump on Tuesday urged Florida officials to open an Atlantic Coast port to a Dutch cruise ship stuck at sea with a deadly coronavirus outbreak onboard, urging the governor to drop his opposition.

Weighing in on the fate of Holland America Line’s MS Zaandam during a White House briefing, Trump said he would call Florida Governor Ron DeSantis, who has declared the vessel unwelcome to prevent its sick passengers from being “dumped” on his state.

“They’re dying on the ship,” Trump said, adding, “I’m going to do what’s right, not only for us but for humanity.”

The remarks contrast with his response in February to a different cruise ship, the Grand Princess, which he said should remain at sea instead of coming into port in California.

The Zaandam, idled off the Pacific coast of Central America after the cruise line announced that some passengers were infected with coronavirus and that four had died, was allowed to sail through the Panama Canal into the Caribbean on Sunday.

Nearly two-thirds of the passengers – those who passed a medical screening – were moved onto the Zaandam’s sister ship, the Rotterdam, before the canal transit, and both vessels are now headed to Port Everglades in Fort Lauderdale, Florida, officials said.

The Zaandam was carrying nearly 1,050 passengers and crew, and the Rotterdam almost 1,450. But it remained uncertain who would be permitted to disembark in Florida, where concerns about the spread of coronavirus were mounting.

“We cannot afford to have people who aren’t even Floridians dumped into South Florida using up those valuable resources,” DeSantis told Fox News on Monday, referring to the state’s medical facilities. He told a news conference on Monday he preferred to send medical help to the Zaandam.

But in a blog posted on the website of Holland America, a unit of world cruise leader Carnival Corp, company president Orlando Ashford urged authorities to show compassion. 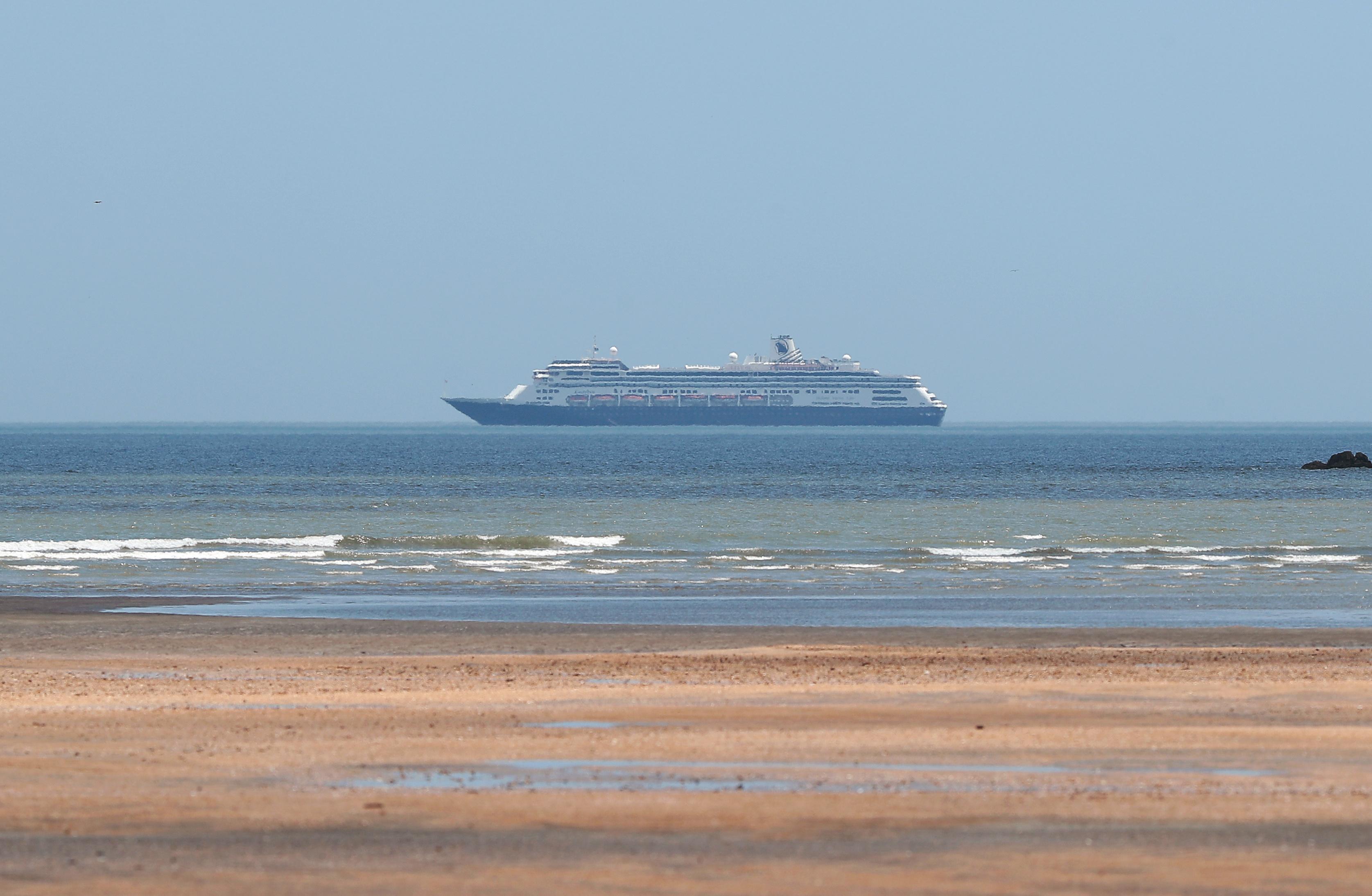 “We are dealing with a ‘not my problem’ syndrome,” he said. “The international community, consistently generous and helpful in the face of human suffering, shut itself off to Zaandam.”

As of Monday, 76 passengers and 117 crew members on the Zaandam were showing influenza-like symptoms, including eight people who have tested positive for COVID-19, the respiratory disease caused by the novel coronavirus, Ashford said.

Broward County Commissioner Michael Udine said plans for the Zaandam were being formulated by a “unified command” consisting of officials from the U.S. Coast Guard, the Broward County sheriff, port authorities, the Florida Health Department and the U.S. Centers for Disease Control and Prevention.

He suggested the governor ultimately may not have the final word on the matter.

“He might have an opinion. I don’t know if it’s up to him,” Udine told Reuters by telephone. “The unified command is going to give us a briefing in the next 24 to 48 hours.”

The Zaandam and Rotterdam were still about two days away from Port Everglades, and could arrive no earlier than Thursday night, Udine said.

Florida lawmakers on Tuesday were deadlocked over whether to welcome the Zaandam, with some seeking more information.

Before the passenger transfers, guests aboard the Zaandam said the vessel was carrying more than 200 British nationals, as well as Americans, Canadians, Australians, Germans, Italians, French, Spanish, Dutch and New Zealanders.

On Tuesday afternoon, the two ships were off the Caribbean coast of Central America, headed for the Straits of Yucatan.

The Zaandam departed Argentina on March 7 and had been scheduled to end its journey in San Antonio, Chile, on March 21. Nobody has disembarked from the vessel since it stopped in Punta Arenas, Chile, about two weeks ago.