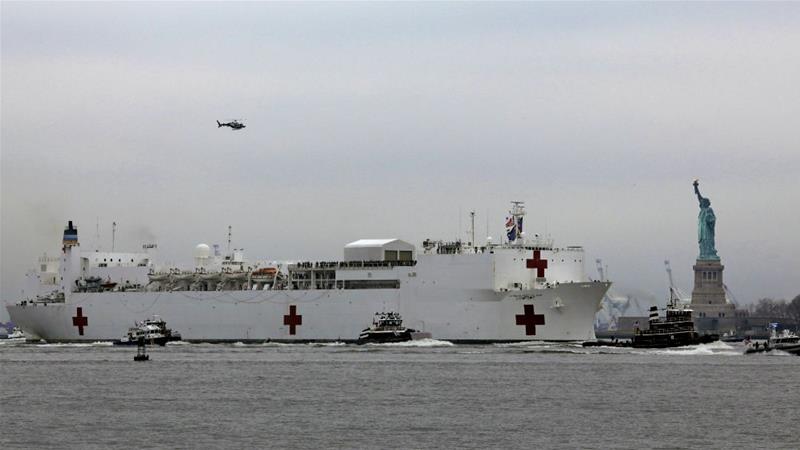 The United States might toughen movement restrictions to curb the spread of coronavirus, with the country now reporting twice the number of cases as China where the outbreak began late last year.

US President Donald Trump told the media that guidelines on social distancing – encouraging people not to gather in groups of more than 10 and avoid dining out – would remain in force until the end of April, and said they could be “toughened a bit”.

In the hard-hit countries of Europe, Italy reported the slowest daily rise in infections for two weeks, although the number of dead rose by 812. In Spain, an additional 800 deaths were reported.

Here are the latest updates.

Japan’s Foreign Ministry is urging citizens not to travel to 73 countries and regions, including the US, Canada, and the United Kingdom.

The country earlier announced new dates for the virus-delayed Tokyo Olympics. The summer games are now scheduled to start on 23 July next year.

Spain is moving to tighten a three-week lockdown to slow the spread of the virus.

Healthcare workers account for about 14 percent of all those confirmed with the virus, which Jose Hernandez, an academic at the University of Cordoba told Al Jazeera “is arguably the most alarming news of all”.

Mexico’s government has announced a health emergency after the number of cases in the country passed  1,000 and deaths increased to 28.

All non-essential activities will be suspended until April 30, and the number of people allowed to gather limited to 50.

Health authorities are also urging vulnerable people and those over the age of 60 years old to observe stay-at-home recommendations.

Cardinal Angelo De Donatis has been diagnosed with the coronavirus, the first cardinal known to have the disease.

De Donatis, who is the vicar general of the Diocese of Rome, has been admitted to hospital, according to the Catholic News Agency. 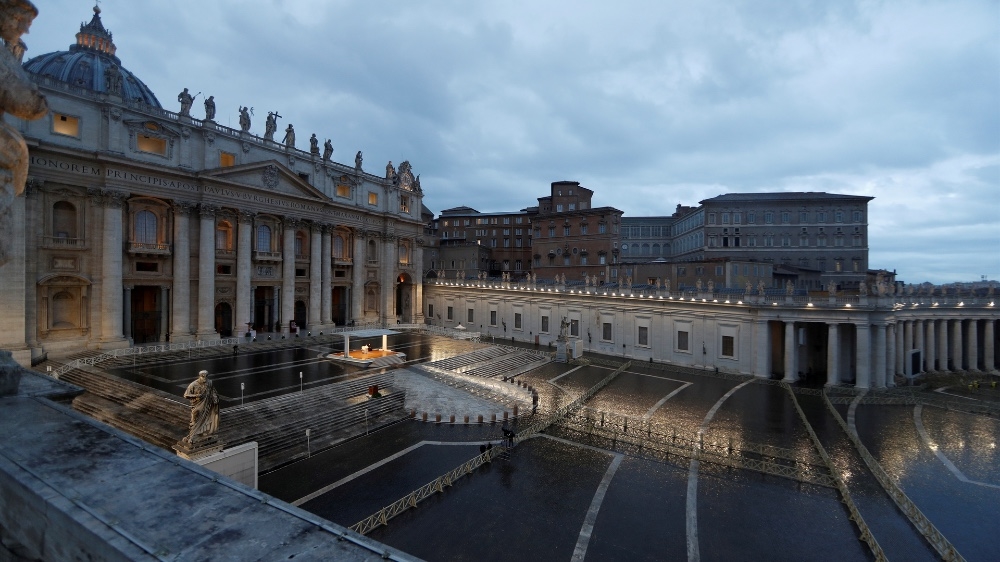 The National Health Commission says all the cases came from overseas and there have been no new local infections.

China requires centralised quarantine for everyone arriving from overseas, and is maintaining strict distancing measures. State media is reminding people that those rules will be strictly enforced.

#COVID19 is far from ending, violations of regulations and law during the epidemic will be punished. Residents in Beijing are urged to strictly follow the epidemic control measures such as wearing masks, not gathering, not having meals together. pic.twitter.com/WfMGNeFqtF

The Pentagon has reported the first death of a US soldier from COVID-19.

The man was a New Jersey Army National Guardsman and had been in hospital since March 21.

Defense Secretary Mike Esper said it was a “sad day” for the country’s military and a “stinging loss”.

Human Rights Watch (HRW) is urging Indonesia to release all those held ‘wrongfully’ in its jails, including all Papua political prisoners amid a growing risk of COVID-19 in the country’s overcrowded prisons.

HRW’s Indonesia researcher Andreas Harsono says the Ministry of Law and Human Rights, which manages the prison system, should also consider alternatives to detention for those nearing the end of their sentences and people jailed for minor offences such as failing to pay a fine.

Harsono says there were 270,000 people in prison as of March 23, more than double the system’s capacity. The trial of six West Papuan activists charged with treason is also continuing with more than 50 others on trial across the country.

Read all the updates from yesterday (March 30) here.