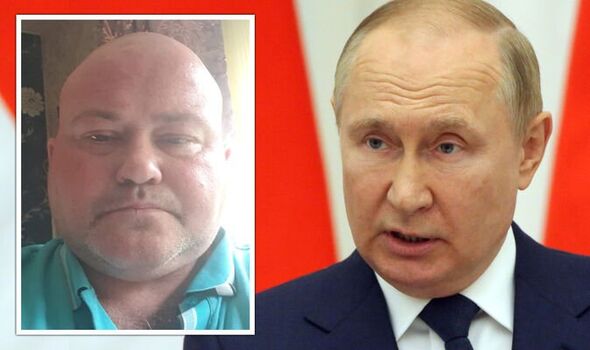 Paul Urey, 45, died on Sunday, according to the human rights ombudsman for the Moscow-supported leadership in Donetsk.

The Russian ambassador to the UK, Andrei Kelin, was summoned to the Foreign Office to face questioning over what happened to Mr Urey, who was detained near Zaporizhzhia in April accused of being a mercenary and a spy.

The family of Mr Urey, originally from Warrington in Cheshire, said they were devastated after his captors announced he had died of “sickness and stress” in prison in the self-proclaimed Donetsk People’s Republic (DPR).

His heartbroken mother, Linda, branded his captors “murderers” who had let her son die. Addressing them directly, she added: “I hate you all.”

Mr Urey, a father of two, had gone to Ukraine independently without telling his family earlier this year to provide aid to locals caught up in the war.

He was questioned, while handcuffed, about his motives for being in Ukraine on video in May.

Foreign Secretary Ms Truss said: “Russia must bear the full responsibility for this.

“Paul Urey was captured while undertaking humanitarian work. He was in Ukraine to try to help the Ukrainian people in the face of the unprovoked Russian invasion. The Russian government and its proxies are continuing to commit atrocities. Those responsible will be held accountable.”

The ombudsman of the DPR, Daria Morozova, claimed on her Telegram social media channel: “On our part, despite the severity of the alleged crime, Paul Urey was provided with appropriate medical assistance. However, given the diagnoses and stress, he passed away on July 10.”

The fate of two other Britons being held by the DPR remains perilous. Authorities this week announced they were “preparing a place of execution” for Aiden Aslin, 28, and Shaun Pinner, 48, who were captured fighting for the Ukrainian army. They were sentenced to death in a trial in June.