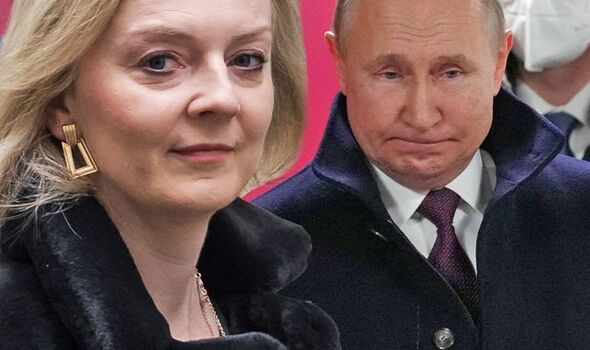 Ms Truss is likely to set out new sanctions against Russia as soon as Thursday if Mr Putin invades Ukraine.

In an astounding new development, in the biggest threat to European security since the end of the Yugoslav wars, Ms Truss has warned that the British Government will attack oligarchs, Bloomberg reported.

The UK is a major financial centre for Russian companies and individuals and the government has long been pressured to apply pressure to those who are linked to Mr Putin. Russian billionaires have been buying property and assets in Britain since the 1990s, much to the blind eye of the nation.

Ms Truss is holding talks with her Russian counterpart, Sergei Lavrov, in Moscow on Thursday.

Russia has repeatedly denied plans to invade Ukraine despite having tankers lined up at the border. The UK has not yet had the legal means to apply sanctions but is continually looking for ways to do so as the threat of war intensifies.