At least 40 people have died and hundreds are feared to be missing in northern Turkey after floods and mudslides demolished buildings and swamped homes.

Emergency crews are continuing to search for more victims and survivors after torrential rain hit the Black Sea coastal provinces of Bartin, Kastamonu, Sinop and Samsun on Wednesday. 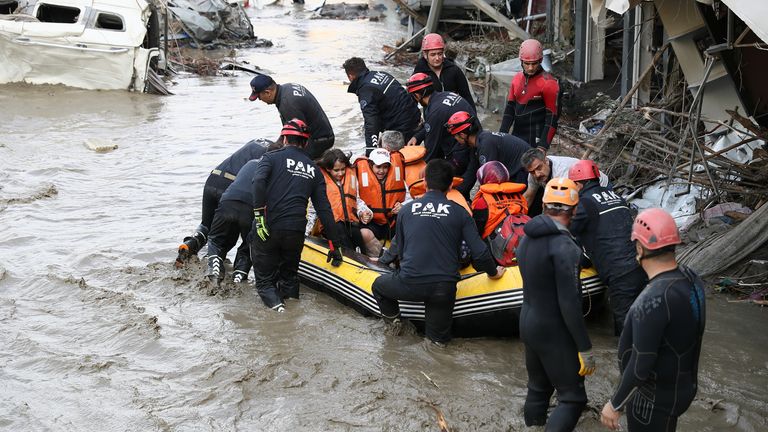 He warned some of the names could be duplicated but the missing included 12-year-old twin sisters and their grandparents who were trapped inside an eight-storey building that collapsed in the town of Bozkurt.

About 2,250 people were evacuated, with some rescued from rooftops by helicopters and many are being housed in student accommodation.

Homes were decimated by the floods, which swept away five bridges, many cars and rendered roads unpassable.

AFAD said 34 people were killed in Kastamonu and six in Sinop, while nine people remain in hospital in Sinop and one person was missing in Bartin province.

A river in Kastamonu burst its banks and flooded the town of Bozkurt, demolishing one waterfront building and badly damaging two next to it.

Emergency crews were seen sifting through the rubble for survivors, with the mother of the missing twins telling the DHA news agency she left the building after authorities advised residents to move their vehicles to higher ground.

When she returned, water had surrounded the building so she could not enter and she watched her daughters waving at her from another building. 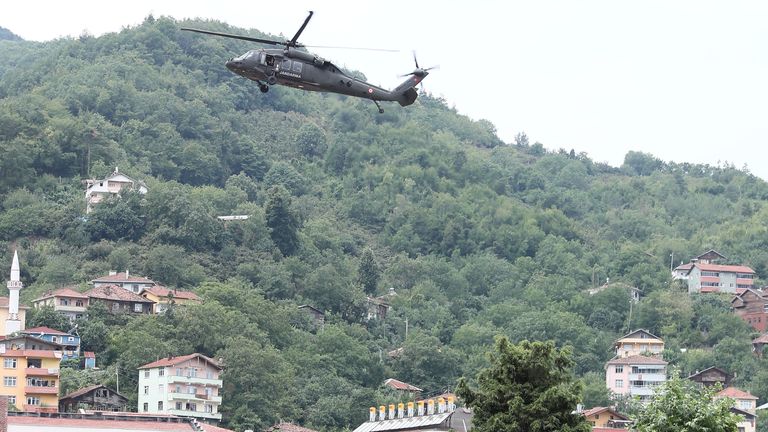 Arzu Yuzel said: “We spoke by phone. They waved from the balcony. They said, ‘Don’t worry, mummy, we are fine.

“They told us ‘move your cars higher’. They didn’t say ‘Save your lives, save your children’. I could have gotten them out of there.”

Bodies were washed up on the shores of the Black Sea, according to Halk TV which showed footage of people carrying a body bag on a beach. 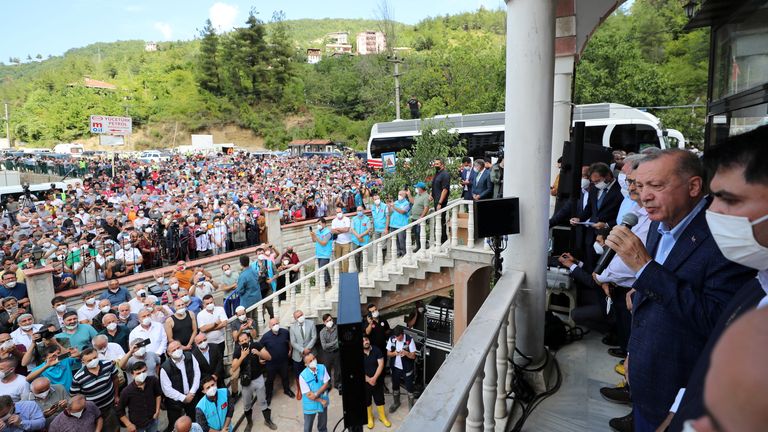 Geologists said construction has narrowed the Ezine river in Bozkurt, where the most damage was, from 400 metres (1,312ft) to 15 metres (49ft).

The floods came as wildfires in southern Turkey finally abated after destroying forests in the popular coastal tourist provinces of Mugla and Antalya.

At least eight people died in the fires and thousands were forced to flee.