KINSHASA (Reuters) – Ibrahim points down to the empty main boulevard in downtown Kinshasa, Congo’s capital, which has resembled a ghost town since April 6 when the government imposed a neigbourhood-wide lockdown in response to the coronavirus pandemic. 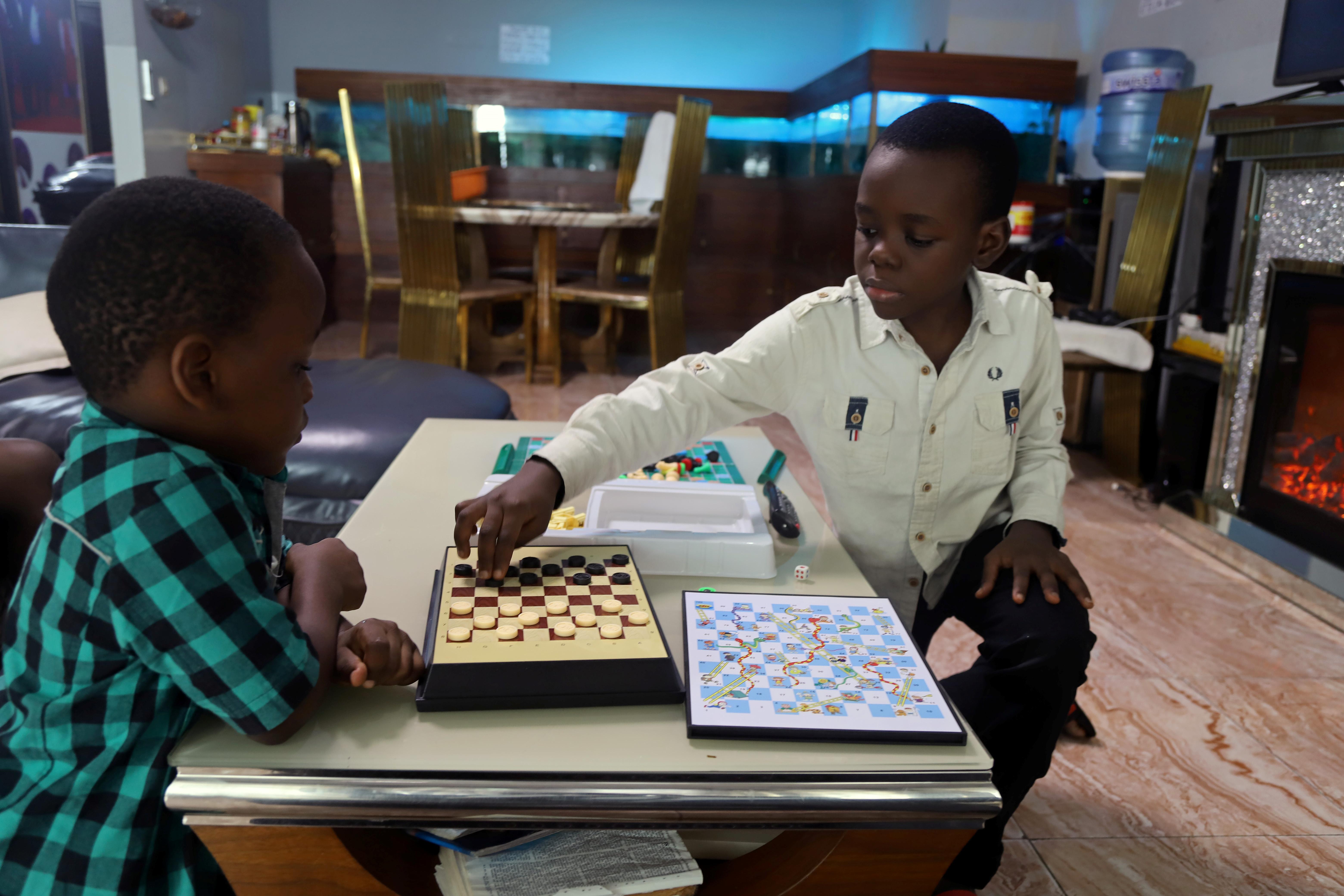 Twenty-three floors below Ibrahim’s home, officials in white hazmat suits spray disinfectant over the usually crowded avenue that slices through the heart of the world’s largest French-speaking city.

“I can’t go and play outside because I risk getting contaminated,” Ibrahim said.

The 11-year-old misses his school friends, but can see the upside. “I am also happy because since the lockdown started we don’t have to study so much,” he said later over the washing up.

Cooped up with his father, three brothers and three sisters in a three-bedroom apartment, Ibrahim is still luckier than most children in Kinshasa.

The vast majority of the city’s 11.6 million residents live in informal settlements crammed with overcrowded shacks. Only 15% have running water in their homes, and a third have their own toilet, according to a survey by the UN children’s fund here (UNICEF).

Congo has suspended commercial flights and ordered schools and restaurants to close among other measures to contain the virus, which has infected over 300 people and killed 25.

But a stringent city-wide lockdown of the type enforced in Europe or in Ibrahim’s plush neighbourhood of Gombe just would not work in poorer districts, said Nick Rice-Chudeau, a water and sanitation expert at UNICEF.

“People have to go outside their house to use the shared latrines,” Rice-Chudeau said. “Even if people could access a water truck, how would they store enough water for more than two weeks at a time?”

Then there’s the problem of money.

“If we do a total lockdown, they won’t be able to find anything to eat,” said Roger Kamba, head of the presidential taskforce on combatting the coronavirus.

For Ibrahim’s father Nathalis, a lawyer, the implications of the lockdown are not so extreme, but it is still a struggle managing a house full of children on his own. His wife Michelle, who works at the finance ministry, was stranded on holiday in South Africa when Congo shut down its airspace on March 20.

Nathalis stockpiled games like scrabble and Uno before the lockdown and lets the kids burn off energy climbing up and down the stairs as he tries to keep to a routine of studying, praying and household chores.

“Her absence pains me, but with God’s help…we’ll survive,” he said.