Soldiers and heavy machinery are being used to search for survivors in Vietnam after landslides triggered by Typhoon Molave killed at least 15 people.

Vietnamese officials said the typhoon, which brought winds of up to 150km (93 miles) per hour, is the worst to hit the country in decades.

The landslides hit remote areas in the central province of Quang Nam late on Wednesday. 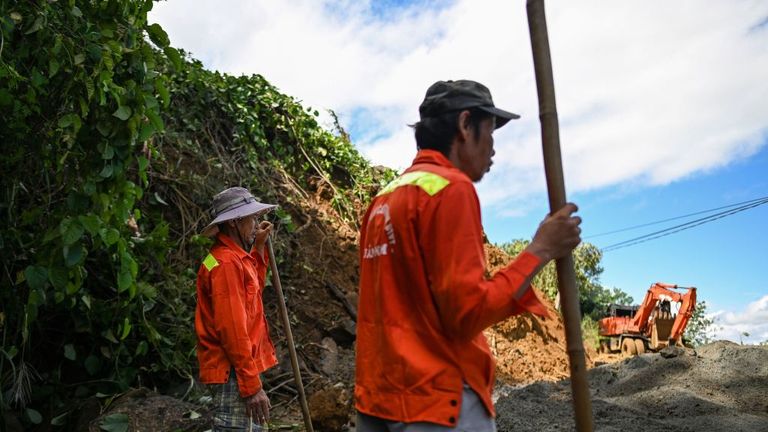 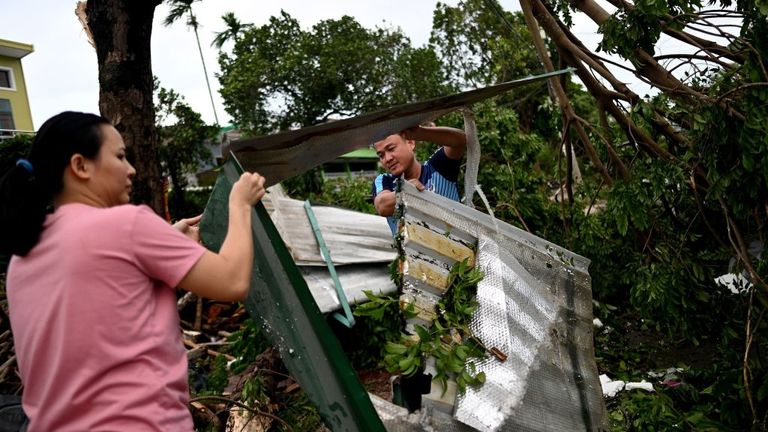 State television said the bodies of 12 fishermen have also been found after their boats sank while trying to return to shore two days ago.

Two navy vessels were mobilised to find them and 14 people are still missing.

Details of possible casualties and damage in other typhoon-hit regions have not yet been reported amid the stormy weather and could cause the toll to rise.

In Tra Leng village, about 45km (28 miles) from Tra Van, another landslide buried a community with several houses occupied by about 45 people, including four who managed to escape.

“We can forecast the storm path or the amount of rain, but can’t predict when landslides happen,” deputy prime minister Trinh Dinh Dung said in a statement.

“The road is covered under deep mud and heavy rains are still lashing the area, but rescue work has to be carried out
quickly.” 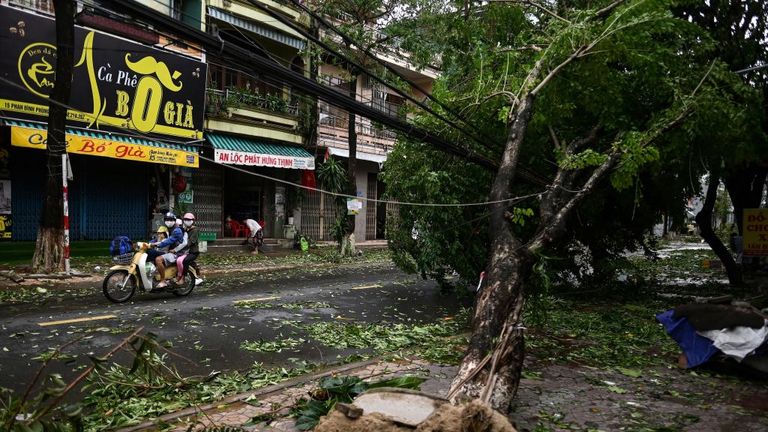 Many villages in the remote region remain inaccessible due to damaged roads and further landslides.

Mr Dung said helicopters would be used to reach the most difficult areas if necessary.

Tra Leng and Tran Van lie in the mountains of Quang Nam, in a coastal region still recovering from floods that killed 136 people and destroyed hundreds of houses earlier this month.

The typhoon blew off roofs of about 56,000 houses and caused a massive blackout in Quang Ngai province, where 1.7 million people endured the typhoon onslaught overnight in darkness, according to local media.

At least 40,000 people were evacuated to emergency shelters and authorities shut down offices, factories and schools. 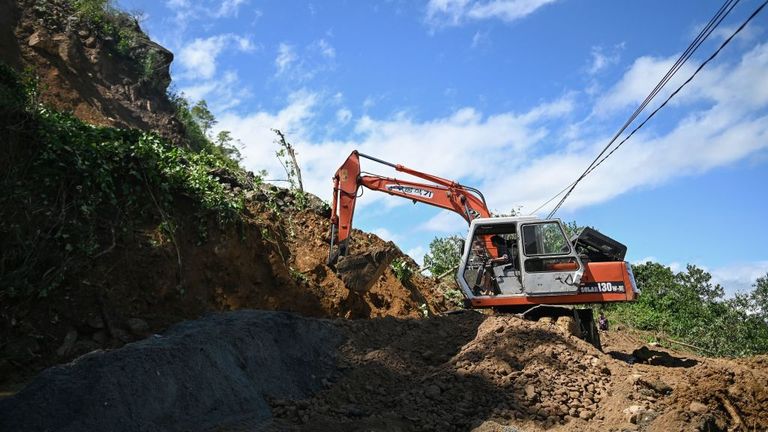 Forecasters have said heavy rain of up to 700mm (27.5in) will continue in parts of central Vietnam until Saturday.

The typhoon left at least 16 people dead in the Philippines before blowing across the South China Sea to Vietnam.