WARSAW (Reuters) – The United States is discussing the situation in Belarus with the European Union after last weekend’s disputed election and subsequent crackdown on protesters, U.S. Secretary of State Mike Pompeo said on Saturday. 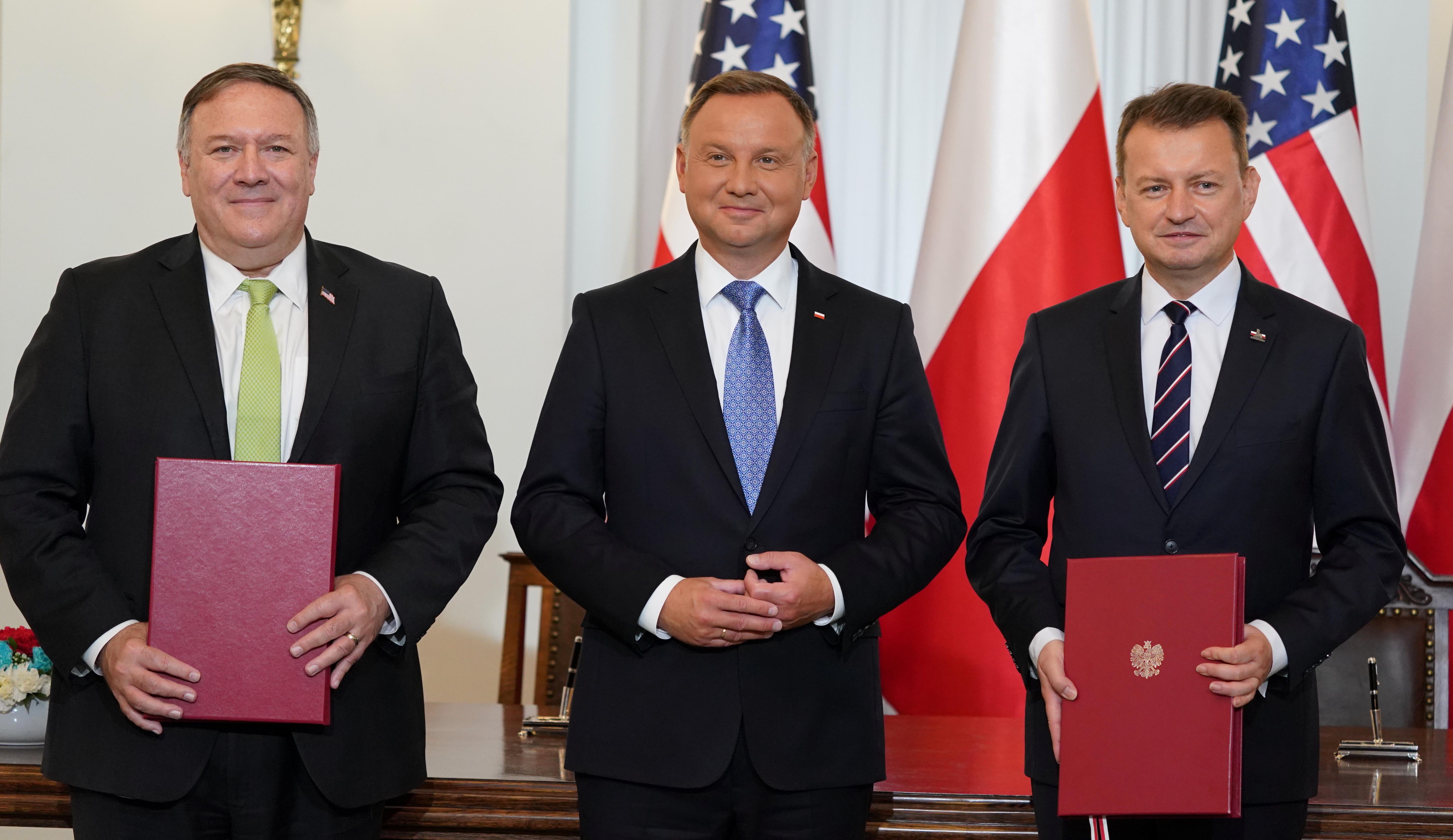 Speaking in Warsaw, his last stop on a tour of central Europe, Pompeo said Washington was tracking the situation in Belarus and the aim of the contacts with the EU was to “try to help as best we can the Belarusian people achieve sovereignty and freedom”.

Security forces have clashed with protesters in Minsk and other cities in recent days after President Alexander Lukashenko claimed a landslide re-election victory in a vote on Sunday that his opponents say was rigged.

The EU on Friday took the first step towards imposing new sanctions on Belarus, instructing its foreign policy arm to prepare a blacklist of responsible individuals.

Speaking at a news conference with Pompeo, Polish Foreign Minister Jacek Czaputowicz said potential sanctions on Belarus should only apply to top officials.

Washington and Warsaw signed a defence pact, agreed last month, which sees the number of U.S. troops in Poland rise to at least 5,500. It will cost Poland around 500 million zlotys ($135 million) per year.

The deal also involves training Polish forces in reconnaissance and command, with the possibility of more U.S. troops coming to Poland in case of an increased threat.

Poland would be able to quickly increase the number of U.S. troops to 20,000 if needed.

Czaputowicz said the presence of American troops is key for Poland’s deterrence and defence potential as Poland is “closer to the potential source of conflict”, a reference to the proximity to Russia and its annexation of Crimea from Ukraine in 2014.