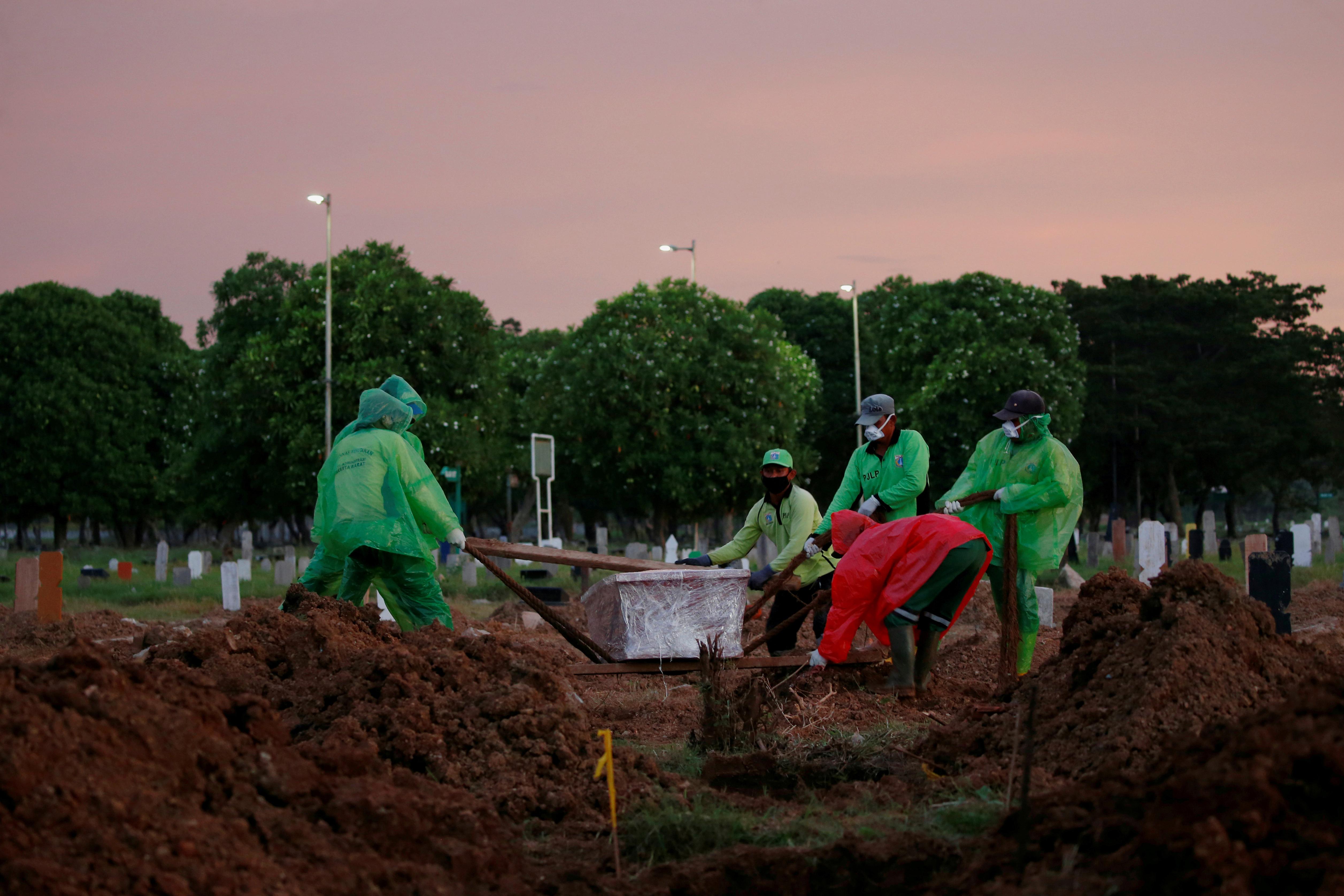 WASHINGTON (Reuters) – Two locally employed staff at U.S. foreign missions, one in Indonesia and one in the Democratic Republic of Congo, have died of the coronavirus, the U.S. State Department said on Tuesday, its first pandemic-related losses among staff.

The employees were based in U.S. embassies in Jakarta and Kinshasa, a representative for the State Department said.

“We do not at this time have any reports of COVID-19-related deaths of American staff within the Department of State’s domestic and global workforce,” the representative added.

The coronavirus outbreak has now killed more than 38,800 people across the world and infected nearly 800,000, according to a Reuters tally. It has upended normal life, closed schools, forced industries to a standstill and has already triggered layoffs worldwide.

Last week, Congo’s president closed the country’s borders and imposed a state of emergency to contain the outbreak. Over 40 people have contracted the virus in Congo and three have died as of March 24.

In Indonesia, the world’s fourth-most-populous country, known cases of the disease have gone from none in early March to 1,528, with 136 deaths.

On Monday, William Walters, deputy chief medical officer for operations at the State Department’s Bureau of Medical Services told reporters in a briefing that the department had 75 cases overseas, and five locally employed staff hospitalised. Domestically, there were 30 cases across nine U.S. cities.