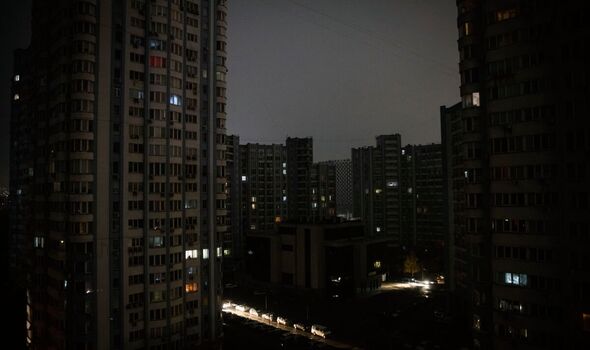 Conservative MP Mark Francois said Kyiv is in need of “practical” assistance as well as military and diplomatic, warning that “no one is more conscious” of the impending cold winter than the people of Ukraine.

The MP for Rayleigh and Wickford has asked businesses to donate unused generators to “help power Ukraine’s hospitals and schools”.

Mr Francois, who is currently pushing to raise awareness of the issue, has called on the Government to join him in his crusade to “power the Ukrainians”.

The MP said: “However harsh a winter we are set for in Britain, it will be as nothing compared to what the brave Ukrainian people will have to endure.

“I learnt from my recent visit with the Defence Committee that they are immensely grateful for British military and diplomatic assistance but they also need practical too – and that means generators, to help power their hospitals and schools.

“The Ukrainians have proved they are incredibly resourceful so even an old generator, which otherwise might be stuck at the back of a warehouse, or an industrial park somewhere, could potentially help save lives.

“We need to help power the Ukrainians, who are, ultimately, now fighting for all of us too.”

Mr Francois called on ministers to join him in his campaign, asking the Government to support a “Power for Ukraine” scheme.

While the Government has pledged to donate around 500 mobile generators to Ukraine, Mr Francois’ proposal would go further with individual businesses pitching in to support the Ukrainian war effort over the winter.

Addressing the House of Commons last week, the MP for Rayleigh and Wickford suggested that British companies “could either sponsor the cost of a generator or provide one if they had one of their own, perhaps in their warehouse or truck park, that is not really doing anything but could save lives in a hospital or other facility in Ukraine.”

At an emergency conference in Paris in early December, Ukrainian President Volodymyr Zelensky said that generators are as important as armour in helping Ukraine survive the winter.

He said Ukraine is currently facing “energy terror” as a result of Putin’s war in Ukraine.

Mr Zelensky told delegates: “We will do everything to counter the blackout and the energy terror. Most of our power plants are damaged or destroyed by the bombings.

“Every day our engineers have to disconnect millions of Ukrainians for these repairs. Currently, there are 12 million.

“And every day we expect new Russian strikes. That’s why the generators have become as important as armour to protect the population.”

Putin’s forces have repeatedly targeted the Ukrainian power grid and other critical infrastructure in missile and drone attacks since early October.

Kremlin spokesperson Dmitry Peskov said: “The Ukrainian side needs to take into account the realities that have developed during this time. And these realities indicate that new subjects have appeared in the Russian Federation.

“They appeared as a result of referendums that took place in these territories. Without taking these new realities into account, no kind of progress is possible.”