Thermometers across swathes of the UK will rocket into the mid-30Cs before the end of August, forecasters warn. 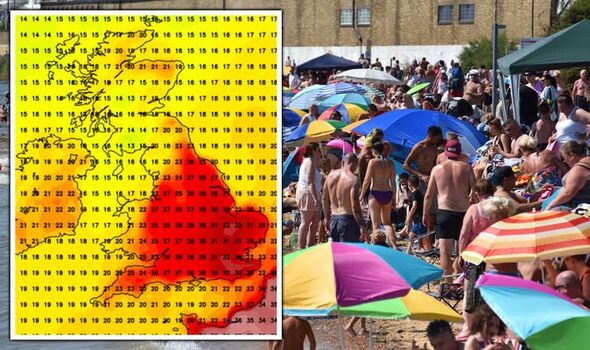 The “forcefield” of stubborn high pressure responsible for roasting the nation through the past two months will “not give up without a fight”.

Sun-lovers will bake over the August Bank Holiday as summer ends with Britain back in the furnace.

James Madden, forecaster for Exacta Weather, said: “Summer-like conditions are likely to return towards the end of the month, in time for the August Bank Holiday.

“With this comes the potential for the weather to turn very hot once again for several days, particularly in parts of southern England. Temperatures, which could reach the mid-30Cs in parts, once again look like they are about to go blowtorch.”

Weather carts show highs back in the 30Cs across south-eastern England during the last week of August– the end of the meteorological summer.

Southern regions will reach the high-20Cs and the low-30Cs while central England hovers between 30C and 26C. Temperatures will be much lower further north with highs of 14C in parts of Scotland and 15C in northern England. 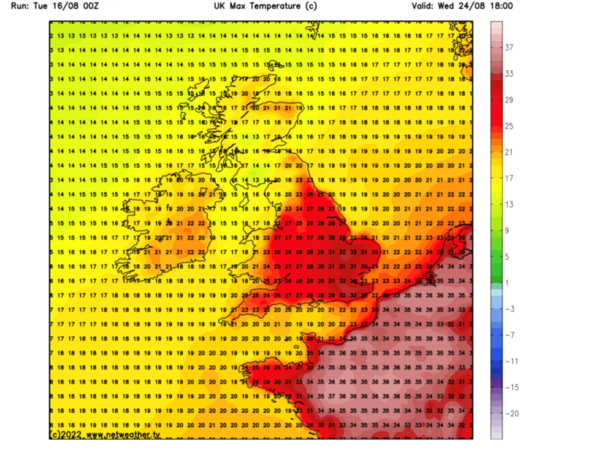 Meteorologists have “concerns” high pressure, the driver for July’s 40.3C heat surge, will once again smother southern Britain and reignite the furnace.

Weathertrending’s John Hammond said: “The “heat dome”, which has dominated the weather across much of western Europe, will not give up without a fight.

“My concern for southern areas is that as high pressure tries to build back again, so the weather will trend drier and warmer once again. Computer models are vague and ambiguous.

“My suspicion remains that they are under-playing the stubborn forcefield of high pressure which has proved far more prevalent across southern areas of the UK and much of the near-Continent than they had anticipated.”

The warning comes as swathes of Britain are drenched by torrential downpours and thunderstorms. Met Office warnings are in force today across southern Britain for heavy rain and the risk of flooding. Northern Ireland and Scotland will be fine and dry under high pressure as low pressure douses the south.

Met Office meteorologist Aidan McGivern said: “High pressure ridges into Scotland and Northern Ireland on Wednesday to bring a fine day here, but weather fronts and low pressure in the south will bring some heavy rain and some prolonged rain, and then further thunder showers break out. 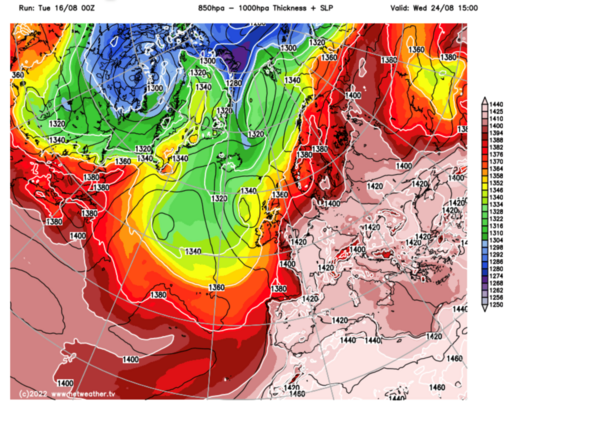 “The focus by Wednesday afternoon will be East Anglia and southeast England where slow-moving torrential downpours will bring some really significant amounts of rain in a short time.

“We need rain in that part of the world but not that much in just a few hours so that could cause some issues and lightning and hail and additional hazards.”

Temperatures will plunge under the showers with thermometers dipping below average in parts for the first time in weeks, he added.

He said: “Temperatures will be at or slightly below average in the north and not far from average in the south, so that cooling off process is happening at the moment.”

As rain clouds gather, bookmaker Ladbrokes has slashed the odds on August turning out to be the wettest on record.

Spokesman Alex Apati said: “We’re clinging on to the last bit of summer with record-breaking rain imminent, according to the latest odds.” 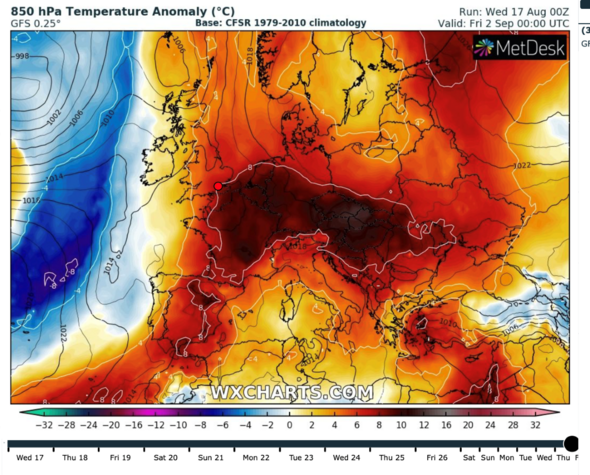