Britain has had its fair share of extreme weather this year, with no less than five storms smashing into the nation, the latest being Storm Francis. Now, the weather pattern across Europe is pointing towards an Indian Summer, meaning a period of unseasonably warm and dry weather.

The much warmer weather is expected to develop over the weekend.

According to Severe Weather Europe, an “extensive omega blocking pattern” will strengthen this weekend and into next week.

In its forecast for the week ahead, the weather site wrote: “A powerful surface high-pressure system will spread across a large part of Europe and bring stable and very hot weather in many areas.

“In response to a changing pattern, a very strong warm advection will spread from the south into central and northern Europe. 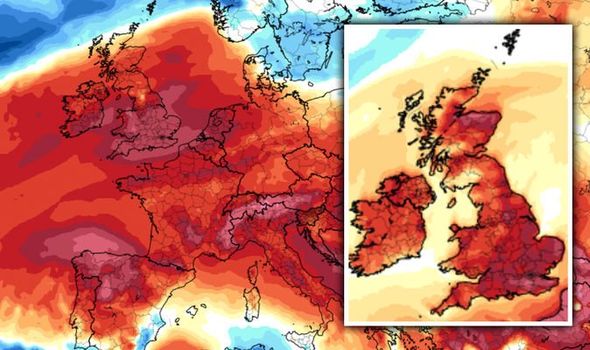 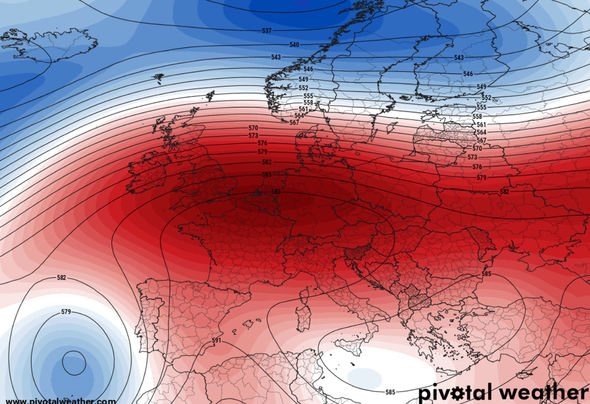 “It will bring a stable, around a week-long period of very warm to hot days.”

The scorching heat will first move into Europe on Sunday form the south.

Temperatures on Sunday will reach up to 33C in France, up to 28C in southern Germany while low 20s can be expected in England.

The heat will then move over central, eastern and western Europe.

Severe Weather Europe reports it will be six to 10C warmer than the long-term average for many areas across the continent. 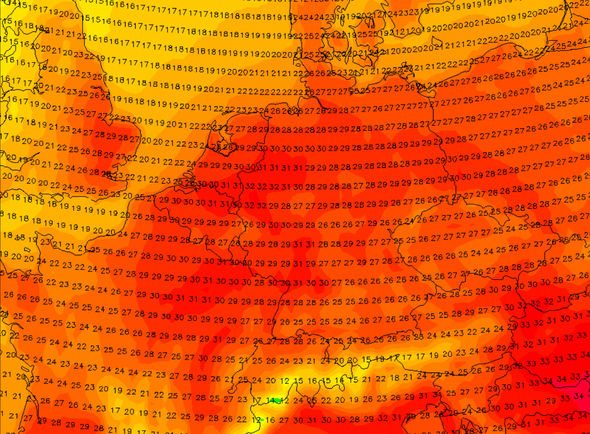 The forecast said: “Warm advection begins with a much stronger intensity on Monday.

This pattern is likely to continue on Tuesday, although it might move slightly away from the UK.

A warm air mass is likely over southern Scandinavia on Tuesday as a “strong upper ridge” dominates.

By Wednesday, western Europe will cool down as an Atlantic air mass comes closer into the southwest part of the European continent.

Temperatures will likely return into normals over the UK and Ireland by mid-week next week.

The UK’s national weather forecaster wrote: “The start of the period is likely to bring a change to the weather seen in recent weeks, with conditions expected to become more settled in the upcoming days. 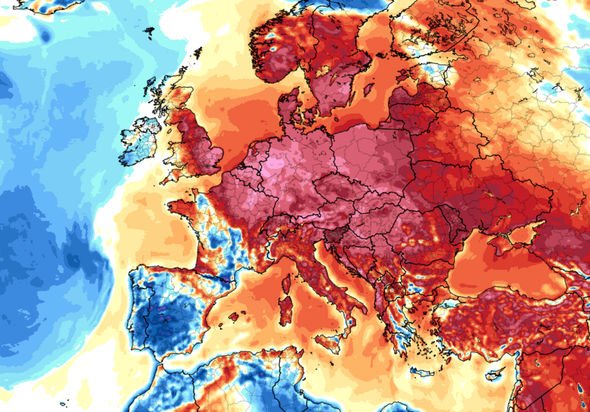 “This settled weather looks set to bring temperatures to above normal for most, with the South possibly seeing warm or very warm temperature at times.

“The warm weather in the south could also harbour some thundery activity, particularly for the South West after a prolonged warm spell.

“Uncertainty lies in the duration of the settled weather, with a potential return to more changeable, unsettled weather by the end of the period.”