According to the Met Office, temperatures peaked at 28C (82F) in Budapest, Hungary and 26C (78F) in Athens, Greece today. Elsewhere in the continent, Berlin in Germany recorded temperatures of 27C (80F) and Warsaw, Poland saw highs of 25C (77F).

WXCharts’s Temperature Anomaly chart claimed the high temperatures across Central and Eastern Europe were an “unseasonable warmth” and higher than average for this time of year.

The latest minimum and maximum temperature charts from the company also show the UK will experience warm weather of up to 22C (71F) later this month as the mercury gets hotter.

There will also be warmer spells in part of the north and east of England will temperatures ranging between 18C (64F) and 21C (70F). 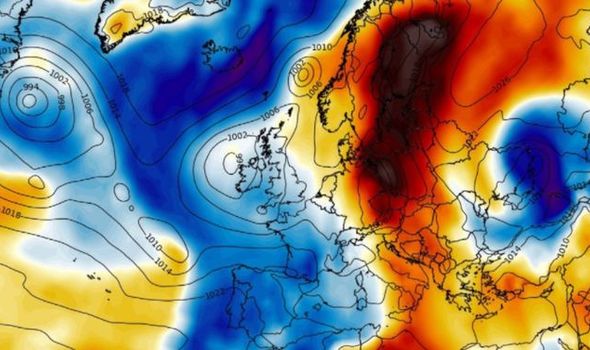 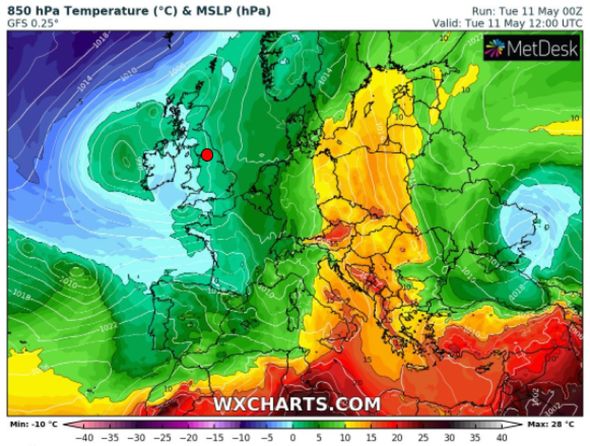 Wales and the South West of England will feel slightly more moderate with temperatures ranging between 14C (57F) and 18C (64F), according to the charts.

The latest long-range forecast from the Met Office between May 16 and 25 also says the best of any warmer spells would be “in the southeast.”

Net-Weather’s long-range forecast for next week, added: “It will perhaps be briefly finer and quite warm, then probably cooler and unsettled again with showers.

“A few further chilly nights possible. An increasingly finer, sunnier, warmer weather picture is indicated towards the end of this period especially in the North and West.” 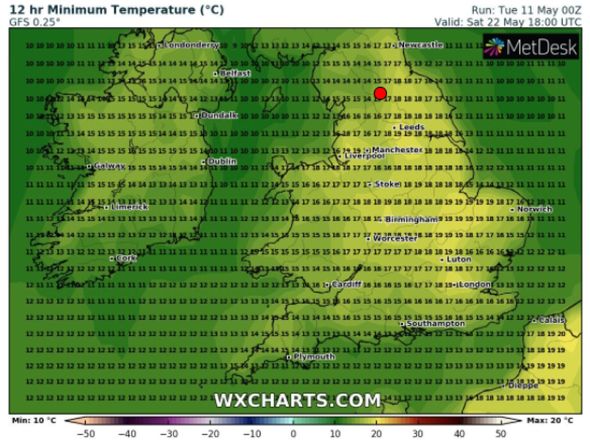 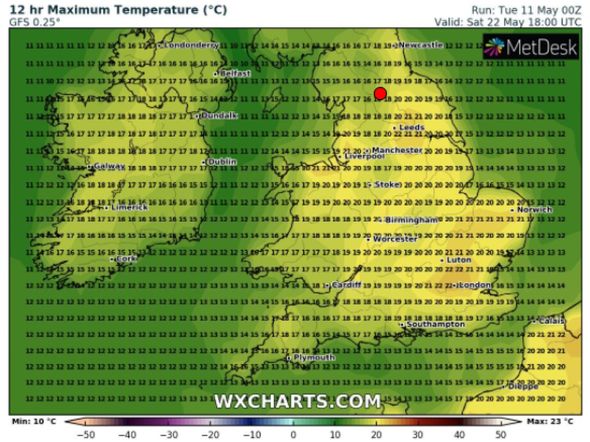 Meanwhile, Wednesday will be unsettled and overcast across Scotland with showers and longer spells of rain, which will be locally heavy and thunder.

Sunny spells will be prevalent elsewhere in the UK but cloud will build and showers will develop.

Outbreaks of rain will spread into southwest England during the afternoon with temperatures ranging between 11C (51F) and 14C (57F), according to the Met Office.

On Wednesday evening, daytime showers will largely ease and clear during the evening to reveal some late sunny spells. 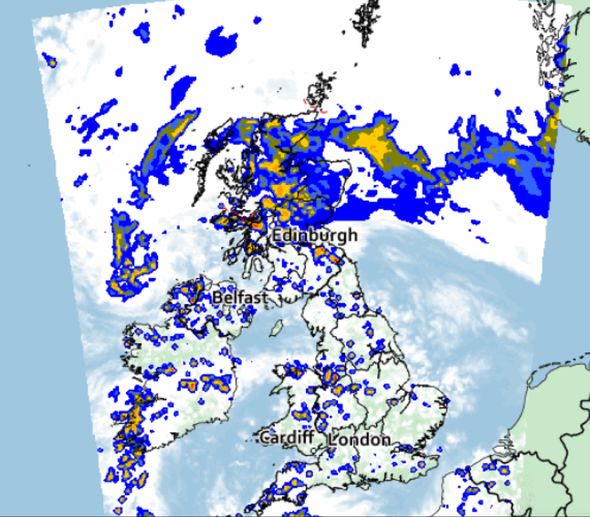 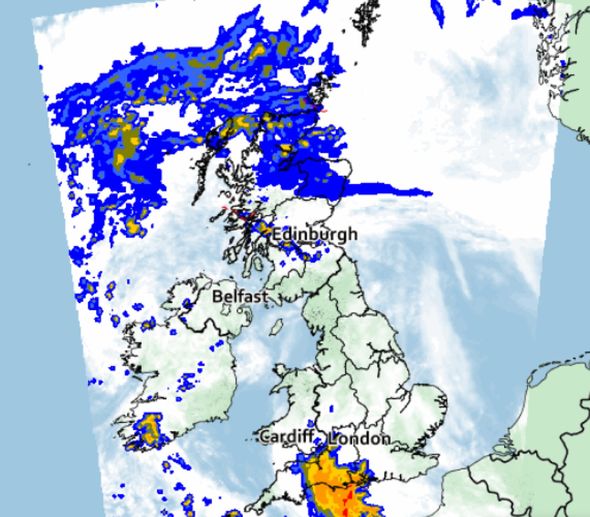 Overnight will then be largely dry with clear spells and patches of mist and fog will form.

Cloud cover will build and there will be outbreaks of rain across southwest and central England and Wales with the mercury ranging between 7C (44F) and 11C (51F).

Thursday will be unsettled and overcast with cloudy skies and outbreaks of rain across southern and central England and Wales.

Scattered showers will develop, some locally heavy with temperatures ranging between 11C (51F) and 14C (57F).