The sunny weather will be shortlived for those living in the southeast of England, as thunderstorms, showers and some lightening may hit the area. Paul Gundersen, Met Office chief meteorologist, said: “Thursday will be another warm day with hazy sunshine although there is the potential for thunderstorms to develop across England, Wales and southeast Scotland.

“It is across east and southeast England where these are most likely, with frequent lightning, hail and torrential downpours of up to 40mm in a few hours all possible.”

The Met Office forecast for the whole country reads: “Bands of showers, perhaps with some thunder, moving northeastwards, clearing the majority of the UK by early afternoon.

“Still warm, particularly in the southeast and later in the day once showers clear.”

The forecast for tonight predicts more showers too: “A little rain for the Northern Isles otherwise dry until wet and windy weather arrives from the west later. 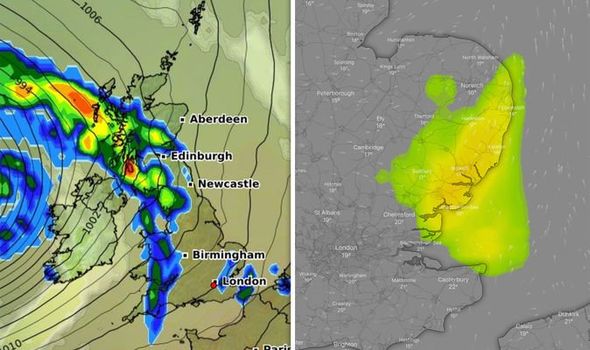 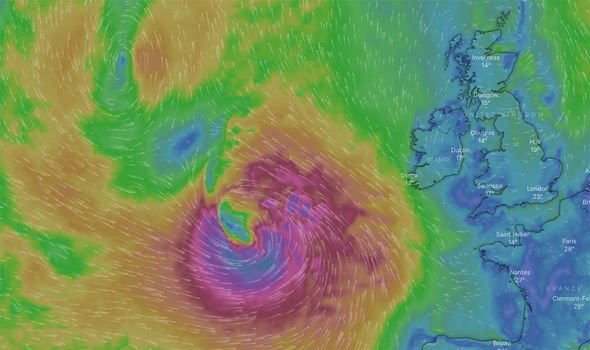 “Some heavy showers possible in the southeast later where warm again.”

The bank holiday weekend will start off wet, with showers predicting for Friday morning.

The Met Office reports: “Rain, heavy in the north, pushing across the UK, clearing most areas by afternoon.

“Showers following, mainly for the north and west of the country. Windier and cooler than recently.” 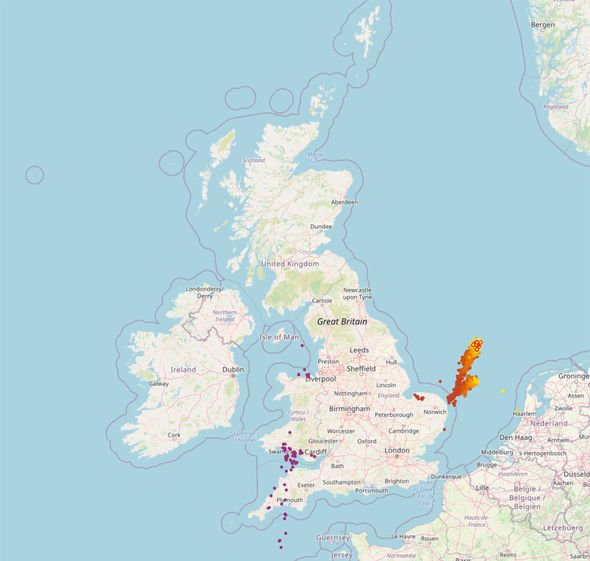 However, luckily the rain and wind is not here to stay.

More settled conditions are expected as the bank holiday weekend goes on, with the long range forecast looking hopeful for the next couple of weeks.

Met Office spokesperson Grahame Madge told Cornwall Live, where day trippers have been flocking in recent days: “The transition from spring to summer is looking largely dry and fine… a good period of settled weather.”

The long-range weather forecast, up to June 11, from the Met Office is looking pretty sunny as it stands.

The forecast predicts this high pressure dominating until the end of May and could continue well into the middle of June.

The Met Office said: “Although with low confidence, this period looks to stay largely dry and fine with bright or sunny spells for many.

“Despite the dominance of settled weather, this doesn’t rule out some spells of rain or showers, with any prolonged rain more likely in the northwest.

“Temperatures generally trending on the warmer side with an increased chance of some very warm/hot spells in the south.” 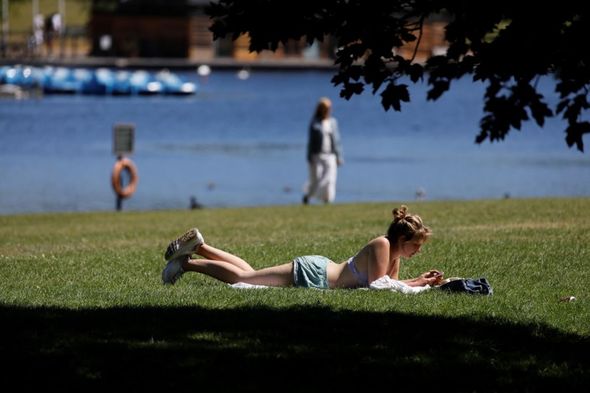 This weekend will continue a warmer spell, with the Met Office predicting: “Dry for many on Friday with sunny spells.

“Over the weekend southern areas should stay dry and turn somewhat warmer whilst some rain will affect northern then some central areas.”

Not everywhere has it good though – a yellow weather warning has been issued for Northern Ireland today.

Heavy wind is expected to make land there on Friday, with travel disruption expected.

The windy weather will also hit north western parts of England and Scotland, although not badly enough to warrant a weather warning.