Weather maps show thunderstorms will ravage the south-east of England throughout the course of Friday. Parts of London, Birmingham and Wales, including Cardiff, will experience thunderstorm and lightning as Brits usher in the bank holiday weekend. Temperatures will be low compared to the boiling temperatures seen at the start of August, with highs of just 16C expected in some areas.

Winds will reach 13mph in some areas – a considerable improvement on the 80mph gales brought by Storm Francis.

Thunder and lightning storms are expected to be heaviest in the afternoon when they will strike around 3pm.

As the evening goes on, the storms will gradually dissipate in most areas.

However, storms will persist in some southern areas, including Birmingham, Norwich and parts of south, north and east London. 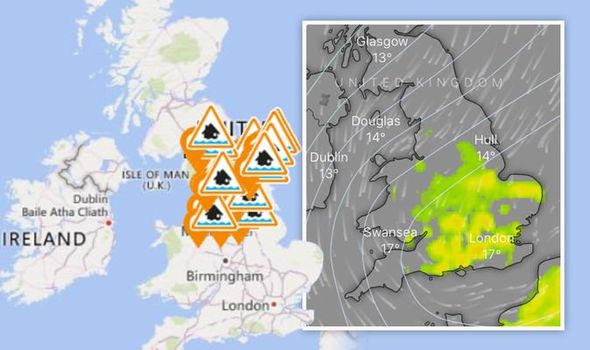 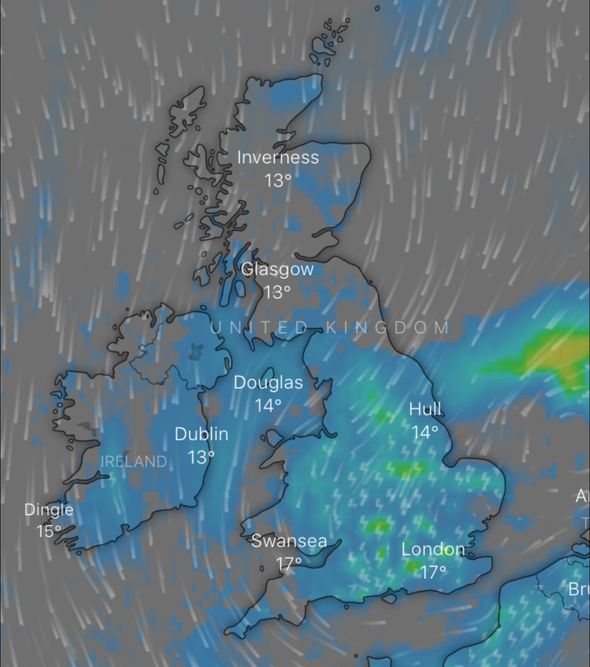 Around 7pm, thunderstorms are expected to strike Gloucester and Oxford, before completely dissolving by 9pm.

The rest of the bank holiday weekend will be free of thunderstorms.

Flood alerts remain active in a number of places, with the Government website warning people to “be prepared”. 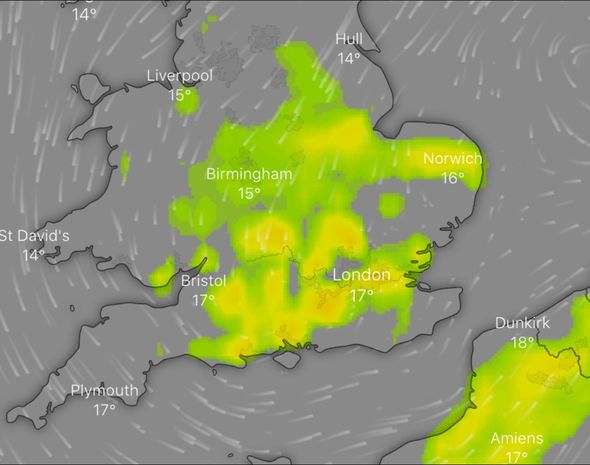 Flooding is possible in: 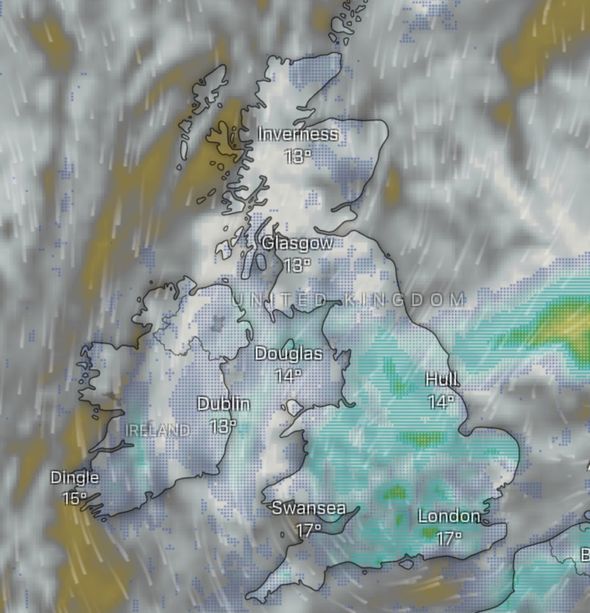 It comes after Storm Francis ravaged parts of the UK this week, leaving people battling flash floods and strong winds.

The storm crossed into Britain overnight on Monday, August 24, and was issued as a “danger to life”.

The pressure, coming from the West across the Atlantic Ocean, hit Northern Ireland, Wales and the west of Scotland and England first.

The 700-mile wide “Canadian low pressure vortex” brought strong winds and some of the worst summer weather in 50 years.

A series of weather warnings were in place throughout the start of this week, with the Midlands and Wales being issued an amber wind warning.

A yellow warning for strong winds ran across the whole of southern England and Wales, with a rain warning in place for Northern Ireland and Scotland.

However, the Met Office has removed these warnings from Wednesday, August 26, as it appears Francis is subsiding.

The Met Office tweeted: “#StormFrancis gave a wet and windy day to much of the UK on Tuesday, with a gust of 81mph being recorded at the Needles on the Isle of Wight.”