UK weather has recently taken a turn for the worse following months of wall-to-wall sunshine and heatwaves. As Brits get their holiday privileges back, the weather has turned sour, cloaking the country in cloud and rain for the last week of July. Long-range weather forecasts have revealed what to expect in the first few days of August this year.

During that time, it provides a general picture for the UK, which currently looks bleak.

In the first week of August, people will get some false hope with some brief sun, before rain returns to some regions.

Thunderstorms will follow elsewhere alongside scattered showers, raking inclement weather across the country from the west from the coming weekend. 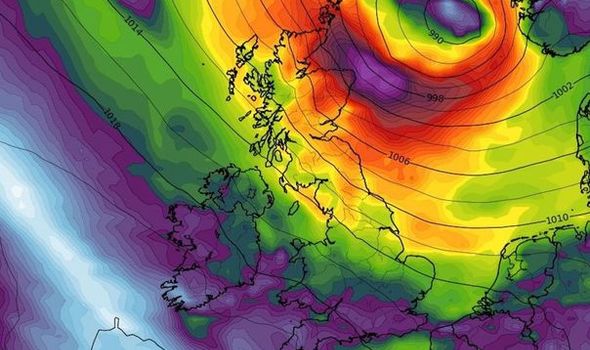 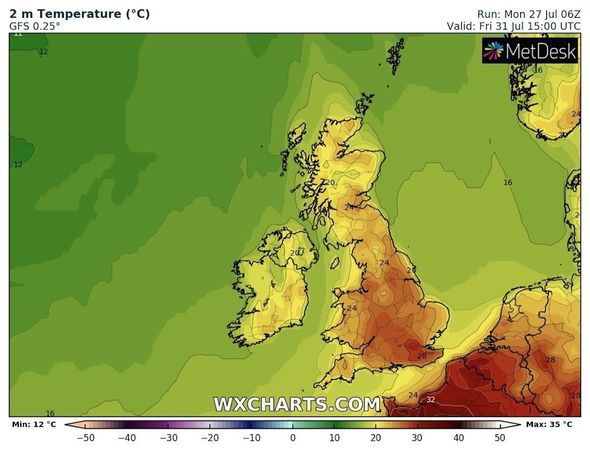 The forecast from August 1 to August 10 reads: “A brief very warm spell is likely for many areas at the end of this week with a good deal of sunshine, although increasing cloud may bring rain to the northwest.

“It may become hot in southeastern areas.

“However, scattered showers and thunderstorms will probably introduce cooler, more changeable conditions from the west next weekend.

“Through early August changeable weather is likely to continue with bands of rain, perhaps accompanied by strong winds, interspersed with brighter, showery conditions.” 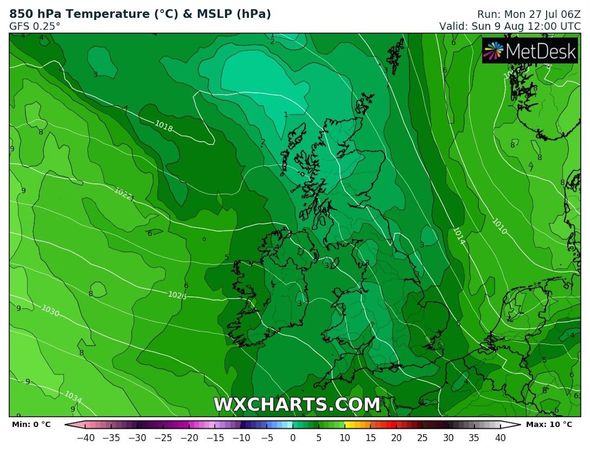 “However, all areas should have some dry spells, these most likely in the east, with a better chance of dry spells more generally late in the period.

“It is likely to be on the cool side for western areas, but with temperatures closer to average across the east and southeast.”

The August 11 to August 25 forecast offers a sliver of hope, with “tentative” signs of some drier weather.

However, the forecast is less clear the further ahead meteorologists look. 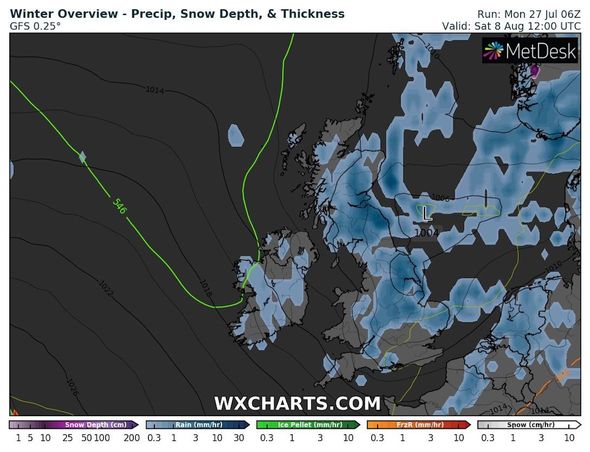 The forecast reads: “Confidence is low, but the second week of August is likely to see a mixture of dry and settled conditions, interspersed with occasional bouts of wetter and windier weather.

“The majority of the unsettled weather will most likely be in the north and west, though it may spread further south and east from time to time.

“Temperatures are likely to be around the average for this time of year, with any particularly warm weather being short-lived and generally towards the south or southeast.

“Looking further ahead into late-August, there are some tentative signs that conditions could become more widely dry and settled, particularly in the southeast.”

While there are brighter conditions ahead, the bluster has raised flood alerts in some parts of the UK.

The Environment Agency has warned people to prepare for potential flooding in the following areas: