Temperatures today will reach 25C across southern parts of the country. But torrential rain coming from the Atlantic will put summer on a sudden pause as Britons heads into the weekend through to early next week.

Today will be one last taste of summer for most areas across the UK for many days.

Met Office Meteorologist, Alex Deakin, said: “A fine Friday lies in store for most parts of the UK.

“Dry and bright with some sunshine around as well.

“However, things are changing for the weekend and we’ll start to see that change late in the day across western areas with cloud and outbreaks of rain spilling in.” 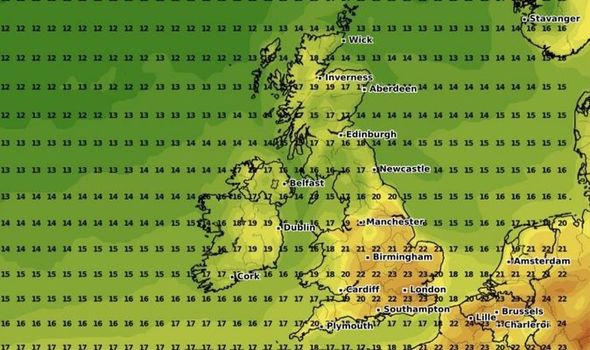 The dramatic change of weather will start to appear on Friday night as a rain from an Atlantic weather system sweeps in.

But before this, Friday will be a glorious day for most in the UK.

“But that should fizzle away and then, apart from the odd light shower, most places for most of Friday looking dry and bright. 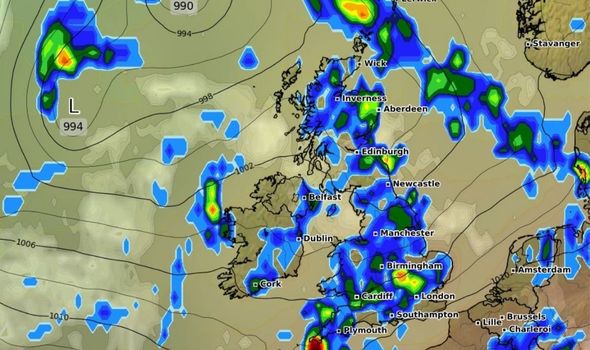 “We’ll see some sunny spells developing across the south.

“We’ll see sunny spots for most of the day over northern England and Scotland.”

Temperatures will be reaching the mid-twenties on Friday.

Across the southeast of England, temperatures will soar up to 25C. 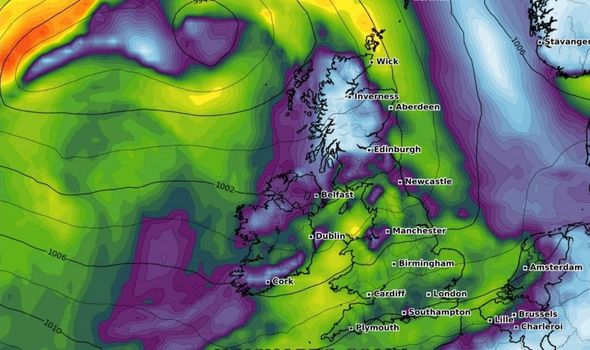 Pollen and UV levels will be high in parts of the UK as a result of the glorious weather.

However, Friday evening will see a return to rainy weather combined with a strengthening of southwesterly winds.

This will add to a grey start to the weekend on Saturday.

Temperatures on Saturday will drop to the teens across most parts of the UK. 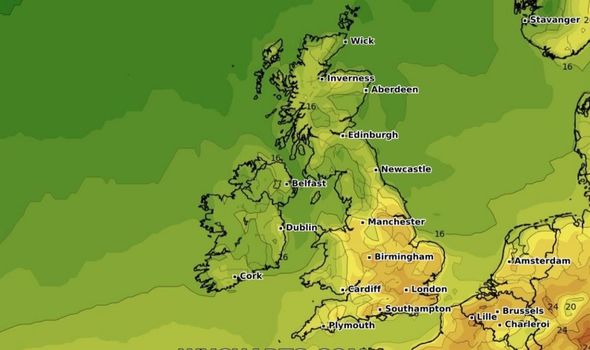 Mr Finnis said: “Temperatures down as a result of the showers and stronger winds, reaching 21C in London, 20C in Cardiff, 19C in Edinburgh, 18C in Belfast.

Sunday will be a little more positive with some sunshine.

But rain will still sweep across the UK into next week.

Mr Finnis said: “Continuing unsettled and cool early next week, with outbreaks of rain spreading northeast across England and Wales during Monday, reaching southern Scotland by the evening.

“Heavy showers or longer spells of rain across England and Wales on Tuesday, Scotland and Northern Ireland drier and sunnier.”