According to the latest weather forecasts, a band of hot weather is moving across the Atlantic bringing with it temperatures reaching 29C (84F) this week. After relatively warmer temperatures tomorrow, the mercury will surge on Wednesday before it reaches its height on Friday. In charts revealed by the Met Office, for large parts of the south, temperatures will reach the high 20s.

The north and Scotland will see high temperatures in the mid-20s as many across the country bake in a mini-heatwave.

The Met Office said: “After a cooler couple of days for many of us during the middle of the week, temperatures will be on the rise again from Thursday.

“Feeling very warm in the south by the weekend with temperatures reaching the high 20s Celsius for some of us.”

While temperatures will rise for many across the country from Tuesday, the Met Office reported many areas will see a band of wet weather sweep through the UK on Monday. 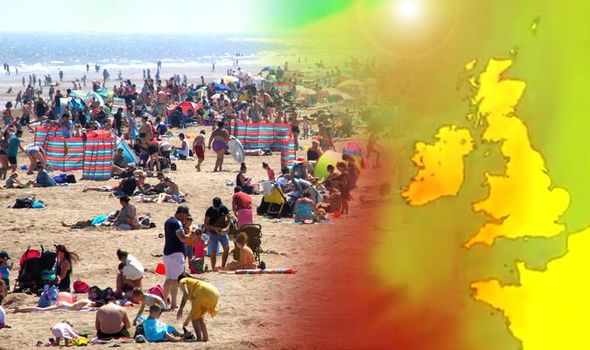 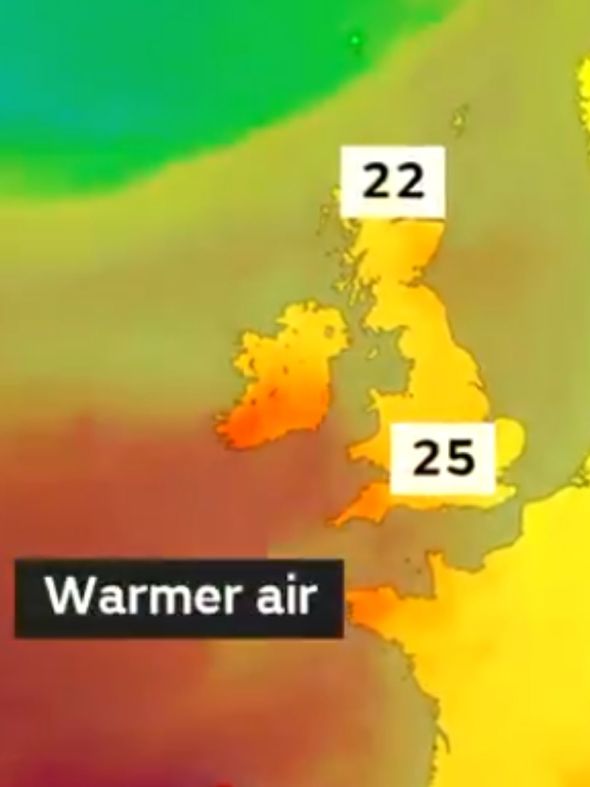 Commenting on the weather over the next 24 hours, Met Office meteorologist Aidan McGivern said conditions will improve after a brief spell of rain tomorrow.

He said: “Rain does sweep through during the evening so expect some outbreaks of rain turning up as we end the day.

“However, it does clear for most of England as well as Wales.

“Scotland and Northern Ireland see a continuation of showers overnight especially in the far northwest of Scotland where it’s more resistant to rain at times. 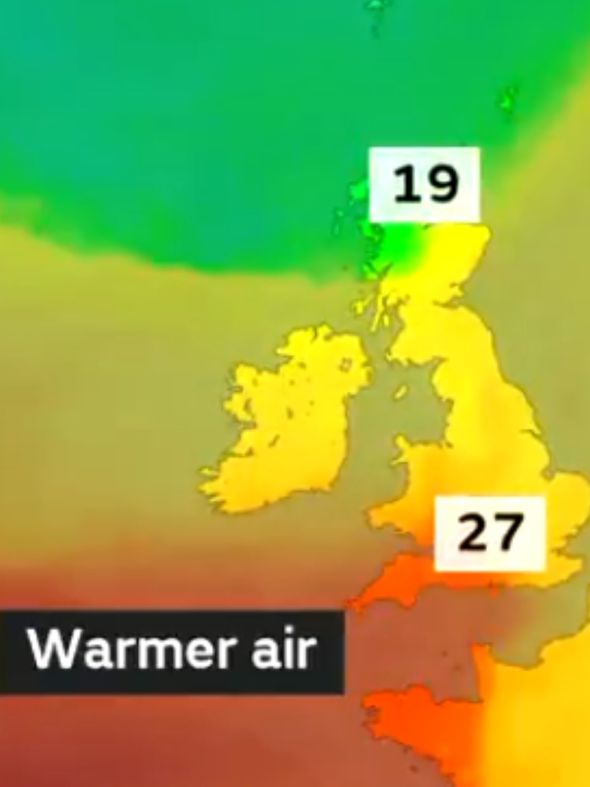 “There’ll be a lot of cloud cover overnight and temperatures largely in the double figures but not a muggy night.

“On Tuesday morning there’ll be lots of cloud cover and again a few showers.

“These popping up a little bit for a time especially during the morning across central and western parts of the UK.” 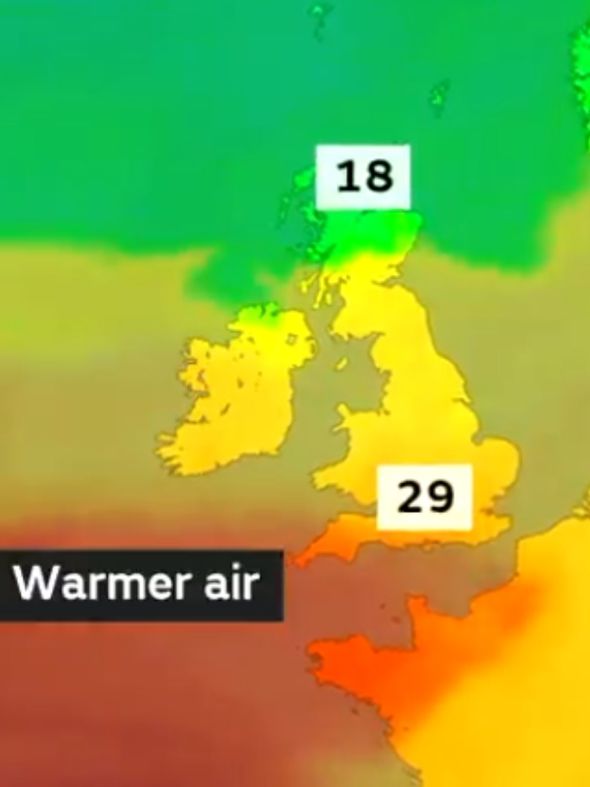 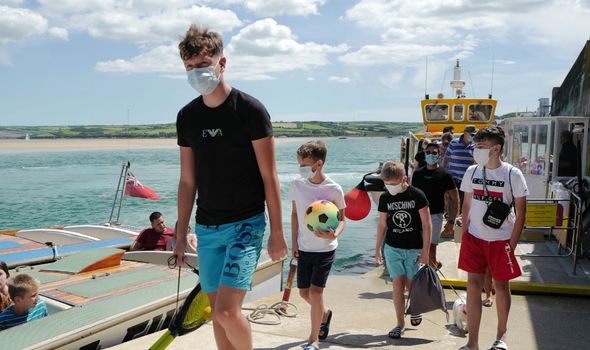 There will be, however, potentially unsettled conditions of rain and strong winds in the north of England for the period between July 17-26.

They said: “Through the beginning of the period, it will be mostly dry and settled for many areas, especially in the south of the UK.

“More unsettled conditions with spells of rain and strong winds are likely to affect the north and northwest at times.

“There is a chance that these wetter interludes could spread more widely and affect much of the UK.

“Temperatures are likely to be mostly around normal, although it may become warm for a time in the south and perhaps very warm in the southeast.

“Towards the end of the period, more settled conditions are likely to develop, across many parts. 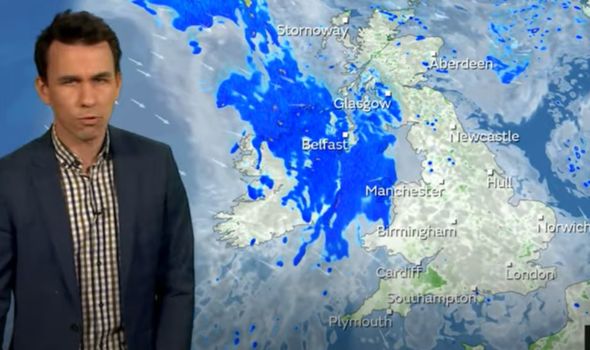 “Spells of wetter and windier weather are possible across northern and western areas at times.”