The Met Office has issued a severe weather warning after Storm Alex brought more than a month’s worth of downpours last weekend. Currently in England, the Environment Agency has 11 flood warnings and 37 flood alerts in force.

Met Office meteorologist Aidan McGivern said: “As we start the day on Tuesday in the north of Scotland, where we get some shelter some light, winds and so on.

“A few missed patches across central Scotland and still that persistent rain a damp start there for western areas but that turns to showers as it crosses the country.

“And well by the afternoon most places in the same bag – sunny spells and heavy downpours.” 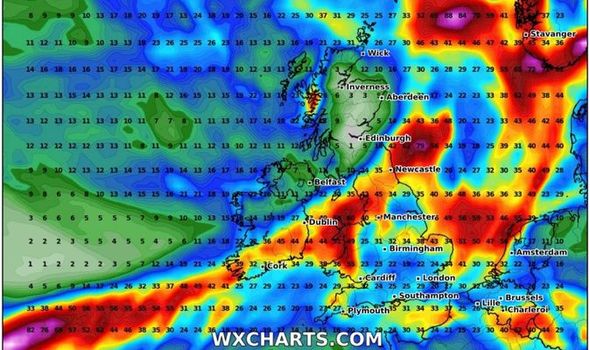 He warned the heaviest showers will be seen across central and southern areas of the UK with hail and thunder in places.

He added: “A gusty wind making it feel cool 15 to 16 celsius at best but that will help to carry these showers through quite briskly.

“And by the evening most of the showers in the west clear spells in the east.

“And it’s another night in which where we get some shelter from the winds, where we’ll get some clear spells, we’ll get temperatures down to the low single figures across northern Britain. 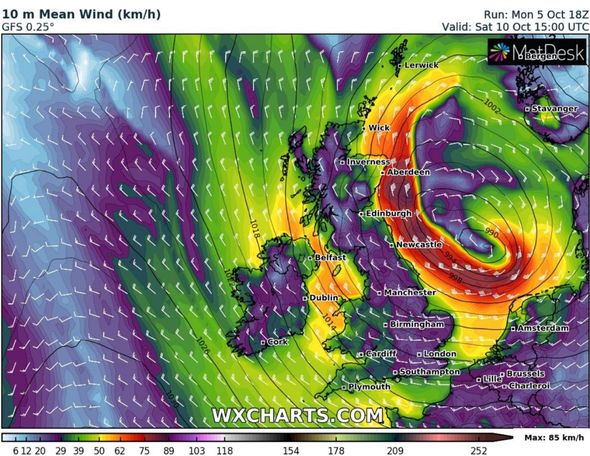 “But generally, the wind’s stirring things up enough to keep those temperatures that’s around 9 to 12 celsius.”

Mr McGivern said Wednesday will see a bright morning with plenty of sunshine for England, Wales and southern Scotland.

But northern Scotland as well as parts of Northern Ireland will see more showers.

By the evening, showery rain will travel into areas of western England and Wales. 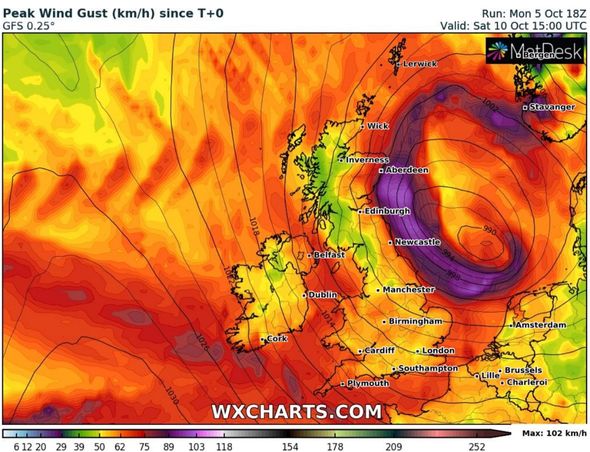 He added: “There’s a strong chance that throughout Thursday and much of Friday will be wet across southern parts of the UK, perhaps windy as well.

“Meanwhile in the north low pressure will bring further showers and mixture of sunny spells and showers through Thursday and Friday.

“And into the start of the weekend the weather front to the south clears improving picture as high pressure builds in from the west.”

On Sunday, three caravan sites had to be evacuated in West Drayton after River Colne’s banks burst following heavy downpours. 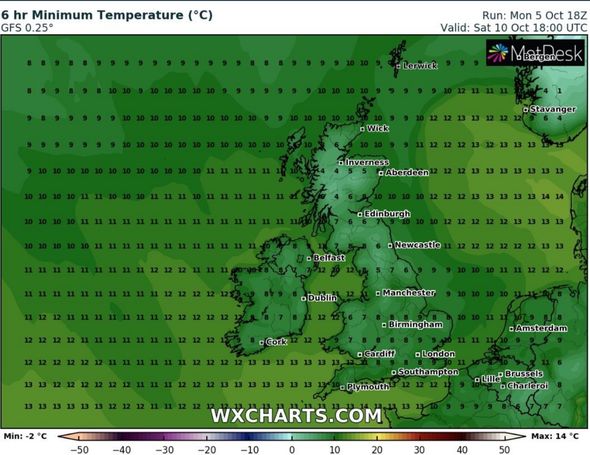 London Fire Brigade said in a statement: “Three fire engines and around 17 firefighters have rescued fifty people from their homes on Thorney Hill Road in West Drayton due to flooding.

“Mill Road is closed at the junction with Wise Lane.

“We advise the public to avoid the area.

“Fire crews are assisting residents from their homes in two further nearby caravan parks as a precaution.

“Those rescued are being taken to a nearby civic centre.”

A weather alert had been in place for the River Colne and Frays River.