But the UK will see a welcome return to sunny weather as heavy rain begins to ease off through the week. High pressure will bring plenty of sunshine in many places in the UK with some outbreaks of showers.

Aidan McGivern, Met Office Meteorologist, said: “Brighter skies are on their way with sunny spells expected on Wednesday, albeit with a few showers particularly across central and eastern parts of the country.”

Temperatures on Wednesday morning will bring a brisk start for some areas with 5 to 8C.

BBC Weather’s Ben Rich said some parts of Scotland will “get very close to freezing”.

A cold breeze will “make it feel rather chill”, according to Mr Rich. 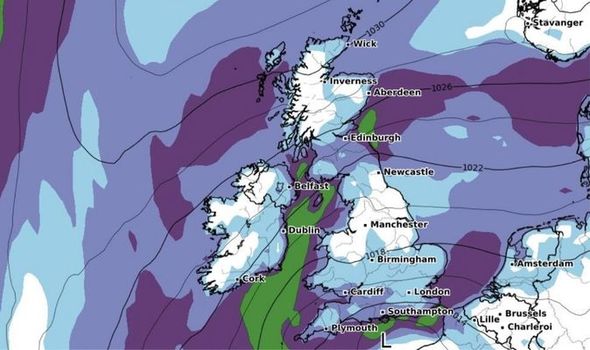 Mr McGivern added: “As we start off Wednesday there’ll still be some rain or showers especially for Northern Ireland and the central belt but it will brighten up fairly widely.

But there will be a few patches of rain which continue to bring risks of flooding.

The Environment Agency has put one flood warning in place and five flood alerts for certain parts of the UK on Wednesday due to yesterday’s heavy downpours. 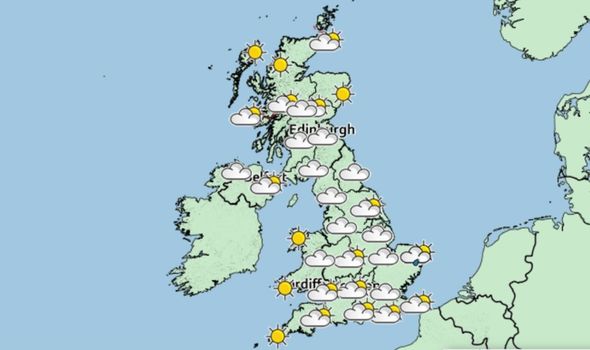 Mr McGivern said: “By the afternoon showers developing in central and eastern parts of the country where there will be some heavy downpours.

“But it’s in the west where we keep the best of the sunshine and 15 or 16C will feel quite pleasant with lighter winds compared to Tuesday.

“Although we keep a brisk and cold wind near the North Sea coast.”

Overnight on Wednesday, skies are set to clear for many parts of the UK. 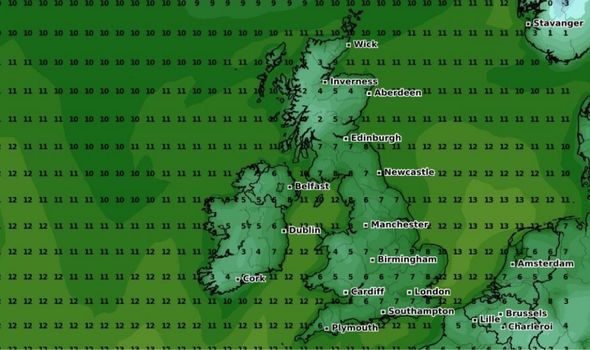 This will bring cooler temperatures and patches of frost in the north of England.

Mr McGivern added: “With clear skies and with light winds temperatures will fall away, touch of frost in the north and the west perhaps one or two fog patches as well first thing Thursday.

“However, for Thursday many places start off with plenty of sunshine thanks to high pressure which is building in that high centre to the north of the UK.

“We keep an easterly breeze which will bring cold air our way and so it’s not going to be a particularly warm day on Thursday.

“We’ll start off with a few frost and fog patches but for many it’s a bright day and a dry day.” 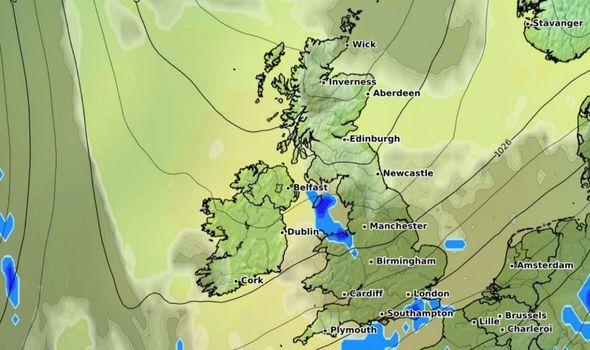 An early winter is forecast to strike the UK this year due to La Nina.

Weather Outlook forecaster, Brian Gaze, said: “It looks like an early winter, with the cards stacked in favour of a cold second half of autumn due to La Nina.”

La Nina takes place when the sea surface temperatures in the central and eastern Pacific are below average.

He said: “In late autumn and early winter it historically promotes high pressure in the mid-Atlantic, which stops Atlantic weather systems from delivering mid-air to the UK, and therefore can allow cold conditions to intensify.”