Temperatures are expected to plunge to as low as -6C next week as a cold front sweeps across the UK. Forecasters also suggest the vast majority of the country will see snowfall on Friday, according to the latest weather maps.

A chart from The Weather Outlook shows much of England, Wales and parts of Scotland will be hit by flurries of snow from 6am on Friday, December 4.

The map shows vast areas covered in white patches and circles, which indicates up to 4cm of snowfall.

The chart also shows parts of the north of England forecast to bear the brunt of the wintry conditions, with estimates of up to 10cm of snow.

The southeast of England looks set to dodge the snow, however, with the map showing the east coast hit by rain instead. 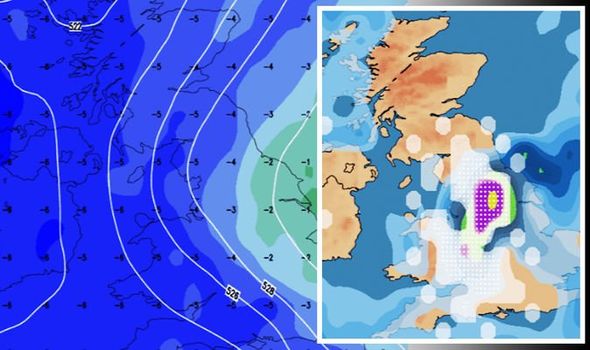 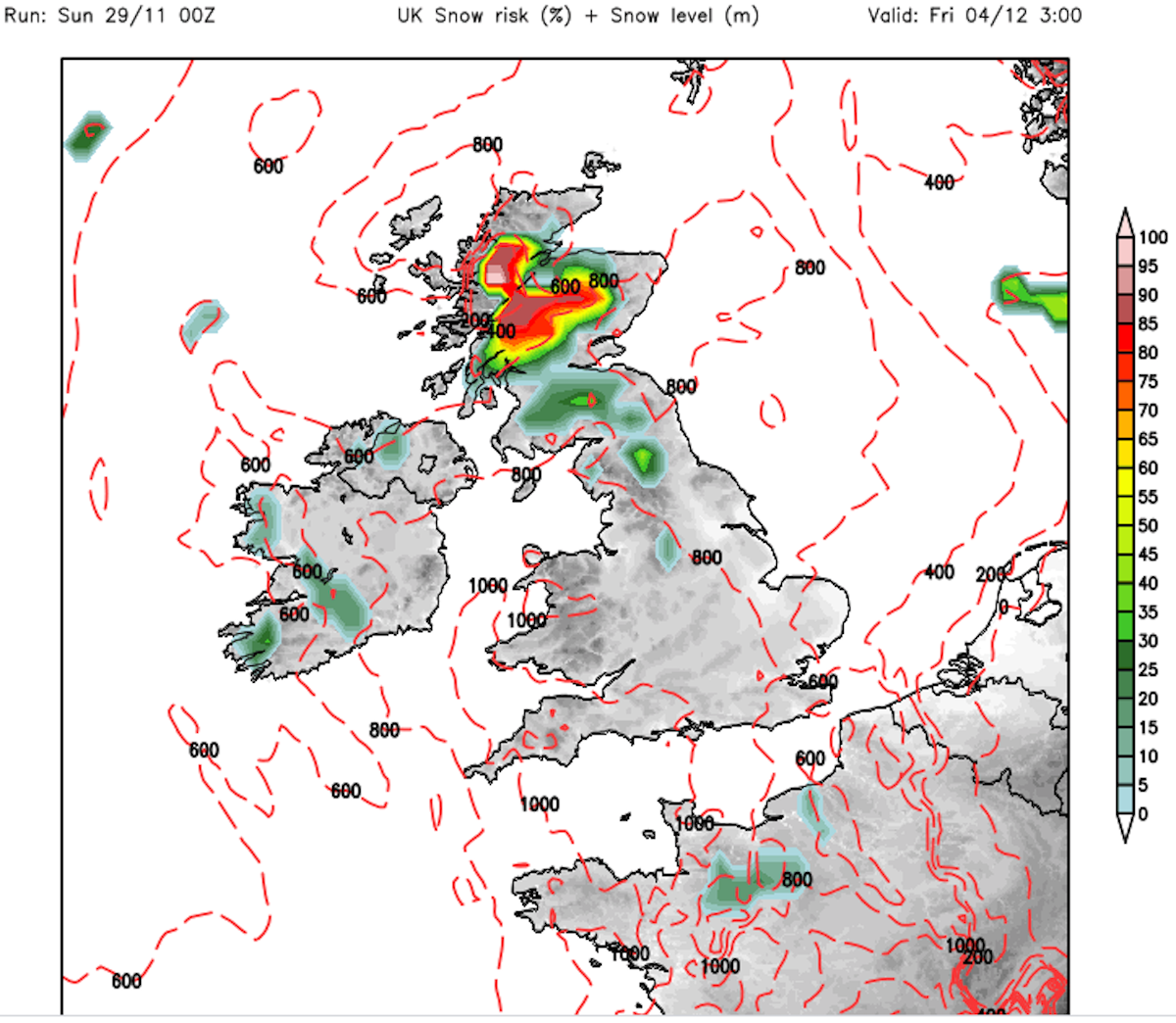 The Weather Outlook, which is run by forecaster Brian Gaze, shared the charts on Twitter and wrote: “GFS06z brings the risk of snow a long way southwards by Friday.”

A second map from the forecaster shows temperatures are expected to be as low as -6C on Friday in the early hours of the morning.

The graph, which sees the vast majority of the UK turn bright blue, shows the west of Britain will be much colder.

While the east of England can expect the mercury to just slightly dip below freezing. 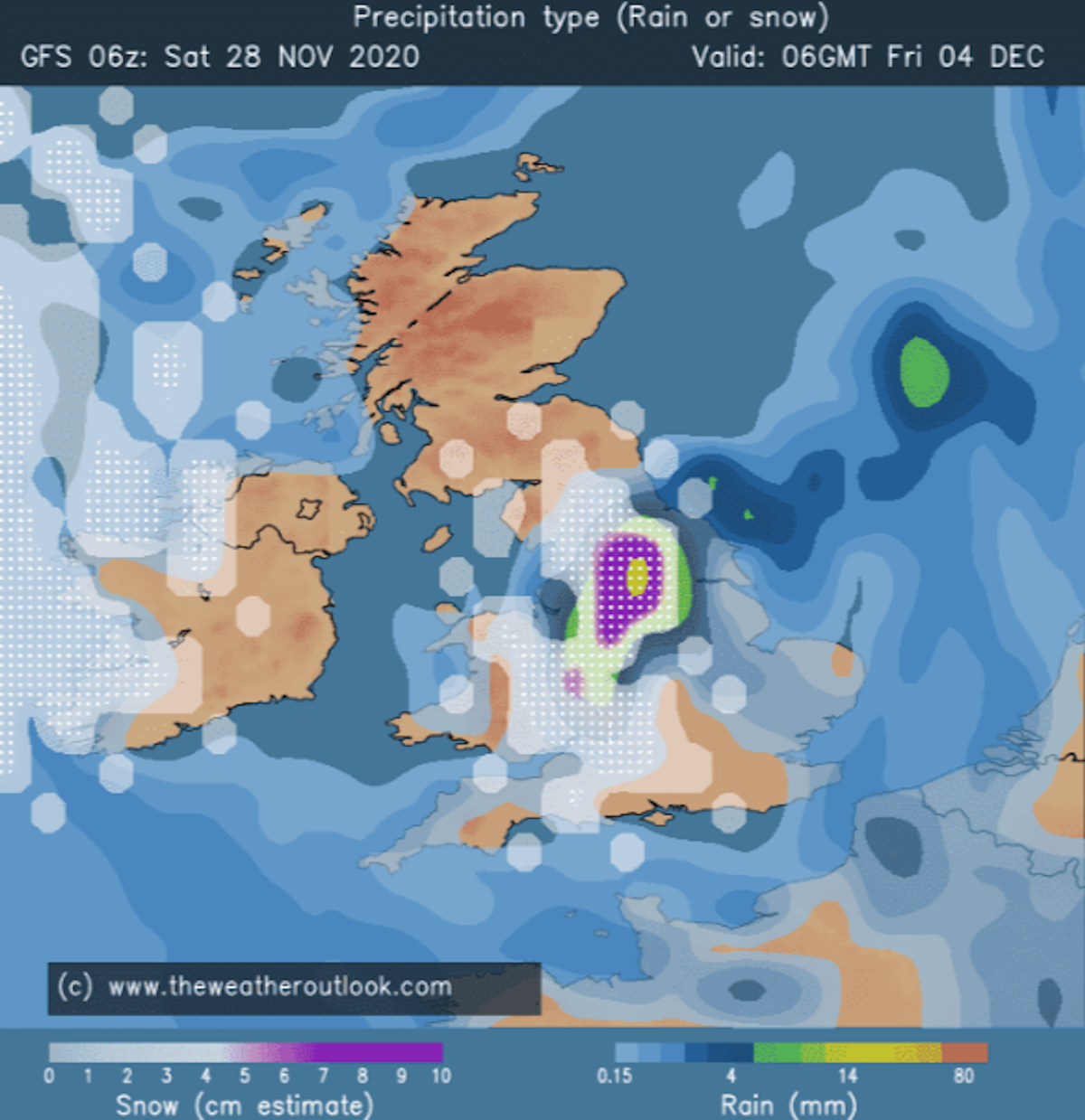 Maps from Netweather also shows that snow is forecast on Friday, December 4.

The forecaster’s snow risk chart suggests there is between an 80-100 percent risk of snow in northern Scotland at 3am.

The high risk is represented by the large red area.

By 6pm the map shows parts of England and Wales can also expect to see some snow.

The graph shows areas of the country turn yellow and green, which indicates a moderate snow risk of between 30-70 percent. 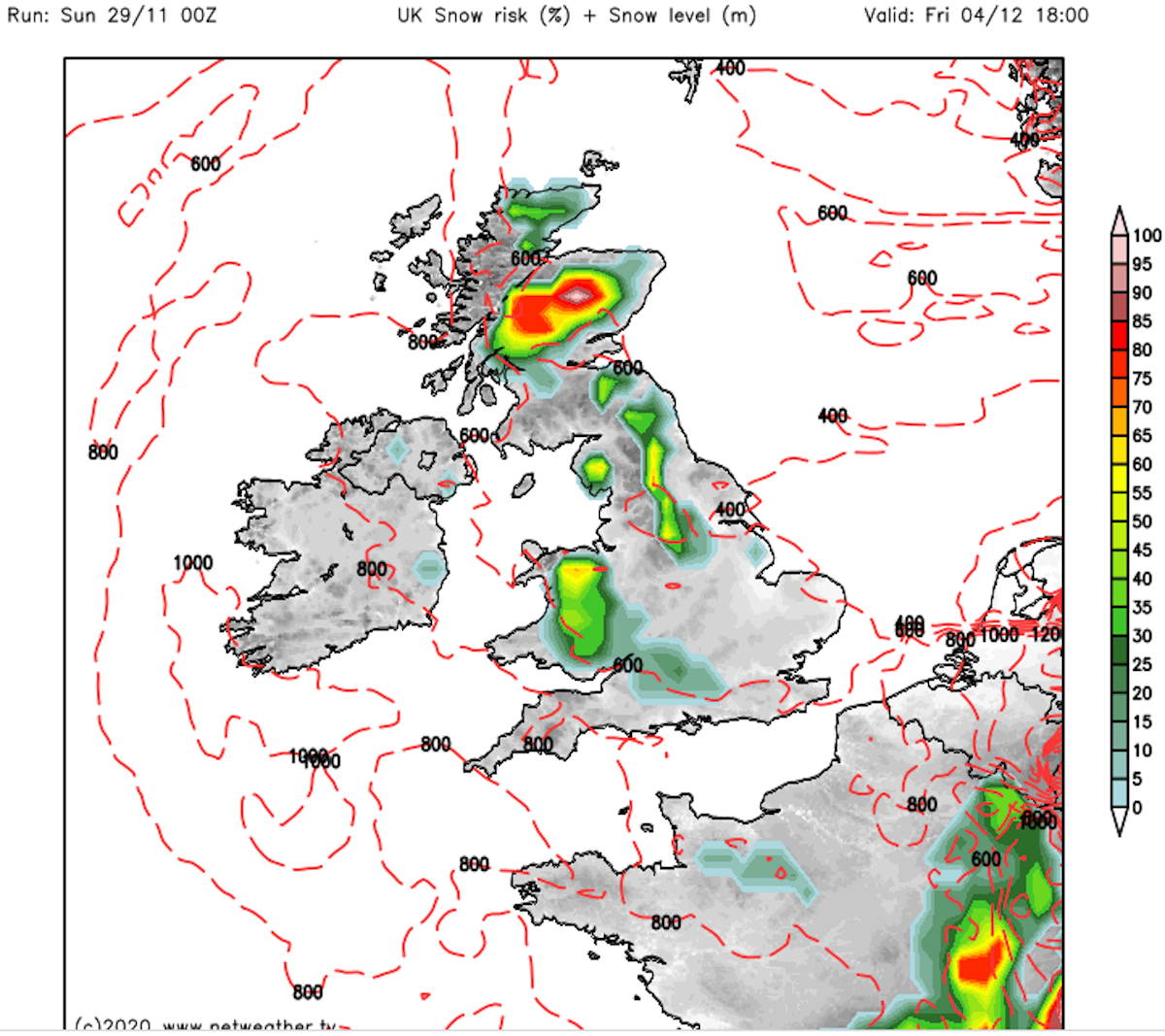 BBC Weather forecasters have claimed snow could fall in the north and west on Friday, as temperatures fall.

They said: “Cold enough for some snow over the hills and mountains in the north and west by Friday.

“A rather cold and showery end to the week.”

Looking ahead, Met Office forecasters expect the conditions to be fairly unsettled and colder than the rest of the week. 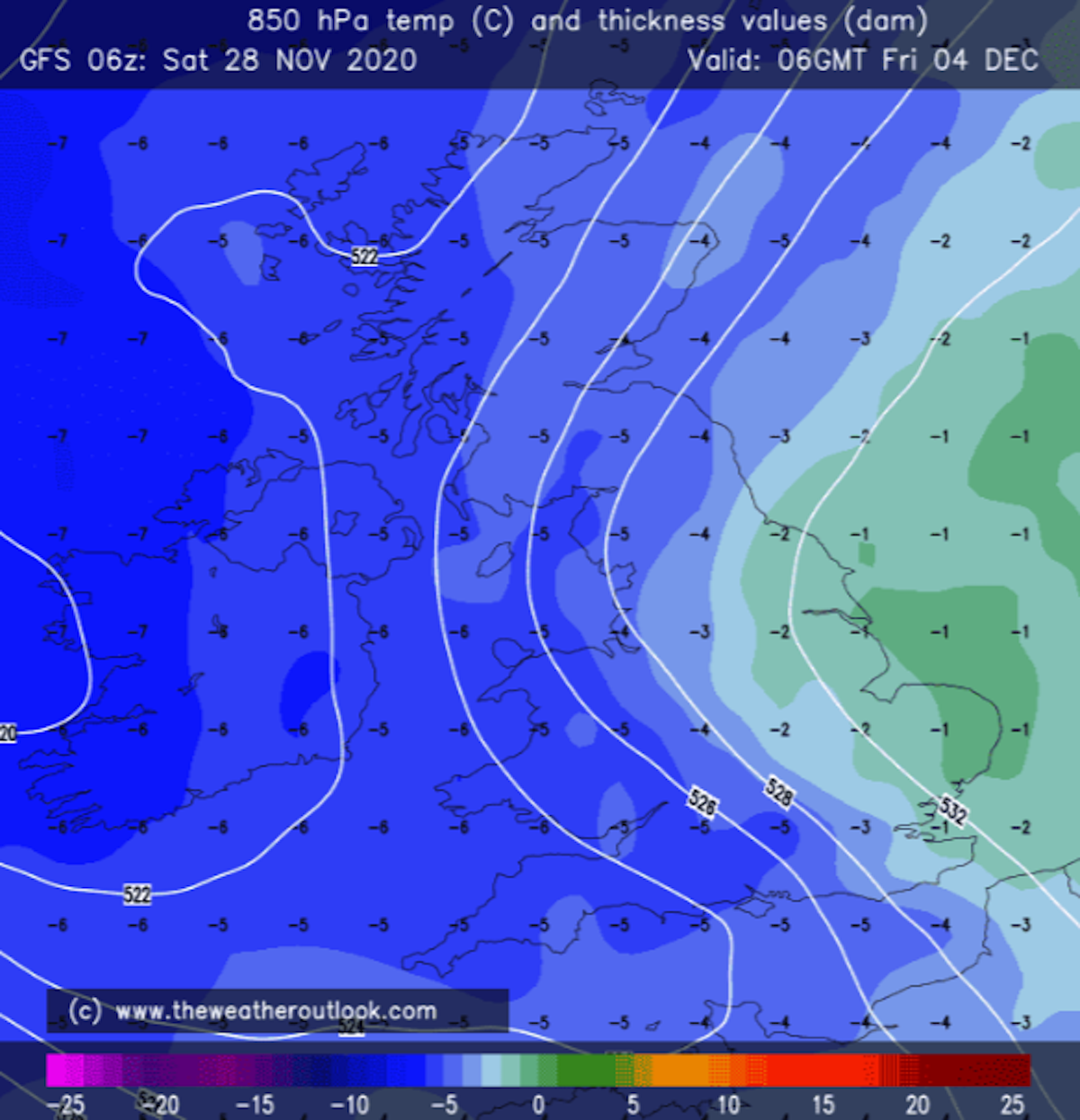 They state: “High pressure and generally settled weather will likely give way to wetter, and at times windier, conditions through the first week of December.

“Some showers are likely too, these perhaps wintry at times in the north.

“Temperatures may start off near normal, though often feeling colder in windier and wetter spells.

“Below normal temperatures are then slightly more likely for later in the period.”