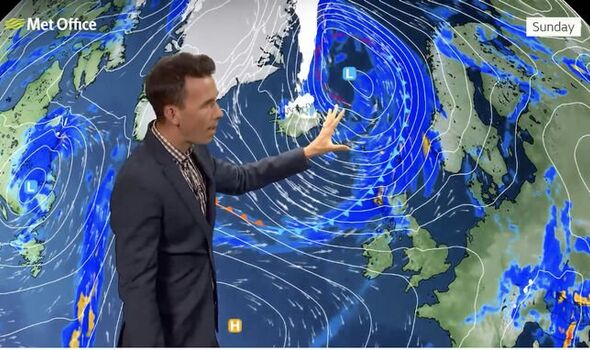 Winter is about to arrive early as the UK braces for freezing Polar winds, frosts and even a blanket of mountain snow. 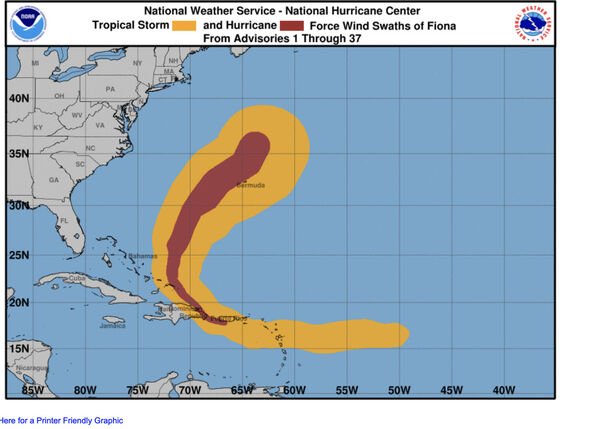 Temperatures will plummet this weekend before northerly winds next week push the mercury to freezing and below.

As the mercury sinks under the September average, wind and rain will bring a taste of autumn turbulence, according to the Met Office.

Meteorologist Aidan McGivern said: “It will feel rather autumnal at times, and at the start of next week we have northerly winds which will bring a chill across the UK.”

“The start of the weekend is looking drier and brighter as high pressure extends its influence, but not particularly warm as we have a north-westerly airflow.”

The remains of Hurricane Fiona, after sweeping past the United States’ eastern coast, will veer eastwards towards the mid-Atlantic.

Here, it will strengthen an area of high pressure which in turn will drag a plume of cold northerly air into Britain.

Another deep low-pressure system near Iceland will boost the unsettled and chilly picture­–steering in weather fronts and whipping up gales and heavy downpours across northern Britain.

Mr McGivern said: “On Sunday, a deep area of low pressure near Iceland will push into the Norwegian sea bringing the risk of gales across the far north of Scotland later on Sunday and some heavy rain.”

“But for much of the day it is dry and bright further south before that rain arrives.”

“The reason these fronts are pushing south across the UK and introducing eventually colder air is because of a blast of warmth on the other side of the Atlantic where there are a couple of areas of low pressure one of which is ex-hurricane Fiona.”

“Both will push warmth northwards and that helps to build a large area of high pressure in the mid-Atlantic which in turn helps to push cold air across the UK.”

While the entire country will feel colder next week, the mountains of Scotland could get a dusting of snow, he added.

He said: “Temperatures will dip below average at the start of next week for the north and the south.” 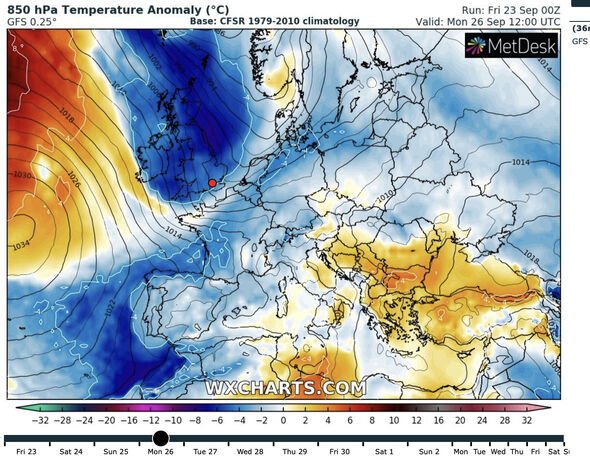 Britons are warned to put away summer T-shirts and dig out winter coats for a big transition between seasons.

The weather will start to feel colder this weekend before the big chill hits next week, according to forecasters.

Jim Dale, meteorologist for British Weather Services, said: “This is going to be a big change from the warmer weather we have seen to something much colder at the start of next week.”

“It is definitely going to be weather for coats and jumpers and with the cold there will be a risk of showers, some of which will be wintry over high ground in Scotland.”

“With the wind chill, temperatures could feel below freezing in parts.” 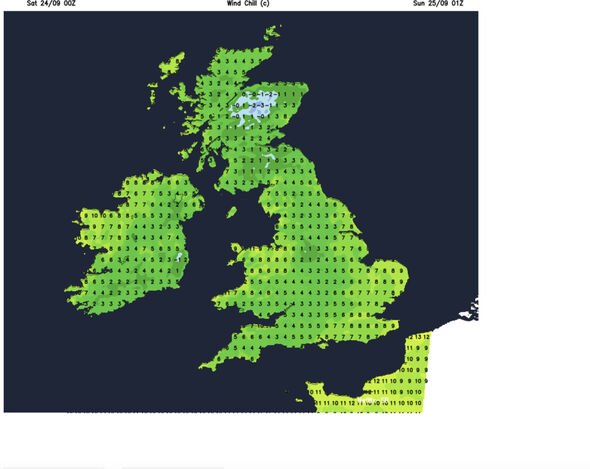 The remains of Hurricane Fiona will help drive the cold snap, although the main culprit will be low pressure over Greenland and Iceland.

Mr Dale, author of Weather Or Not? said: “Ex-hurricane Fiona will amplify a region of high pressure in the Atlantic and that will help to pull cold air over Britain.”

“However, a low-pressure system over Greenland will come down towards the UK, and that tips cold air over the country after the weekend.”

The chilly forecast prompted Ladbrokes to go odds-on for festive snow offering 4-6 on a white Christmas.

Spokesman Alex Apati said: “Punters dreaming of a White Christmas may well get their wish this year if the latest odds are anything to go by, and it looks like Scots are most likely to see snow on Christmas Day.”