Horror maps have shown summer temperatures will remain as the country embraces autumn, with the mercury on track to increase by nearly 10C since September began. Brits have basked in temperatures exceeding 35C in more than three successive heatwaves this year, nearly matching annual records. But this month saw the mercury dip towards 15C and a thick blanket of cloud, a brisk start to the new season.

The change won’t last for long though, according to weather maps, which show autumn sun will burst through the overcast conditions.

While Monday this week will see Brits suffer through another day of showers, Tuesday marks a change for the better.

A 600-mile wide “subtropical swell” of warm air is on track to collide with the west coast and pass through the UK. 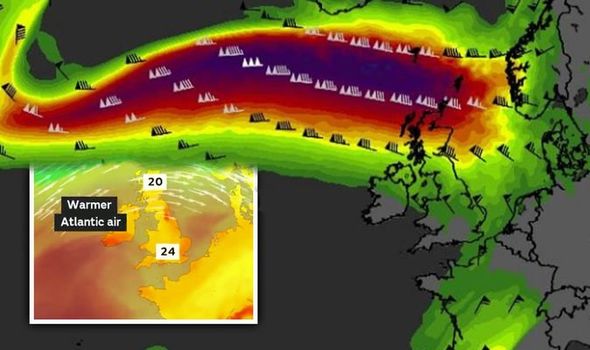 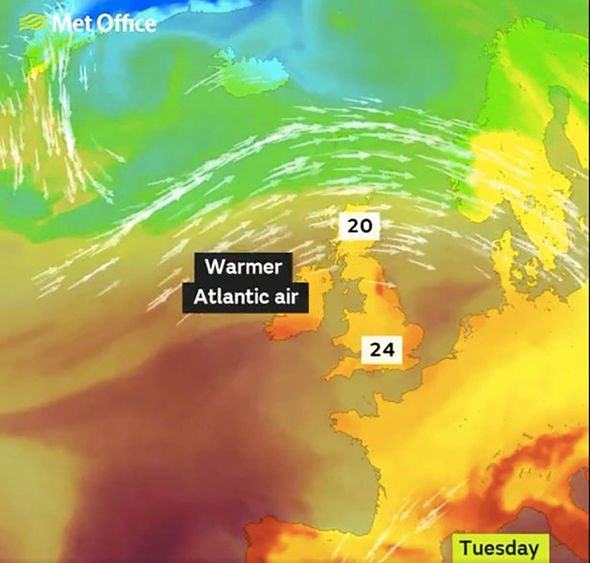 He added: “It’s likely to be a generally northwest to southeast split through Monday.

“There will be cloud and outbreaks of rain across the north and western parts of the UK.

“Eastern and southeastern parts of the country will generally have a drier day with some sunny spells.

“We’ll also have quite a brisk westerly breeze across the UK, particularly across the north.” 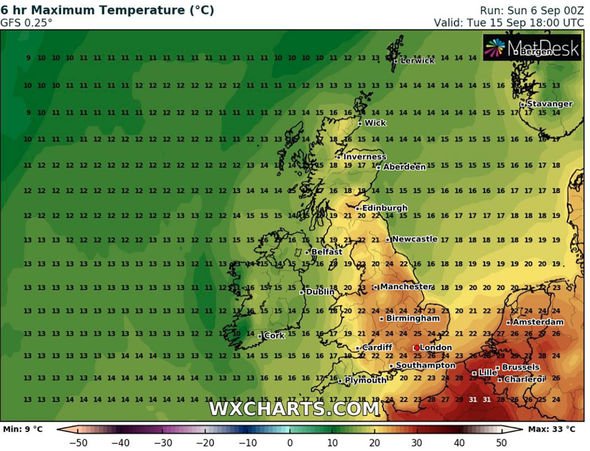 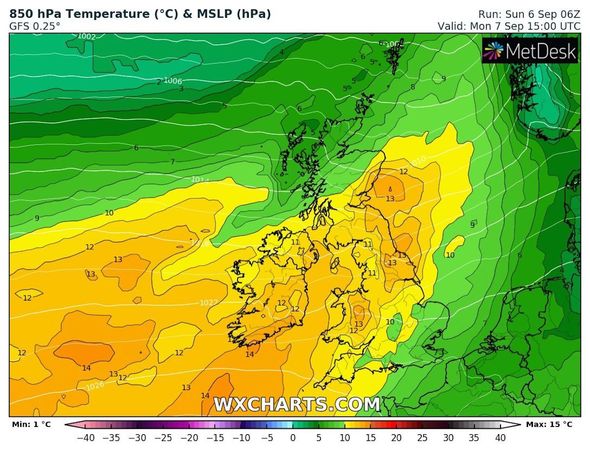 “And we could see gusts on Monday of around 30 to 35mph on the coast.

“In terms of temperature, it will stay around the mid to high teens for much of the country, so we’re looking at between 15C to 18C but in the east, this could rise to 21C with some bright skies.”

He said: “It will be much drier across the country with some sunny spells, with the best of those across east and southeastern regions.” 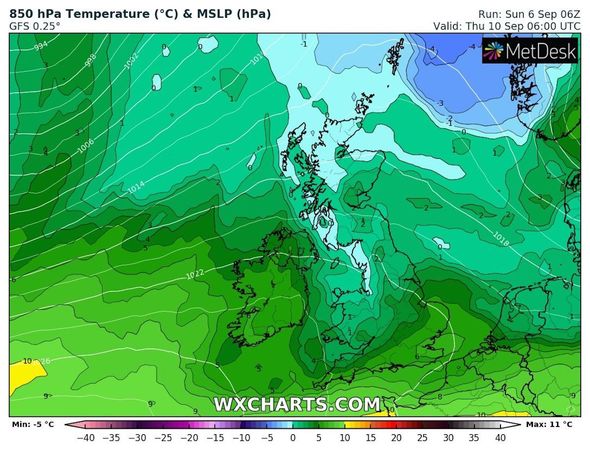 “In terms of temperature it will be warmer, and we could see highs of 24C across East Anglia all the way down to London.”

The rest of the country won’t be quite so lucky, with predicted highs around 18C to 19C in the northwest.

Should the Met Office predictions prove accurate, temperatures in southeast England will match those in Spain next week.

The agency forecasts highs of 24C in Barcelona and Bilbao on Tuesday.

After then, however, the UK and Spain will part ways, as cloud cover moves in once again by Wednesday.

On Thursday, sunshine will return, accompanied by much lower temperatures of 19C in London.

In Spain, however, the mercury will continue to climb, with wall-to-wall sunshine and 28C highs by next weekend.

The heat will tempt some thunderstorms, however, with heavy rain and lightning possible before then.