The Met Office has issued two yellow weather warnings for today, including a fog warning across swathes of England. A yellow rain warning has also been issued for parts of northern and eastern Scotland.

Today the UK will once again be feeling the cold weather.

The Met Office is forecasting “outbreaks of rain across Scotland, moving south to affect parts of Northern Ireland, northern England and Wales”.

Some showers are forecast in the South West and the far South East today, along with some sunny spells elsewhere.

But many of the fog patches this morning will be “slow to clear”, and it will be a generally cold day for much of the UK. 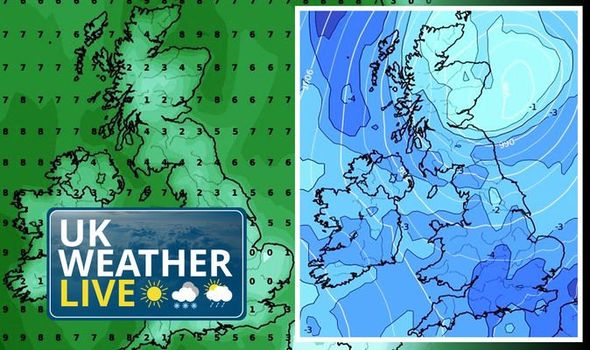 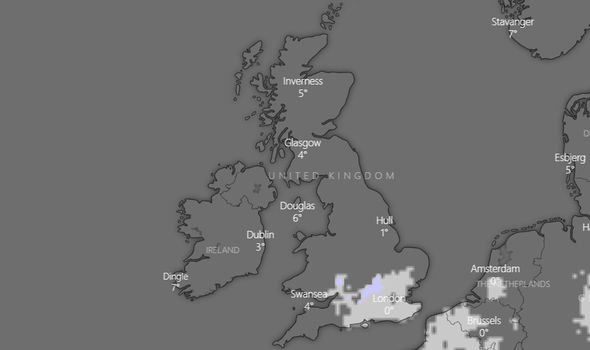 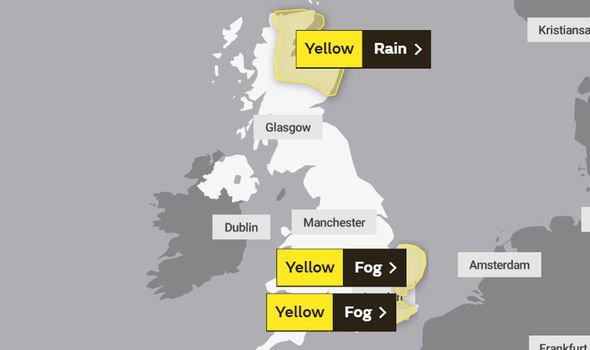 Met Office forecaster Marco Petagna said: “Winter hazards are dominating the weather as the emphasis changes from snow to frost and ice. The UK will stay in cold air north of the jet stream.”

The UK’s average temperature in December is 3.8C, and the last time December was colder than average in the UK was during the Big Freeze of 2010.

But according to meteorologists, this December could prove to be chillier than we’ve seen in recent years.

Leon Brown, head of meteorological operations at The Weather Company’s Weather Channel arm, said: “Arctic incursions mean December could well be the coldest for a number of years.” 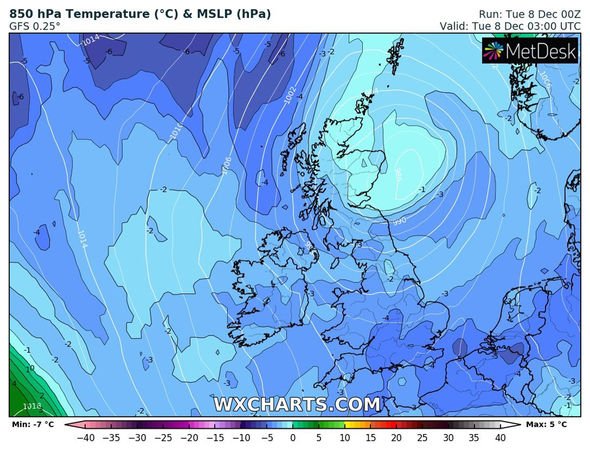 8.30am update: UK wakes to freezing fog this morning

Central and southern areas of the UK may see some freezing fog patches this morning.

The Met Office tweeted today: “Tuesday morning will begin cold for most of us with #frost in places and some dense #freezingfog in some central and southern parts in particular.

“Heavy #rain will also continue at times across northeast Scotland with showers in some other regions”.

8.15am update: December to be coldest on record?

Bookmakers Ladbrokes’ odds have been cut from 6/4 to 5/4 on December being the coldest on record.

Alex Apati of Ladbrokes said: “With temperatures tumbling we’ve been forced to slash odds once again on this going down as a record-breaking cold December.”

Ladbrokes also make it 1/3 for snow to fall in the UK on Christmas Day.