After a chilly start for the south and east on Friday morning, the weather is expected to turn as the cloudy, breezy weather with outbreaks of rain in the west moves gradually to the east. The Met Office forecast it will become drier to the east of high ground by evening, and tonight is forecast to be “mild with drier spells” for many places, but some heavy rain and gales are also predicted.

The Met Office forecast for Friday night reads: “Rain in east clearing, then mild with drier spells, but rain in the north-west moving south-east to be over southern Scotland later.

On Saturday, “severe gales” and “squally showers” are forecast for the far north.

Showers and sunny spells are expected in the northern parts of the UK, and a “band of rain” will move south across central areas.

A “mainly dry and bright” day is forecast for the south on Saturday. 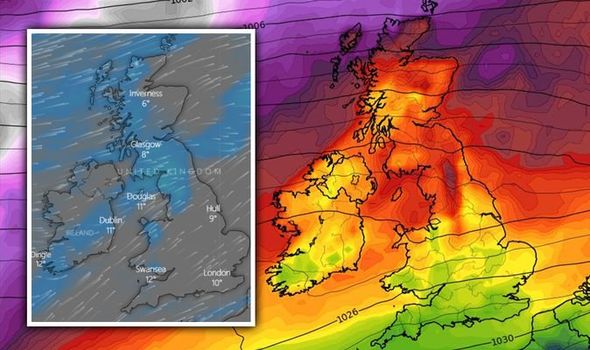 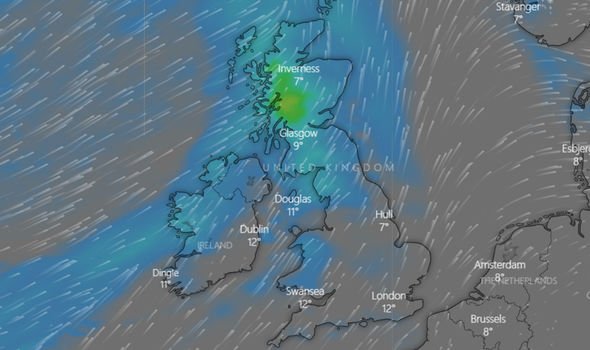 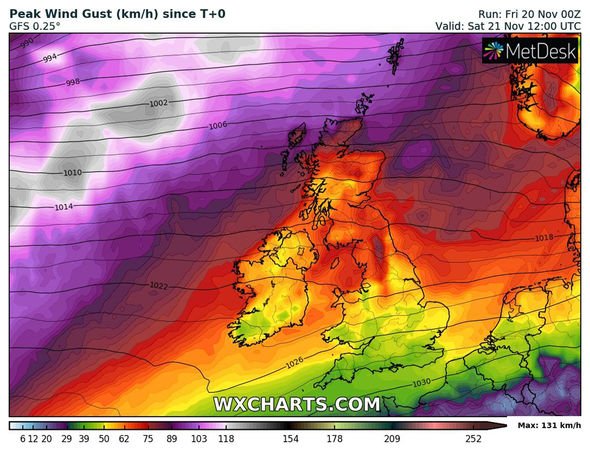 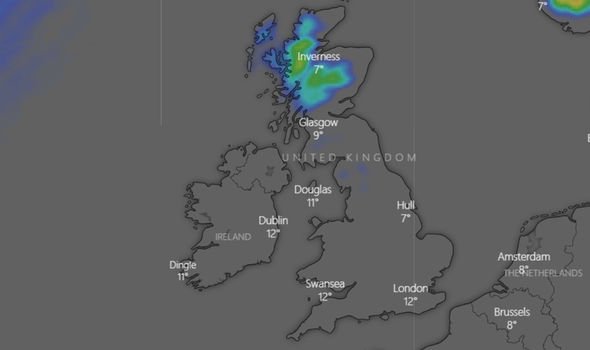 8.30am update: Snow in forecast for Scotland

Windy weather maps show Scotland could see some snow over the coming days.

Snow accumulation maps over the next five days (November 20 to 25) show there could be a some snow over western, central and northern areas of Scotland.

Some areas on the map are green, suggesting more than 10cm, or four inches, of snow could fall during this period.

8am update: Met Office outlook for Sunday to Tuesday

The Met Office are forceasting a “mainly dry” day for the south on Sunday, but “blustery showers” are predicted for the north.

After the weekend, rain followed by showers are forecast for the north on Monday and Tuesday.

It will be a “dry, bright Monday” in the south, but rain is expected to follow on Tuesday.