The UK will see wet and windy conditions continue in western and northern areas of the country today. The Met Office issued a severe weather warning for rain on Wednesday, forecasting up to 3.14 inches (80mm) of rainfall to batter some areas. In other areas of the country, warmer than average temperatures are expected as a result of a weather anomaly in the form of a 700-mile wide band of subtropical air arriving from the Azores leading to weather rising up to 6C on average temperatures.

Weather forecasters predict torrential rain to pummel some areas of the UK on November 11.

The Met Office issued a severe weather warning this week covering parts of Scotland advising of a risk of flooding and disruption.

The warning reads: “A band of rain will push in from the west during the early hours of Wednesday, this will persist throughout the day with accumulations of 1.6 to two inches (40 to 50mm) widely expected within the warning area.

“This will be accompanied by strong southerly winds.” 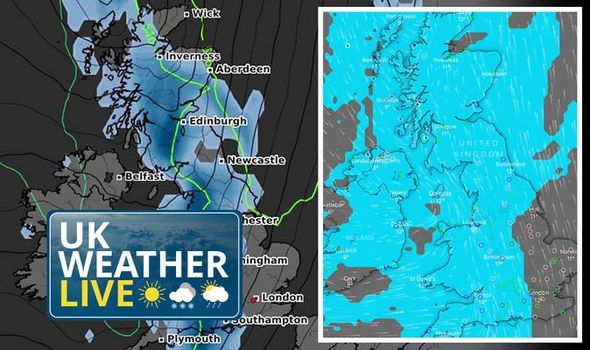 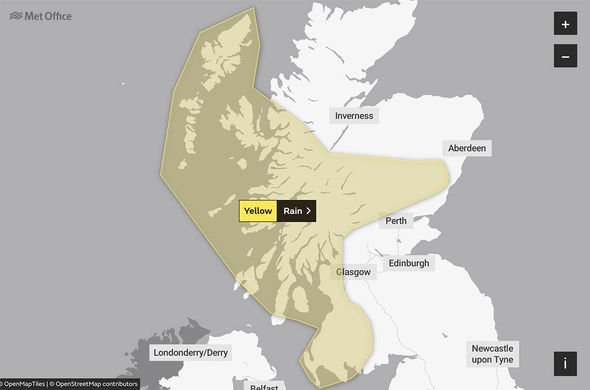 8.00am update: The Met Office weather warning for rain in Scotland

The Met Office weather warning for rainfall in Scotland is in effect from 2am to 11.59pm on Wednesday.

The affected regions include: 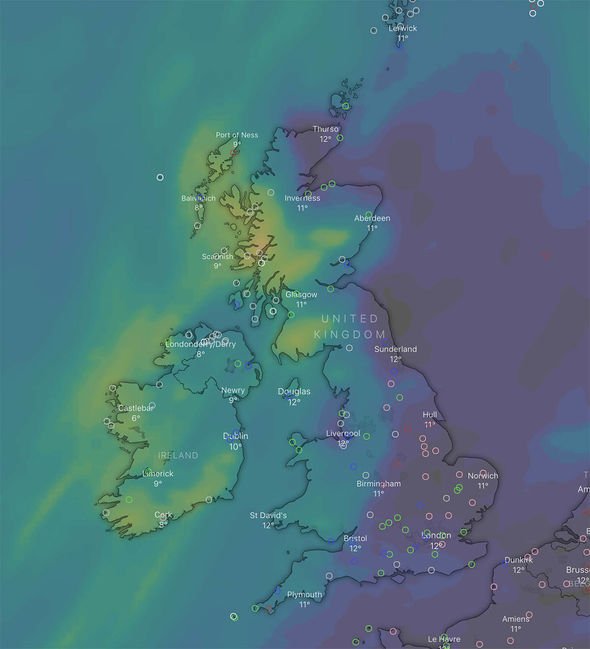 BBC weather forecaster Carol Kirkwood predicts a blustery day on Wednesday with gusts reaching up to 54mph in some regions.

She added many regions across will see heavy and persistent rain, with several areas having seen intense rain steadily overnight on Tuesday.

Ms Kirkwood said: “Later today the mild weather in the south will be followed by more heavy and persistent rain.

“All along the weather front, it’s going to be gusty and just ahead of it, the wind will pick up.

“The strongest will be in the north, around 53mph, and in the west at 54mph.”