Gusts could reach severe-gale force in exposed regions on Tuesday and Wednesday as two deep low-pressure systems hurtle in tandem towards Britain. Torrential downpours expected through the week have sparked Government officials to warn people in the most at-risk regions to take ‘immediate action’. A cold front will move across northern Britain in the wake of the storm bringing snow to the hills, forecasters say. Experts are currently monitoring the development of weather patterns in the Atlantic and say weather warnings are possible in the coming days.

Jim Dale, meteorologist for British Weather Services, warned the pleasant spring tranquillity of the past few days is about to be ‘abruptly ended’

He said: “This is a fairly major system which we expect to affect the UK from Tuesday into Wednesday, it may be something we issue a warning for.

“We are expecting severe gale-force gusts in exposed regions later on Tuesday and into Wednesday.

“This system, which is a double-barrelled low-pressure organisation, has got some venom and is going to keep people on their toes.

“It is safe to say the tranquillity we have enjoyed through the start of the month is about to come to an abrupt end.”

Weather models show powerful winds from the Atlantic gathering strength to hit speeds of 120km/h on Wednesday as they crash into the UK.

Western coastal regions stand to fare worse from the onslaught although gusts will widely reach gale-force through the middle of the week. 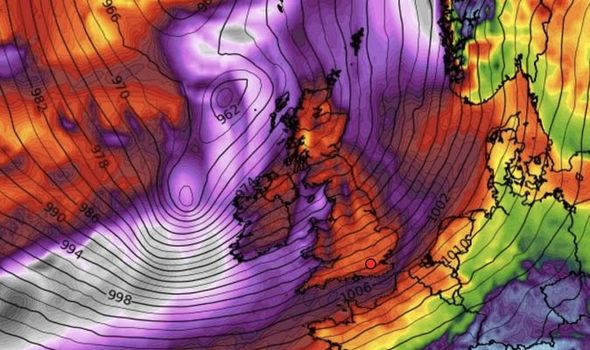 While the main threat will be from violent winds, parts of the country are also braced for torrential downpours as the weather turns autumnal.

The Environment Agency (EA) has issued 19 flood alerts and one more serious flood warning across southern and parts of eastern Britain.

Officials have warned to be on alert for flooding from rivers with travel disruption and damage to properties possible.

An EA spokesman said: “Local flooding is possible from rivers and surface water, in parts of Wales and the north of England on Wednesday and Thursday.

“Land, roads and some properties may flood and there may be travel disruption.” 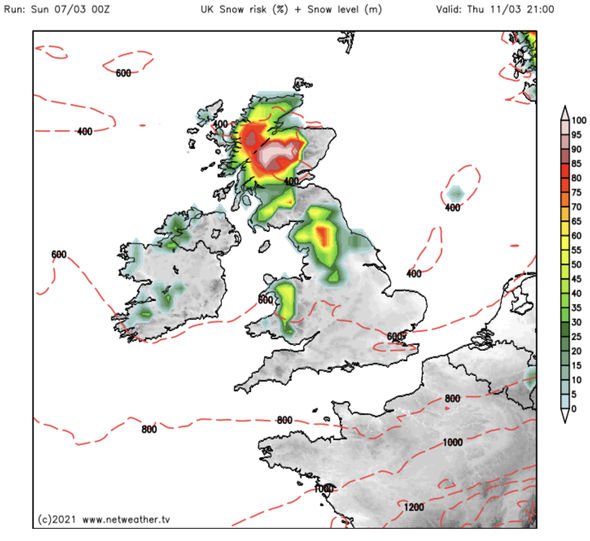 The Met Office warned Britons to expect a ‘return to Autumn’ with wind, rain and hill snow on the way this week.

Meteorologist Aiden McGivern said powerful Atlantic gusts will be steered into the UK by the jet stream.

He said: “We are looking at a return to autumn with low pressure in charge, and that will bring a return of wet and windy weather.

“It’s a messy transition from high pressure to low pressure.

“A core of much stronger winds associated with the jet stream will make progress across the UK bringing wind and rain.

“We expect some really strong winds potentially into next week, with low pressure after low pressure. 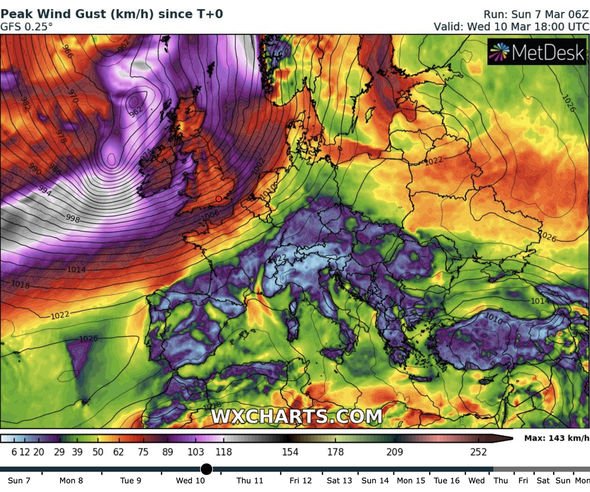 “We will see a few showers associated with a cold front and even some hill snow.”

John Hammond, meteorologist for weathertrending.com warned Atlantic fronts will ‘race’ across the UK driven by the jet stream.

There are signs of a colder spell after mid-month with even a return to snow possible during the start of spring, he warned.

He added: “We’re now approaching the Spring Equinox – the time in the year when days are most rapidly getting longer.

“Southerlies will bring genuine warmth, but it will be a very different story if it sends northerlies in our direction. 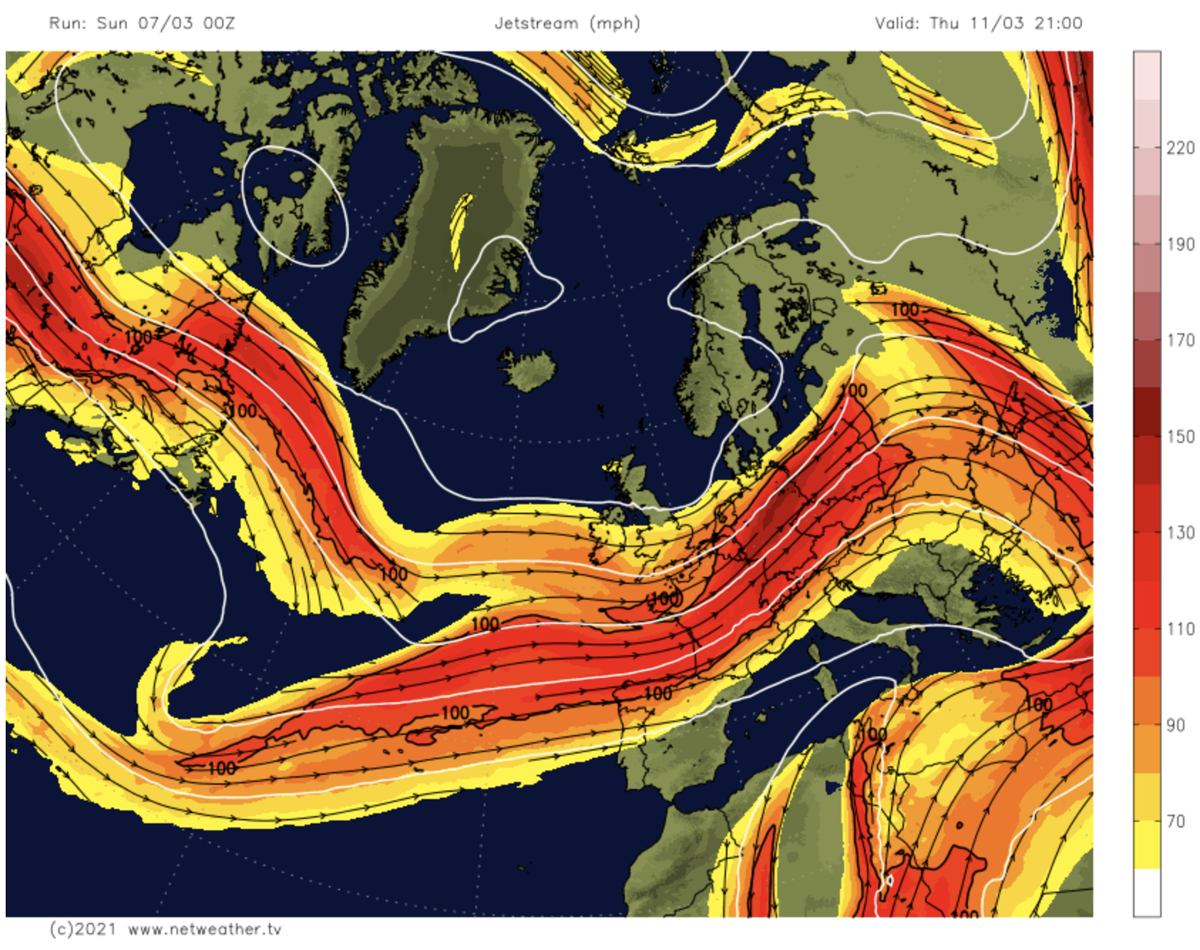 “This looks to have lower likelihood at this stage but can’t yet be discounted. Frost, even snow, are still in the equation.”

Models reveal two low-pressure cyclonic weather systems racing side by side towards Britain on Tuesday.

They will be driven by a 100mph jet stream forecast to swoop directly over the UK this week pulling choppy bouts and wind and rain in from the Atlantic.

“As the Jet Stream powers up, it’ll bring the return of weather from the Atlantic, making it much more unsettled from mid-week.

“There’ll be spells of rain heavy in places, and it’ll become windy with gales, especially in the North West but it’ll be milder, at least for a while.”