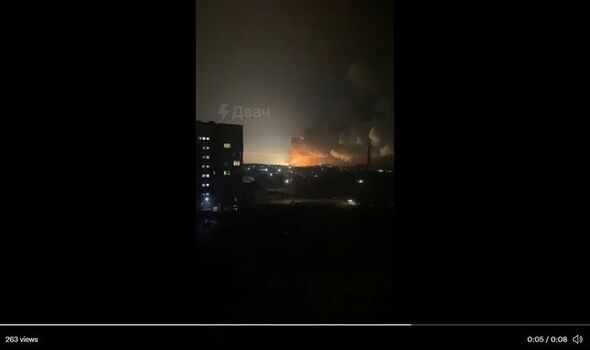 According to the reports, visuals of explosions from airstrike reported near Boryspil Airport in Kiev, Oblast were seen on Wednesday night.

He made the declaration in a televised speech at the same time as the UN Security Council was imploring him to stop.

Several reports on social media confirm that there have been explosions in Kharkiv in the north-east, Odesa in the south, and the eastern Donetsk Oblast area.

Some suggest Russia has started intense artillery and rocket fire from Belgorod.

Another explosion has been reported in Mariupol

Speaking on the attack, Russia’s UN representative Vasily Nebenzya told Reuters: “We don’t know all the details today about his president’s [Putin’s] operation in eastern Ukraine.”

Ukraine’s UN Representative Sergiy Kyslytsya said: “The ambassador of the Russian Federation, three minutes ago, confirmed that his president declared a war on my country.”