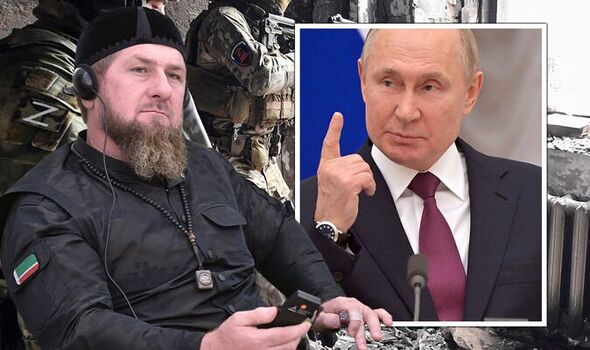 Ramzan Kadyrov, the Chechen leader and key ally of Russian President Vladimir Putin, is forming four new military battalions “with an impressive number of personnel” to support Vladimir Putin in his bloodthirsty campaign in Ukraine. Writing on Telegram, Mr Kadyrov said that the four battalions, titled “North-Akhmat,” “South-Akhmat,” “West-Akhmat” and “Vostok-Akhmat,” would be created “very soon” in the Chechen Republic. He added: “The military contingent will include only Chechen guys. They will replenish the composition of the troops of the Ministry of Defense of the Russian Federation.”

Vladimir Putin’s tactics are turning ever more desperate as Russian forces turn to Soviet-era missiles as the military shows more signs of being “hollowed out”.

“These weapons highly likely included the Soviet-era AS-4 KITCHEN and more modern AS-23a KODIAK missiles, fired from both Belarussian and Russian airspace.

“These weapons were designed to take on targets of strategic importance, but Russia continues to expend them in large numbers for tactical advantage.

“Similarly, it fielded the core elements of six different armies yet achieved only tactical success at Severodonetsk.

“The Russian armed forces are increasingly hollowed out. They currently accept a level of degraded combat effectiveness, which is probably unsustainable in the long term.”

What is the Donbas?

The Donbas region of Ukraine refers to the old coal and steel-producing areas in the east.

The regions, Luhansk and Donetsk, run from outside Mariupol in the south all the way to the northern border.

Russia formally recognises these breakaway areas as independent from Ukraine.

Russian forces seized more than a third of the area after Russia annexed Crimea in 2014. Donbas is predominantly Russian-speaking and Putin has repeatedly spoken about “liberating” it completely.

Despite sharing a language, these areas are no longer pro-Russian.

Defence specialist Konrad Muzyka, head of Rochan Consulting, said: “Mariupol was one of the most pro-Russian cities in Ukraine and to level it is beyond my comprehension.” 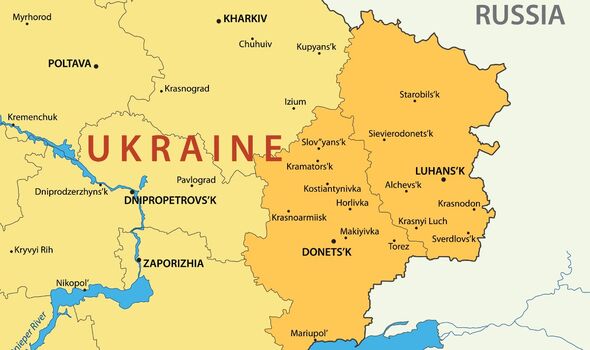