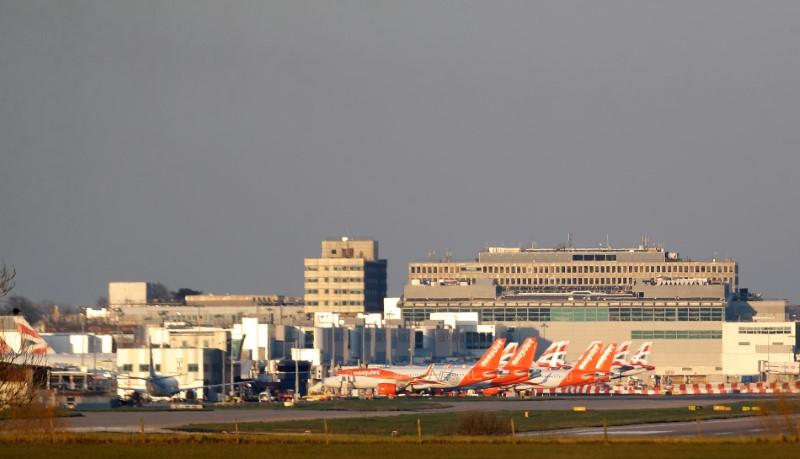 LONDON (Reuters) – London’s second-busiest airport, Gatwick, said on Friday it would shut one of its two terminals next week following a collapse in flight numbers and government restrictions on unnecessary trips.

The north terminal, used by carriers including EasyJet, will shut from April 1.

“Gatwick is a resilient but also responsible business and during these extraordinary times we need to take unprecedented measures to protect the health and wellbeing of our staff and passengers, while also shielding the business from the impact of coronavirus,” the airport’s Chief Executive Stewart Wingate said.

The terminal will stay shut for at least a month, the airport said, with the situation being kept under regular review.

The closure of the terminal comes after British Prime Minister Boris Johnson order people to stay at home to halt the spread of coronavirus on Monday. Non-essential shops have also been told to close.

A decision will be taken on reopening the terminal when airline traffic increases and government public health advice – including on social distancing – is relaxed, the airport said.

Scheduled flights at the south terminal will run between 1400 and 2200 BST (1300 and 2100 GMT), with the runway only open for emergency landings and diversions outside those hours.

Airlines have slashed schedules due to travel restrictions aimed at slowing the spread of coronavirus and a week ago easyJet said it would ground most of its flights, only operating essential services on some routes since Tuesday.

London’s City Airport said on Wednesday it would close until the end of April, and Heathrow, the busiest in Europe, has started to shrink its operation to remain open throughout the crisis for some passenger flights and a surge in cargo activity.