US announces sanctions on Iran, Venezuela’s Maduro under ‘UN’ authority as UNGA gets under way. 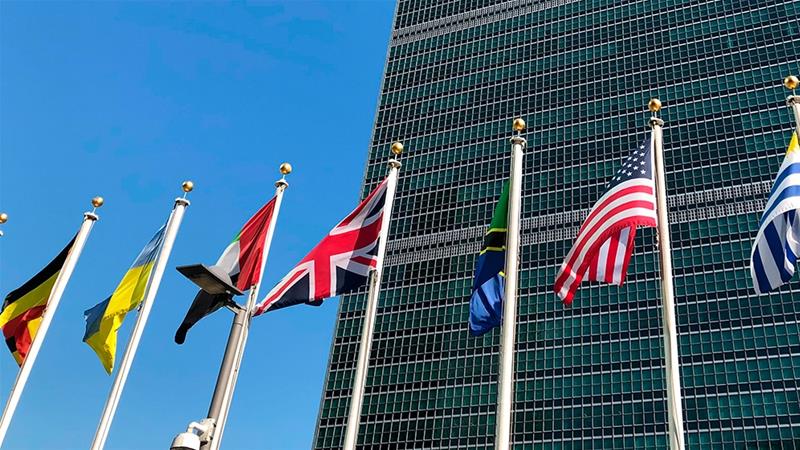 The United Nations marked its 75th anniversary on Monday, celebrating the mantra that “multilateralism is not an option but a necessity” – even as the coronavirus pandemic underscores the fragility of international cooperation.

The anniversary kicked off at the global body’s annual UN General Assembly, when normally leaders and representatives of nearly 200 countries gather en masse to sound off about the world’s problems and offer myriad solutions.

Instead, with COVID-19 still limiting global movement, just one representative from each of the 193 UN members will be allowed, and only someone already in the United States.

Everyone else will have to appear by videoconference, including at least 160 heads of state.

In a recorded video message, Qatar’s Emir Sheikh Tamim bin Hamad Al Thani has reiterated his country’s commitment to work with and support the United Nations in order to “achieve its desired goals”.

“We reaffirm Qatar’s steadfast position in supporting and embodying the principles and objectives of the United Nations charter,” Sheikh Tamim said.

“We stress the need to implement the political declaration adopted today by promoting multilateralism and preventative diplomacy, respecting the sovereignty of states and dealing with them on an equal footing, addressing resolutely the use of force in international relations,… [and] finding solutions to protracted crises and conflicts based on international law.”

“In order to empower the UN system, we must first reform the Security Council,” Erdogan said, adding that the current structure that leaves the fate of seven billion people at the mercy of the five permanent members of the council is neither “fair nor sustainable”.

“We can’t overcome today’s challenges through structures designed for the needs of the previous century,” he added.

United States President Donald Trump did not address the UN’s 75th anniversary event via a pre-recorded video speech on Monday as expected.

Trump was listed as the first speaker among member states on the UN’s agenda for the event. Instead, the US acting deputy representative to the UN, Cherith Norman Chalet, spoke in the General Assembly Hall.

“For the Trump administration, this anniversary is an important moment to mark the many successes of the United Nations, but to do so with clear eyes and a renewed determination to see this important body serve its intended purpose,” she said.

“People are asking whether this was a deliberate snub or an indication of how important the US feels the UN is in its priority list,” he said, speaking from outside the UN headquarters in New York.

UN Secretary-General Antonio Guterres has called for more international cooperation in the face of global challenges at an event marking the world body’s 75th anniversary.

“Climate calamity looms; biodiversity is collapsing; poverty is again rising; hatred is spreading; geopolitical tensions are escalating … and the COVID-19 pandemic has laid bare the world’s fragilities. We can only address them together.” 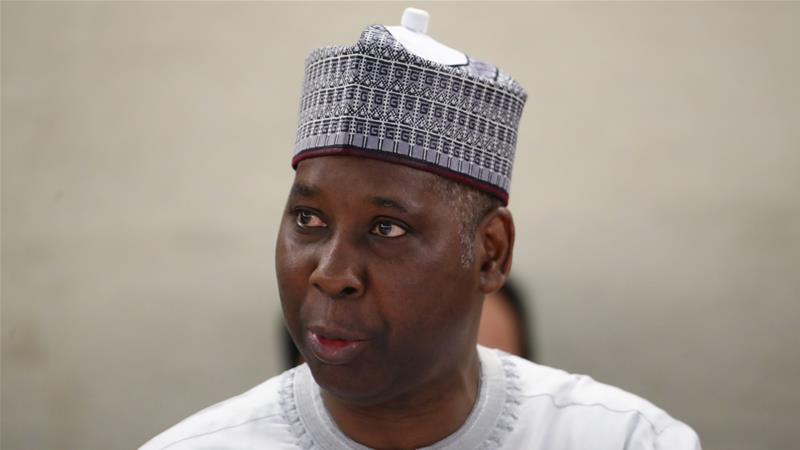 What power does the UNGA have to enforce resolutions?

‘It’s going to get worse before it gets better,’ the Connecticut governor says as 3 cities add restrictions.

Advertisers Flock to Election Night, When Live TV Is the Main Event Again