Home » World News » US Election 2020: Can Joe Biden keep his lead as polls SLIP towards Trump?

Donald Trump and Joe Biden will soon clash on-stage for the first time, with their party addresses at the DNC and RNC now over. A particularly tumultuous year for the US has raised the stakes for the 2020 ballot, with many people now anxious about another potential term for Mr Trump. The polls have reflected this, but Mr Biden’s previously sure-footed position has begun to slip.

Can Joe Biden keep his lead in the polls?

US-based pollsters have consistently reported a lead for Mr Biden, who has surged ahead of Mr Trump by up to ten points.

The Democratic frontrunner has managed to storm ahead due primarily to perceived failures of the incumbent, as the US has seen record coronavirus cases under Mr Trump’s leadership.

But his underperformance here and inaction against claims of social injustice have not deterred everyone, as he is making a comeback. 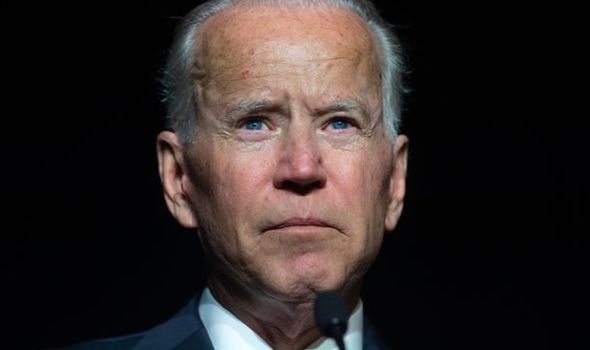 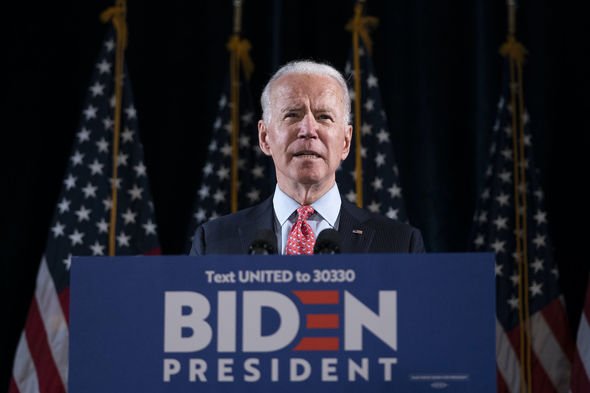 Recent figures from poll aggregators at FiveThirtyEight still have Mr Biden in the lead, but it has slipped into the mid-single figures.

Bookmakers have shifted their predictions accordingly, as they have cut their odds in President Trump’s favour. 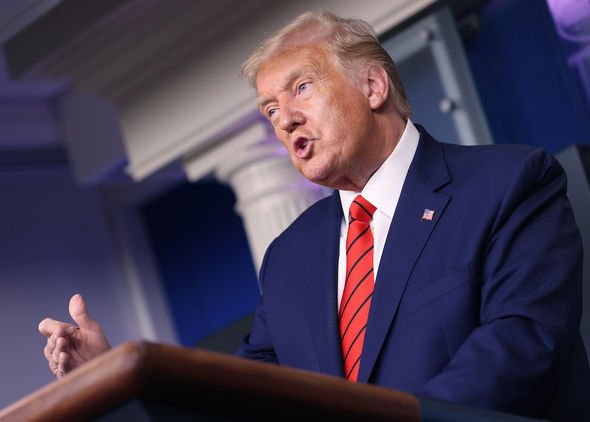 Speaking to Express.co.uk, The Pools spokesman Dave Prentice said people should stay wary of the lead, however.

He said: “Donald Trump has eaten into Joe Biden’s early lead in the US Presidential race and the POTUS has now nosed ahead of his rival for the first time.

“The polls initially had Biden consistently ahead of Trump, but the most recent odds from thepools.com have seen the President mount a stirring comeback. 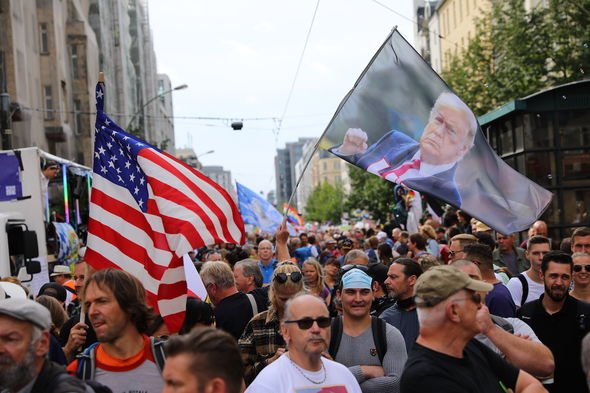 “Trump is now 19/20 favourite to win the presidential race, with Biden drifting to 4/5.

“The US Presidential Election Popular Vote winner, however, is cut and dried. Biden is 1/6 and Trump 7/2.

“But be warned. In 2016 Hilary Clinton led the polls before Trump emerged victorious.

“There’s still plenty to play for before the decision on November 3.”

Hillary Clinton famously clinched the popular vote back in 2016 but failed to take the White House due to the Electoral College.

Polls had her on a four-point lead in the months running up to – and the day before – Election Day.

But she made a fatal error during her campaign, alienating blue-collar workers and calling half of Mr Trump’s supporters “deplorable”.

Mr Biden has not made the same mistakes, and pundits have allowed themselves some tentative optimism.