Omar’s challenger has portrayed the history-making congresswoman and member of the so-called ‘squad’ as too divisive. 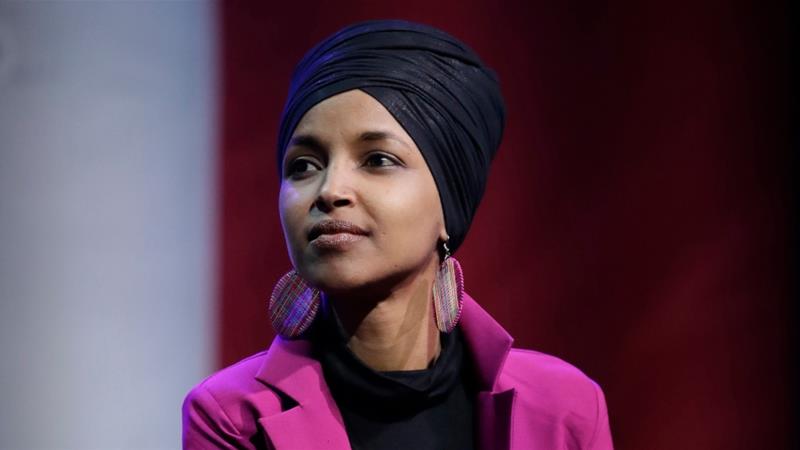 Ilhan Omar, a progressive United States representative from Minnesota who in 2018 became the first Somali-American and one of the first of two Muslim women to serve in Congress, is readying for what is expected to be a competitive primary challenge.

Omar, who came to the US as a refugee, has garnered an outsized national profile following her history-making election and while serving as a member of the so-called “squad” – four progressive freshmen women of colour in the House of Representatives who have been outspoken critics of President Donald Trump.

She is set to face off on Tuesday against fellow progressive Antone Melton-Meaux for Minnesota’s fifth district. The winner of the Democratic primary in the overwhelmingly liberal district is all but assured to win the general election in November.

Omar and Melton-Meaux share much of the same political ideology, although Melton-Meaux has presented himself as slightly more centrist on some issues. The two specifically diverge when it comes to Israel.

Omar has been an outspoken critic of Israel’s policies, and supports the Boycott, Divestment and Sanctions, or BDS, movement. Melton-Meaux, according to the Huffington Post, has been backed by several influential pro-Israel groups.

Melton-Meux has also sought to portray Omar as too divisive and focused on celebrity to be an effective leader.

“She’s not grounded in this district, she’s not keeping the residents involved in her decision-making, she misses votes,” Melton-Meaux told local station Fox 9 KMSP. “That’s not the kind of leader people want.”

In the 2019 legislative session, Omar missed about 5.7 percent of House votes, according to GovTrack.us, a Congressional tracking website.

This is the last day to vote early! You can still drop off your ballot at Minneapolis Elections and Voter Services or Hennepin County Government Center.

Omar, for her part, has questioned Melton-Meaux’s motives and suggested he has co-opted her platform for personal gain.

“I don’t know what he’s controlled by. But what I do know is that until recently, there was no platform,” she told the news station. “Until recently, it was, ‘We just need to get rid of Ilhan.'”

Both candidates have raised over $4m leading into the primary.

Omar is the only member of the “squad” whose party nomination remains in question. The other members include Representatives Alexandria Ocasio-Cortez, Rashida Tlaib, and Ayanna Pressley. 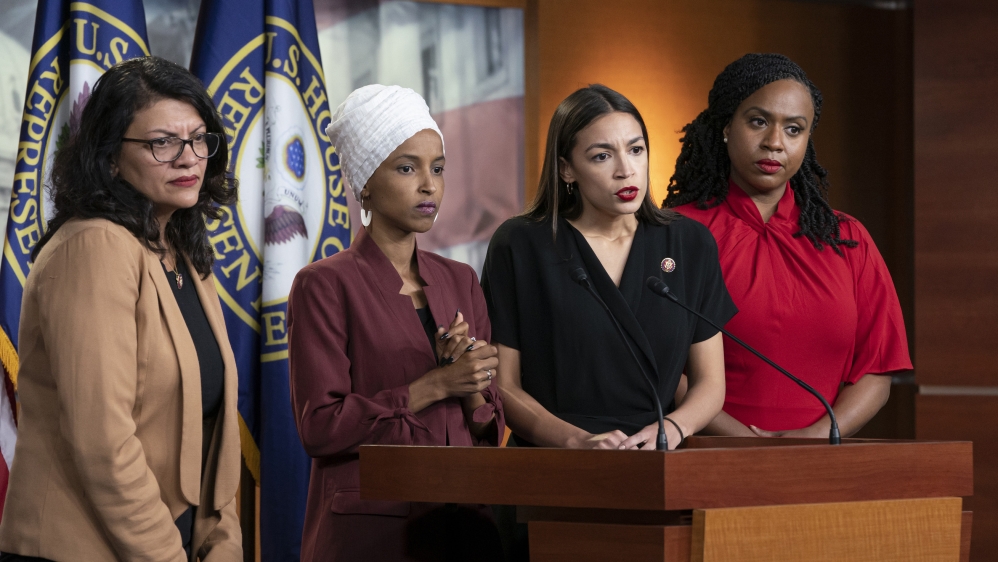 Pressley is not facing a challenger for Massachusetts’s 7th Congressional district on September 1.

Ocasio-Cortez, Tlaib, and Pressley are all expected to win easy victories in the general election on November 3.