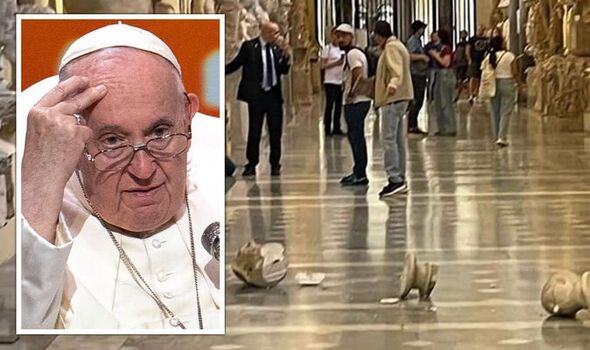 An American tourist knocked over two priceless busts in the Vatican Museums after being told he could not see the Pope, according to reports. The incident took place at around midday on Wednesday at the Chiaramonti Museum in Rome.

The man threw himself at a bust after being told he could not meet Pope Francis before a second bust toppled, Italian newspaper Il Messaggero reports.

He was stopped by staff at the museum and later detained by police.

Matteo Alessandrini, director of the press office for Vatican Museums, said the two busts were damaged but “not particularly badly”.

He told CNN: “The busts were affixed to shelves with a nail but if you pull them down with force they will come off. 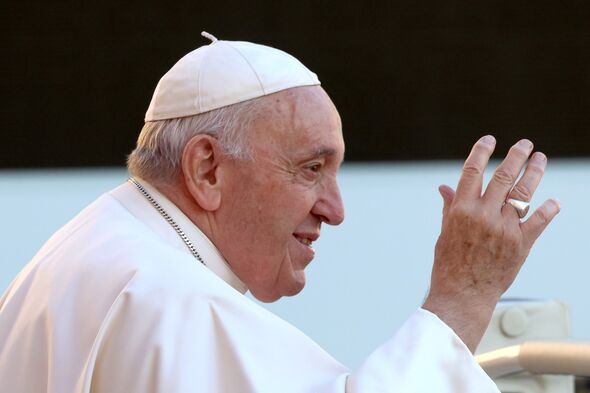 “He pulled down one and then the other and the guards came immediately and stopped him and consigned him to the Vatican police who brought him in for questioning.

“Around 5.30pm he was handed over to the Italian authorities.

“The two busts have been damaged but not particularly badly.

“One lost part of a nose and an ear, the head of the other came off the pedestal.”

Mr Alessandrini added that the busts “will soon be restored and back at the museum”.

A source, who spoke on condition of anonymity because he was not authorised to discuss an ongoing investigation, said the man had “behaved strangely”.

The Chiaramonti Museum boasts more than 1,000 treasures including one of the most important collections of Roman portrait busts.

Mountain Butorac, who leads pilgrimages to the Vatican and who often visits the museum, said: “One of the beautiful things is that it allows the visitors to get literally face to face with these ancient sculptures.

“My fear is that with behaviour like this, barriers could be put in place.” 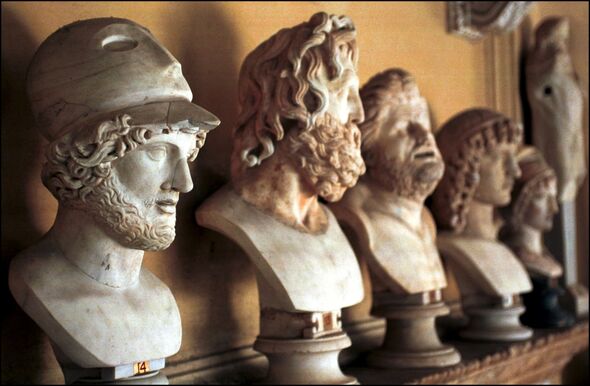 The most notorious attack on artwork in the Vatican was in 1972 when a Hungarian man jumped over a side altar in St Peter’s Basilica and attacked Michelangelo’s Pieta, which shows the body of Jesus on the lap of his mother Mary after the crucifixion, with a sledgehammer.

He knocked off Mary’s left arm and chipped her nose and veil.

That Renaissance masterpiece is now behind bulletproof glass.