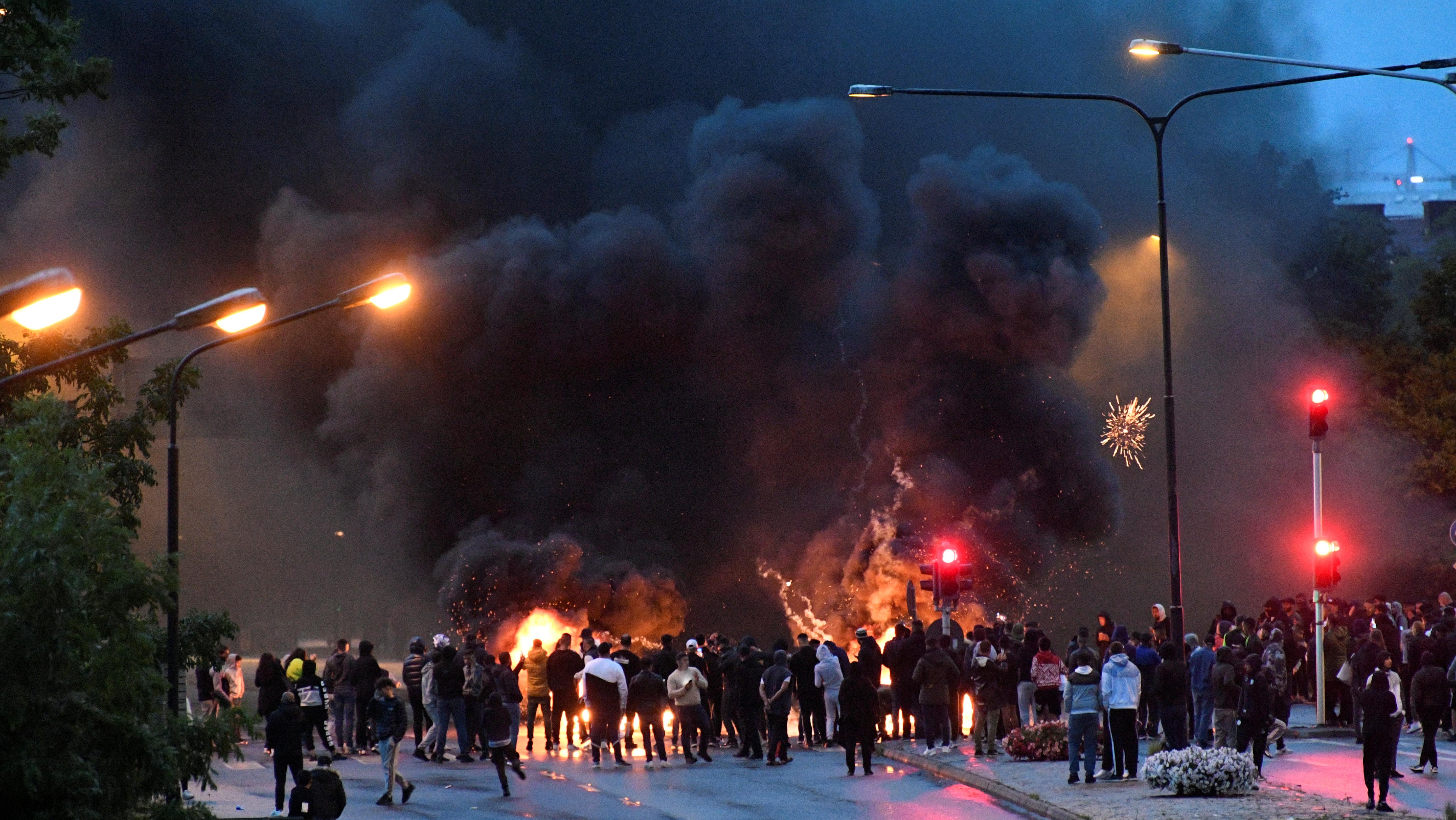 STOCKHOLM (Reuters) – A riot broke out on Friday in the southern Swedish town of Malmo, where at least 300 people had gathered to protest against anti-Islam activities, police said.

Protesters were throwing objects at police officers and car tyres had been set on fire, a police spokesman said. Earlier in the day, a copy of the Quran had been burned in Malmo by right-wing extremists.

“We don’t have this under control but we are working actively to take control,” the spokesman said.

“We see a connection between what is happening now and what happened earlier today,” he said.

The demonstrations had escalated in the same place where the Quran had been burned, the spokesman said.

Daily Aftonbladet said several anti-Islam activities had taken place in Malmo on Friday, including three men kicking a copy of the Quran between them in a public square.

The anti-Islam protests occurred after Rasmus Paludan, leader of Danish far-right political party Hard Line, had been denied permission to have a meeting in Malmo and was stopped at the Swedish border, according to the newspaper.