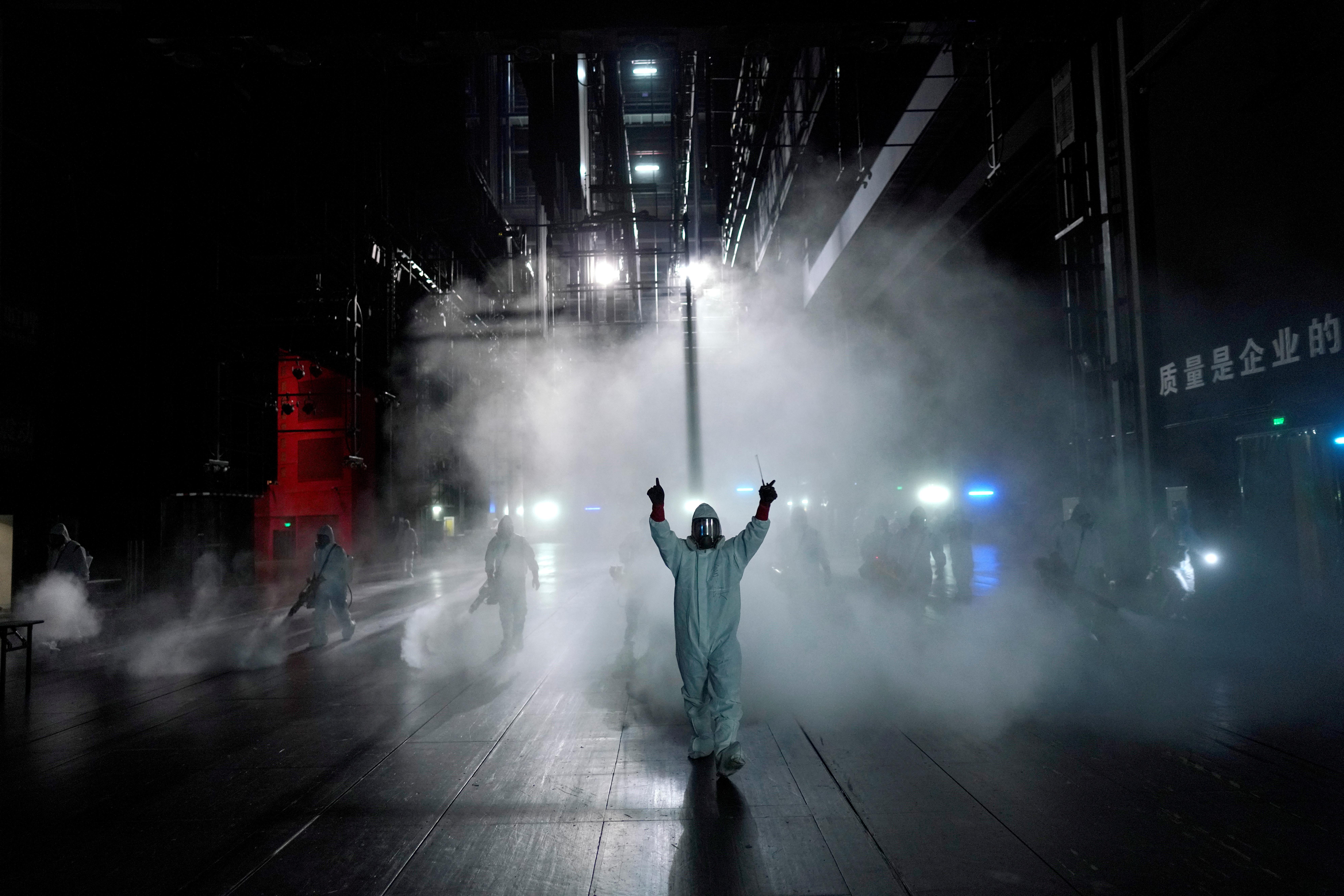 WUHAN, China (Reuters) – Volunteers in hazmat suits have been spraying Wuhan with disinfectant to help the Chinese city where the coronavirus first took hold get back to work as the number of new cases in China drops.

Wuhan, where 11 million people live, had been paralysed by containment efforts imposed by authorities, who shut down public transport as well as taxi services as part of a lockdown, leaving it mostly to ordinary citizens to keep the city running.

Zhang Quan is a member of Blue Sky Rescue, China’s biggest nonprofit civil rescue organization, which has been involved in helping distribute medical supplies for the epidemic.

The former soldier leads a team of 60 volunteers that has been focused on disinfecting places such as hospitals and schools.

“We have teachers, policemen, entrepreneurs,” he told Reuters on Thursday about his hazmat suit-clad team, who were preparing to walk through the Wuhan Qintai Grand Theatre to disinfect its seats and hallways with white plumes of chlorine dioxide.

It has started to relax those restrictions in recent weeks and will allow people to start leaving the city on April 8, more than two months after the curbs were put in place in late January.

Still, the top official in Wuhan on Friday warned residents to strengthen self-protection measures and avoid going out as Beijing preaches vigilance to avoid a resurgence of infections.

Wang Zhonglin, Wuhan’s Communist Party chief, said the risk of a rebound in the city’s coronavirus epidemic remained high due to both internal and external risks and that it must continue to maintain prevention and control measures.

China has reported a total of 81,589 confirmed cases, which exclude asymptomatic patients, and 3,318 deaths from the outbreak. Worldwide, the number of cases has topped 1 million, with at least 52,000 deaths.