A number of wealthy conservatives say Trump is a threat to democracy and the long-term health of the Republican Party. 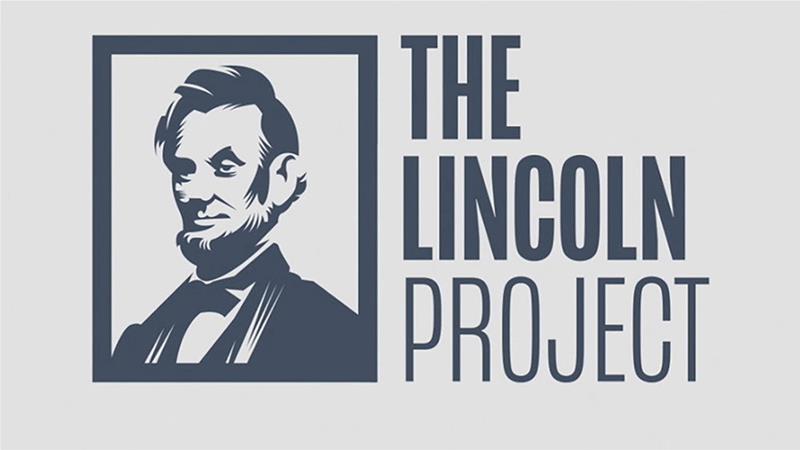 Jimmy Tosh, who runs a multimillion-dollar hog and grain farm in Tennessee, is a lifelong Republican. He is pro-gun, supports lower taxes and agrees with most of Republican President Donald Trump’s agenda.

He is also spending his money to help defeat Trump in November’s election.

Tosh is one of a growing number of wealthy conservative Americans who say Trump is a threat to democracy and the long-term health of the Republican Party. They are actively supporting his Democratic opponent, former Vice President Joe Biden, in the November 3 election.

Several billionaire and millionaire donors to The Lincoln Project, the most prominent of Republican-backed groups opposing Trump’s re-election, told the Reuters news agency elected Republicans should also be punished for enabling him. Some even support the removal of vulnerable Republican senators to hand control of the chamber to Democrats.

Our friends at @ProjectLincoln have outdone themselves with this ad. LOL, as the kids say.pic.twitter.com/KpCGibxY8Y

Their money has driven an unprecedented campaign from members of the sitting president’s own party to remove him from office. This is a sign that Trump has alienated some Republicans, most recently with his response to the coronavirus pandemic and nationwide protests over police brutality against African Americans.

The ultimate effect of these actions remains to be seen in a country so deeply polarised. The so-called “Never Trump” Republicans failed to stop his ascent in 2016 and became marginal figures as Trump came to dominate the party during his presidency. But this year could be different, some strategists from both parties said.

“The distinction in 2020 that we didn’t see in 2016 is the amount of money backing their efforts and their size,” said Karen Finney, a Democratic strategist and a spokesperson for Hillary Clinton’s 2016 presidential campaign.

“The number of people willing to go public about Trump and put serious money behind beating him – I don’t think we’ve seen an effort on this scale.”

Ben has worked in GOP politics since he was 16. He helped investigate the Obama administration in Congress and worked for Republican Gov. Susana Martinez. He felt “compelled to speak out because Donald Trump is a menace to society.” Watch: pic.twitter.com/q79FIwgQTr

Besides The Lincoln Project, several Republican-backed groups have been formed in recent months to support Biden – including 43 Alumni for Biden, a super PAC involving hundreds of officials who served in Republican President George W Bush’s administration, and a coalition of former Republican national security officials.

Others are sceptical, noting that Trump is vastly outraising and outspending the Never Trump groups and still enjoys nearly 90 percent support among Republicans. In June alone, Trump’s campaign raised $55.2m, compared with the $20m The Lincoln Project has raised since its formation in December.

Yet in a close election, even peeling away a sliver of wavering Republicans and some independents could make a difference, analysts said.

Tosh, who has given $11,000 to The Lincoln Project after seeing one of their advertisements attacking Trump, said he might give to other Republican-led groups too.

“I made the decision I will not support a Republican candidate in an election until Trump is gone,” he said.

The Never Trumper Republicans, though on respirators with not many left, are in certain ways worse and more dangerous for our Country than the Do Nothing Democrats. Watch out for them, they are human scum!

Other top individual donors to The Lincoln Project include Christy Walton, the Walmart heiress who has mainly given to Democratic candidates in recent years; hedge fund billionaire Andy Redleaf, who sits on the board of visitors at the conservative Federalist Society; and Sidney Jansma Jr, an oil and gas executive from Michigan and a frequent donor to Republican candidates and causes.

The Lincoln Project advertisements have attacked Trump over his response to economic and health crises and racial tensions, targeting wavering Trump voters and independents.

Democratic advertisement maker Jimmy Siegel who worked on Clinton’s 2008 campaign, said some of the spots, viewed by millions, could be persuasive to “teetering” Republicans on the fence.

Erin Perrine, a Trump campaign spokeswoman, said of the anti-Trump groups: “This is the swamp – yet again – trying to take down the duly elected president of the United States.” She said Trump’s level of support among Republicans is “something any former president of any party could only dream of”.

It is not just conservatives giving to the Republican anti-Trump groups. The Lincoln Project, for instance, is also receiving large sums from wealthy Democrats, filings with the Federal Election Commission show. Its biggest single donation in June was $1m from hedge fund manager Stephen Mandel, a prolific Democratic donor.

Reed Galin, one of the group’s founders who worked for Bush and the late Republican US Senator John McCain, said Trump’s bullying brand of politics is “not good for the party, and it’s also bad for the country”.

Redleaf, founder of Minnesota-based hedge fund Whitebox Advisors, said Biden will be the first Democratic presidential candidate he has voted for.

Redleaf, who calls himself a “conservative libertarian”, has donated $35,000 to The Lincoln Project. He said he agreed with the group’s push to also target Republican senators who face tough re-election battles in November.

Tosh said he has “mixed emotions”.

“I’ve been a Republican all my life and want to stay Republican – but the Republican Party has to change after what it’s done over the past three years.”