Home » World News » Where does the world stand on a coronavirus vaccine?

WHO says three vaccine candidates are in clinical testing phase, while 67 potentials are in preclinical phase. 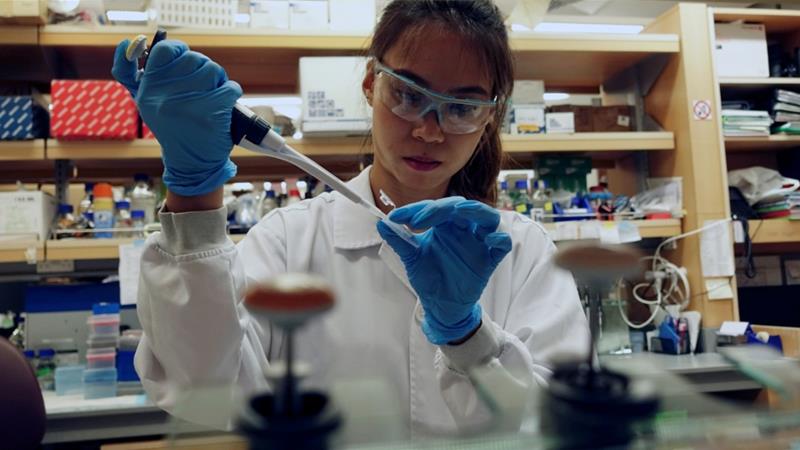 Scientists around the world are racing against time to develop a vaccine for the novel coronavirus that has killed more than 100,000 people and infected more than 1.7 million worldwide.

In some of the worst affected countries such as China and Italy, the infections and deaths have levelled off in recent days, but experts warn the risk of a new wave of outbreaks is imminent without a vaccine.

But the expedited development of a vaccine remains a lengthy process, often taking years, with many scientific hurdles despite serious and coordinated international efforts by laboratories, private companies and governments.

Experts say a vaccine for the new coronavirus, SARS-CoV-2, could take at least a year to a year and a half to be proven safe, effective and made widely available.

To date, the World Health Organization (WHO), says three vaccine candidates are in the clinical testing phase, meaning they are able to be tested on humans, while 67 potential vaccines are in preclinical phase.

This is where the world stands on a vaccine for the new coronavirus:

A vaccine works by presenting certain molecules, also known as antigens of the pathogen (the virus), to the human body’s immune system, Dr Sara Kayat explained in an Al Jazeera Doctor’s Note.

These antigens are traditionally in a weakened or inactive form, so they cannot actually cause the illness. However, our immune system is able to recognise the antigen as an unwanted foreign invader, and thus forms antibodies that reject the pathogen if it tries to infect you in the future.

Many potential vaccines being developed, including one of the three which the WHO says is in the clinical testing phase, use this more traditional approach.

Newer science is also being employed to create vaccines from a copied genetic code from the virus, which is made in a laboratory. At least two potential vaccines made this way are currently being tested on humans. However, no vaccine that has been made in this novel fashion has been approved to date for any sickness.

Scientists have a bit of a head start in creating a vaccine for the virus that causes COVID-19, according to Dr Kayat.

Vaccine testing typically begins with animal testing, although at least one coronavirus vaccine developer has skipped this step and moved straight to human testing, and others have done parallel human and animal testing.

The human testing is usually composed of three phases.

Phase one trials are small-scale, usually involving about 100 participants, to assess whether the vaccine is safe for humans. Phase two trials often involve several hundred subjects, and mainly evaluate the efficacy of the vaccine against the disease. This phase can last from several months to several years.

The final phase is on an even larger scale of thousands of people, often across several medical facilities, to further assesses the efficacy of the vaccine over a defined period of time. This phase can last several years.

Last month, Mike Ryan, executive director of the WHO Health Emergencies Programme, said a vaccine for coronavirus is “at least a year away”.

However, Sarah Gilbert, a professor of vaccinology at Oxford University who is heading a UK team developing a vaccine, told the Times on Saturday that she was “80 percent confident” their vaccine could be effective and ready by September – cutting the estimated time down to six months.

Gilbert told the newspaper that human trials for her team’s vaccine were set to begin in about two weeks.

She added she was working with the UK government to create a possible plan to start production before the vaccine is finalised, which could allow the public to access the vaccine as soon as it is proven effective.

In Australia, the national science agency announced in early April they had begun testing the Oxford University vaccine on ferrets. It is a vector-based vaccine that uses a defective strain of the virus.

Human trials have started for at least two potential vaccines.

Jennifer Haller, 43, was plunged with a needle on March 16 in Seattle, Washington state, becoming the first human in the world to be administered a potential vaccine for the new coronavirus.

That vaccine, code-named mRNA-1273, was developed by the US National Institute of Health (NIH) and the Massachusetts-based biotechnology company Moderna Inc. 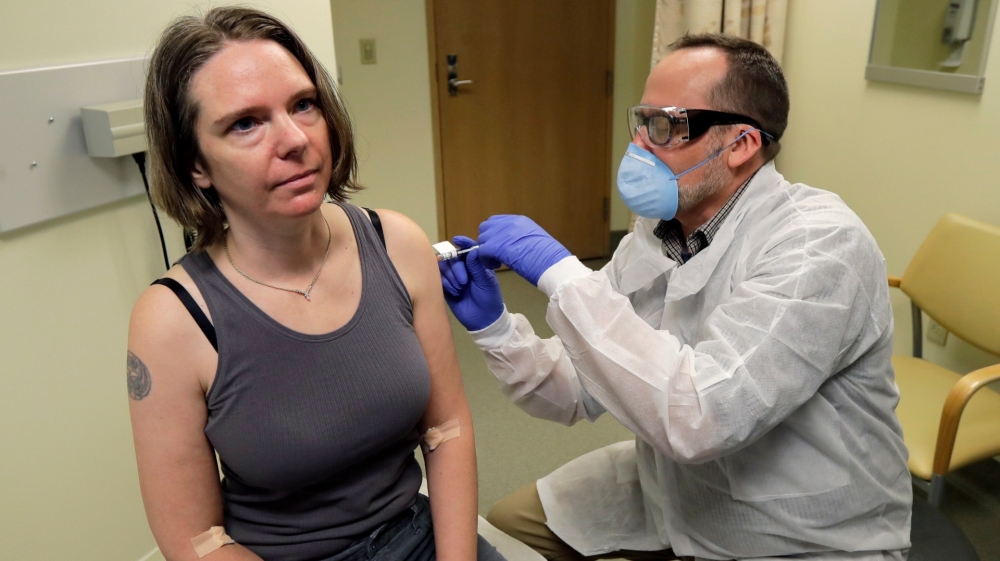 In early April, Inovio Pharmaceuticals, another US-based company, began testing a similar vaccine, code-named INO-4800, on human participants in Philadelphia and Kansas City, Missouri. The Pennsylvania-based company is also working with Chinese researchers to begin a similar study in that country soon.

In China, a potential vaccine created by CanSino Biological Inc along with the Beijing Institute of Biotechnology is also in the clinical testing phase, according to the WHO DRAFT landscape of COVID-19 candidate vaccines.

This potential vaccine is a non-replicating vector vaccine, which can be developed either by using a virus that is killed or a part of the virus that will trigger the immune system to create antibodies, which will fight the disease if it is contracted in the future.