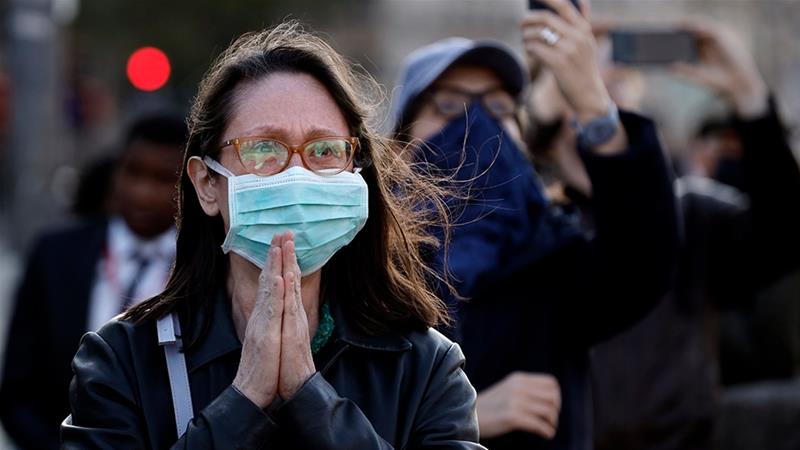 In an attempt to slow down the spread of the novel coronavirus, an increasing number of countries have made wearing face masks mandatory in public spaces, with citizens facing a possible fine if caught without one.

There have been a number of conflicting opinions on whether face masks can prevent the new coronavirus from transmitting from one person to another. The World Health Organization (WHO) has recommended that healthy people do not need to wear a mask, but those who are feeling unwell and are coughing and sneezing, as well as caring for someone who is infected, should do so.

“Masks are effective only when used in combination with frequent hand-cleaning with alcohol-based hand rub or soap and water,” WHO said.

The Robert Koch Institute (RKI) said despite there being no evidence for self-protection, covering the mouth and nose can trap infectious droplets that are expelled when the wearer is speaking, coughing or sneezing. That is, face masks are designed to protect people from the wearer.

Other governments, such as the United Kingdom and Singapore, have urged the public not to wear masks in order to ensure enough supplies and personal protective equipment (PPE) for healthcare workers.

Meanwhile, the United States Centers for Disease Control and Prevention (CDC) does not specifically advocate the use of surgical masks but does advise the use of “simple cloth face coverings” made from common household materials to slow the spread of the virus and prevent asymptomatic people from transmitting it to others.

In Asian nations such as China, Taiwan or Hong Kong, masks were relatively common even before the coronavirus pandemic, which is credited to populations used to wearing coverings because of either pollution or previous experience with the SARS and H1N1 outbreaks.

The first European country to make wearing masks mandatory in supermarkets, pharmacies, and public transport was the Czech Republic on March 18.

Slovakia followed suit on March 25, and in an attempt to dispel away the stigma associated with face masks, President Zuzana Caputova wore a red one that matched her dress during the swearing-in ceremony of the new government.

On March 29, Bosnia and Herzegovina made it mandatory for its citizens to wear a face mask or a cloth covering their mouth and nose while walking in the streets or outside their homes.

On April 6, Austria also made masks mandatory in public spaces, with Chancellor Sebastian Kurz acknowledging that wearing them would require a “big adjustment” because “masks are alien to our country”.

In North Africa, Morocco made wearing face masks mandatory on April 7, with the government warning anyone who fails to comply faces a prison sentence of up to three months and a fine of 1,300 dirhams ($130).

On the same day, Turkey ordered all of its citizens to wear masks when shopping or visiting crowded public places. The country has surpassed Iran in becoming the heaviest affected nation in the Middle East, and the government said it will deliver masks to every family free of charge.

On April 16, the Ministry of Health in Poland made covering the face with either a mask or homemade piece of fabric such as a scarf mandatory. This applies to green areas such as parks and beaches as well as public places such as roads, squares, religious facilities, commercial facilities, and marketplaces.

On April 21, Jamaica imposed a series of new coronavirus restrictions such as a revised curfew and also made it mandatory for citizens to wear a face mask in public spaces.

On Wednesday, Germany became the latest European country to make the wearing of face masks compulsory when on public transport and while shopping in all of its 16 states.