LONDON (Reuters) – The head of the World Health Organization (WHO) on Monday praised the United States’ “immense” and “generous” contribution to global health in a push to salvage relations after President Donald Trump said he was severing ties with the U.N. agency. 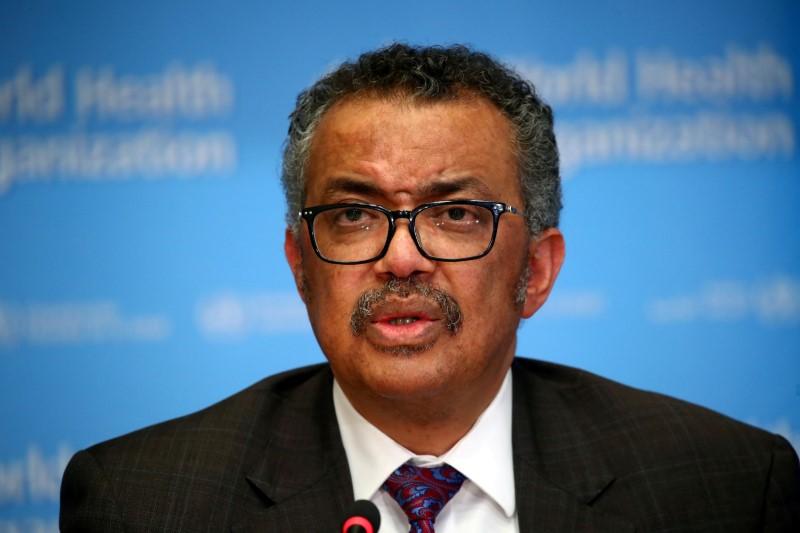 Accusing it of pandering to China and overlooking an initially secretive response to the COVID-19 outbreak, Trump said on Friday he was ending Washington’s relationship with the WHO.

But WHO chief Tedros Adhanom Ghebreyesus told an online media briefing he hoped his organisation could continue its longstanding collaboration with the United States.

“The United States’ contribution and generosity towards global health over many decades has been immense, and it has made a great difference in public health all around the world,” he said.

China has reacted furiously to Trump’s move, calling it selfish and petulant politics by a U.S. administration “addicted” to quitting international bodies and treaties.

Tedros, who is Ethiopian, said he only knew about the U.S. decision from the media, with no formal communication yet from Trump’s government. He declined to answer further questions about the U.S. stance.

Asked about potential health risks from protests that have flared up in the United States over racism, another WHO official, epidemiologist Maria Van Kerkhove, said close contact could heighten the risk of spreading the COVID-19 disease.

Unrest erupted in the United States after last week’s death of a black man, George Floyd, in police custody, bringing thousands onto the streets and adding to a sense of crisis as the nation already faces the world’s worst coronavirus outbreak.

At the briefing, chief scientist Soumya Swaminathan said the WHO should have enough information in 24 hours to decide whether to continue suspending trials of hyrdroxychloroquine.

Trump has been one of those promoting the anti-malaria drug to help combat the COVID-19 disease, despite medical warnings about associated risks.

With many nations easing lockdowns as the rate of new coronavirus cases drops, emergencies expert Mike Ryan said it was “laudable” to see economies being put back on track, but a cautious “stepwise” approach was still needed.

Central and South America were current COVID-19 hotspots which had not yet reached their peak, he warned.