The fight for the presidency is well underway as the votes are counted to confirm if Joe Biden or Donald Trump has won the election. But America’s electoral system is not based on who necessarily gets the most votes nationally, but instead by a federal system that hands out key votes depending on who wins overall in each of the 50 US states.

Due to how the Electoral College system works in the USA, who wins the popular vote is not necessarily who will win the election overall.

The numbers of seats are allocated to each state depends on its population and size – for example, California gets 55 seats as it is one of the most populous areas of America.

Similarly, Texas gets 29 EC seats, due to being one of the largest states in the country.

The candidate who gets the most votes wins the seats for that state – and subsequently gets that number of seats in the EC. 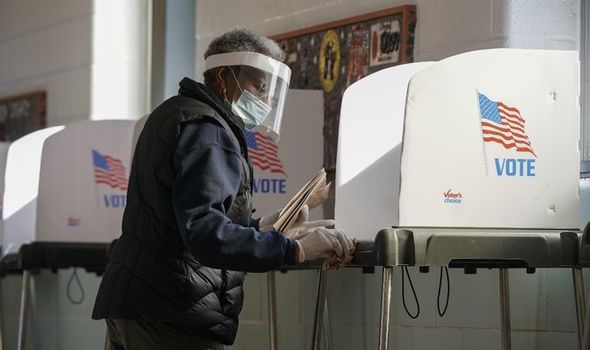 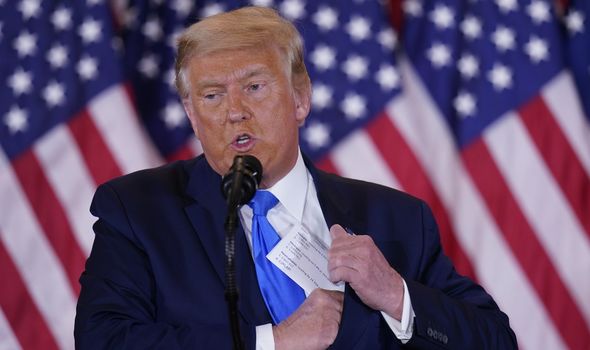 Can you lose the popular vote and still win?

Mr Trump actually lost the popular vote in 2016 but managed to claw the presidency from Hillary Clinton with the right amount of EC seats.

For example, in 2016, Mr Trump beat Mrs Clinton in Florida by a margin of just 2.2 percent, but this meant he claimed all 29 of Florida’s all-important EC votes. 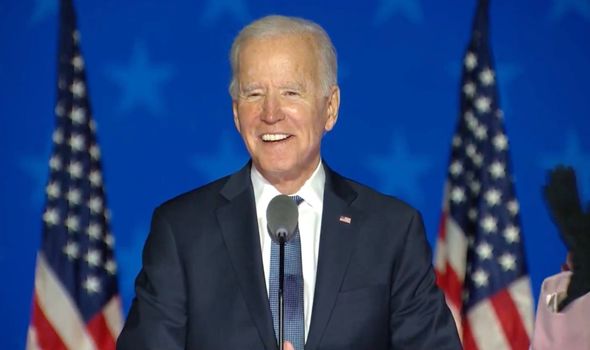 Mr Trump is only the fifth president in US history to take the White House despite losing the nationwide popular vote.

Prior to the incumbent, George W Bush also lost the popular vote in 2000.

Prior to that, it had been more than 100 years since a president lost the popular vote.

If Mr Trump wins a second term in this election, he will be the only president ever to lose two consecutive popular votes.

DON’T MISS
Electoral college definition: What is it and how does it work? [EXPLAINER]
Electoral college predictions: How are the different states voting? [INSIGHT]
US Election 2020: Why is Florida so important in the election? [ANALYSIS]

Who is winning the popular vote?

Donald Trump currently has 48.3 percent of the vote.

The race is still extremely close with both candidates relying on several key states to deliver the result they want. 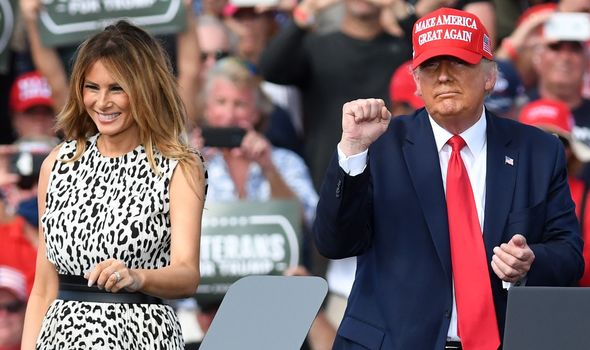 States likes Wisconsin, Michigan, Pennsylvania and Nevada are currently key for each candidate to take in order to get the White House.

The race is currently much tighter than anticipated, with many polls indicating that Mr Biden would sweep several key swing states and win the White House with relative ease.

Mr Trump has managed to take key states like Florida which were on a knife-edge before being called earlier this morning.

Despite this, Mr Biden has insisted the Democrats are on track to win the election.