Why are Canadians pulling down Queen statues?

Protests erupted in Canada on July 1, a national holiday in the country named Canada Day.

Traditionally, Canadian nationals would celebrate the birth of their nation in 1867.

But recent discoveries around the treatment of indigenous children by the founding British colonies and their successors has ignited fury. 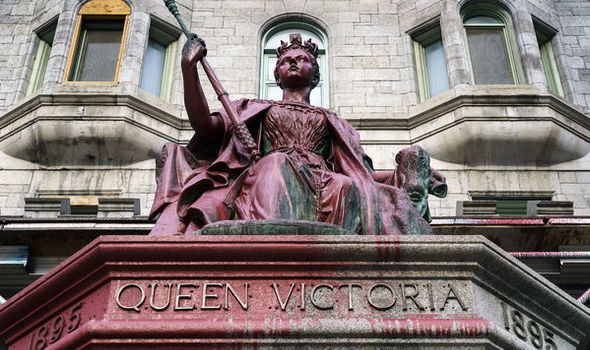 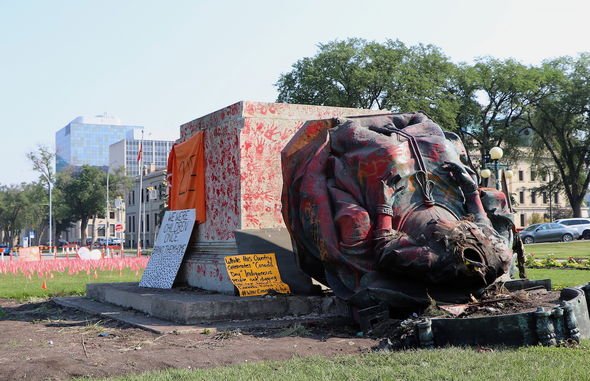 Authorities have discovered numerous indigenous burials across the country at sites once used by the Canadian government for the Indian residential school system.

The schools, mandatory for indigenous Canadians, were once used to assimilate children into colony-dominated Canada and away from their families.

Administrated by Christian churches and active from 1894, the schools operated until 1996. 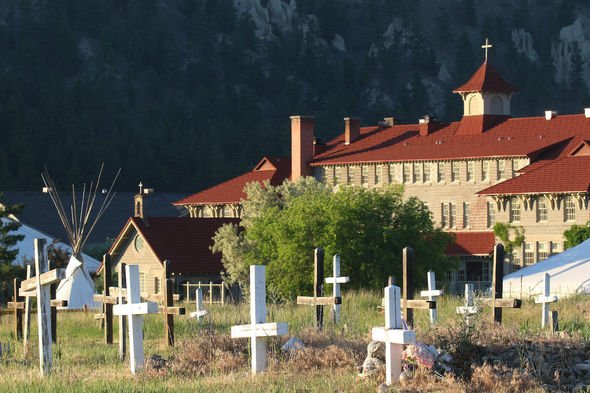 And 20th-century authorities estimated the dangerous conditions at the schools increased the overall fatality rate for indigenous Canadians to two to three times that of white settlers.

Actual numbers remain unconfirmed due to widespread document and medical record destruction, but Canadian authorities have discovered burial grounds for thousands of children.

Successive governments have discovered sites throughout the last millennium, and several have emerged since May this year.

Investigations with ground-penetrating radar discovered one holding 215 children two months ago, followed by another in June containing 751.

DON’T MISS
US and Japan anticipate conflict with China over Taiwan – INSIGHT
Putin claims sinking of HMS Defender unlikely to have caused WW3 – VIDEO
World War 3 MAPPED: The SIX places where WW3 could break out in 2021 – MAP 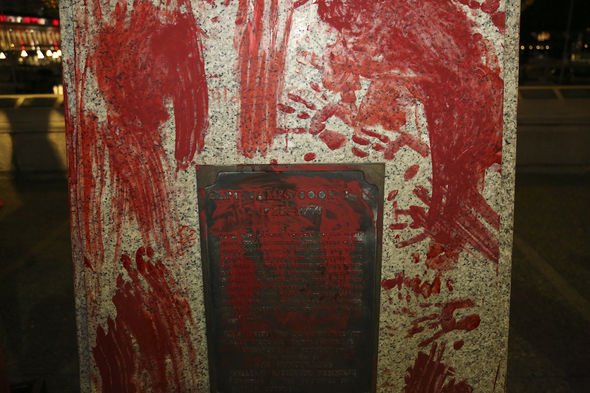 They found the most recent burial site, a former residential school holding the remains of 182 people, on January 30, the eve of Canada Day celebrations.

Protests started with calls to end national celebrations such as Canada Day.

They quickly evolved to backlash against Queen Victoria and Elizabeth II, both regarded as figureheads of Canada’s colonial past.

The former Queen sat on the throne as the Canadian confederation formed and as the government established its residential schools policy.

Queen Elizabeth II sat on the throne for the duration of the enacted programme.

Neither had direct involvement in the residential school system, however.

A group pulled down a statue of Queen Victoria outside the Manitoba legislature in Winnipeg and a nearby but smaller one of Elizabeth II.

Protesters had donned orange shirts to honour indigenous Canadians and covered the statue and its plinth in red handprints.

They also left a sign reading: “We were children once. Bring them home.”

News of their efforts landed at the feet of officials in the UK, as Number 10 has issued a statement condemning actions at the demonstrations.

A spokesman said: “We condemn any defacing of statues of the Queen.

“Our thoughts are with Canada’s indigenous communities following these tragic discoveries.”