Shocking images have emerged in Prague of a statue of Winston Churchill sprayed in red graffiti with the words “Byl rasista” which translates as “He was racist”. Further down on the 3.5 metre statue, the word “Black Lives Matter” were also painted.

The homage to Mr Churchill was unveiled in the Czech capital by Margaret Thatcher in 1999.

The ceremony marked the 10th anniversary of the Velvet Revolution which overthrew communist rule in the former Czechoslovakia.

Winston Churchill, who led Britain and freed Europe from Nazi rule during World War Two – is regarded as a divisive figure in the Czech Republic. 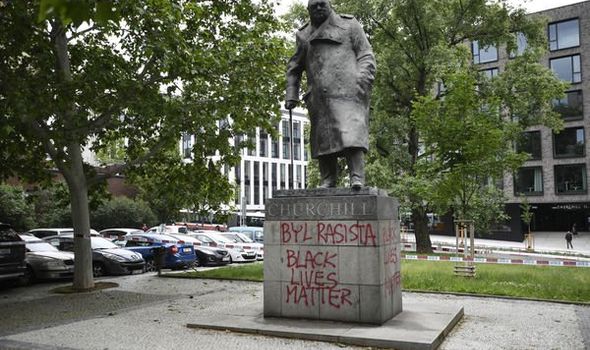 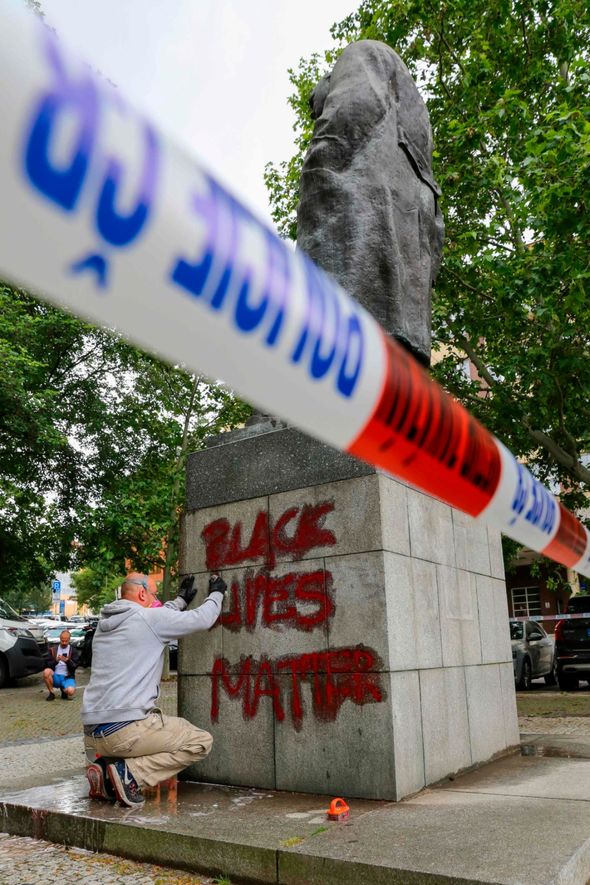 Mr Churchill’s, predecessor Neville Chamberlain was part of the controversial Munich pact with Adolf Hitler in 1938.

The opposition to Mr Churchill across the continent, comes amid growing discontent to the former Prime Minister here in the UK.

In Parliament Square, a protective box was placed around Mr Churchill’s statue amid further planned protests in London. 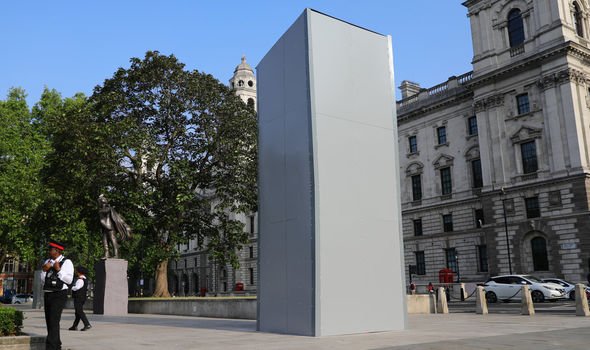 The monument in the capital was targeted by some demonstrators last weekend who also wrote “was a racist”.

Elsewhere in London, a statue of Nelson Mandela and the Cenotaph have also been protected from potential vandals.

Throughout the week, several other historical figures were taken down from public display around the UK and a further 60 others identified as targets by demonstrators.

On Sunday the statue of 17th century slave trade Edward Colston was torn down by demonstrators and thrown in a river in Bristol. 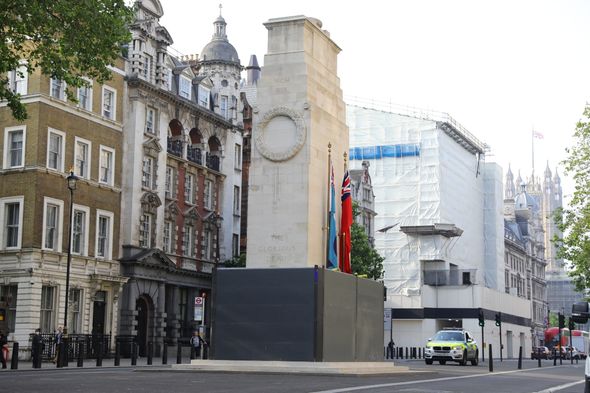 A statue of slave owner Robert Milligan was also taken down from its plinth at West India Quay in London’s Docklands on Tuesday evening.

On Thursday, Guy’s and St Thomas’ hospitals in London announced it will remove two statues of their namesakes from public view due to their links to the slave trade.

This afternoon Boris Johnson issued a statement and ordered protestors to stay away. 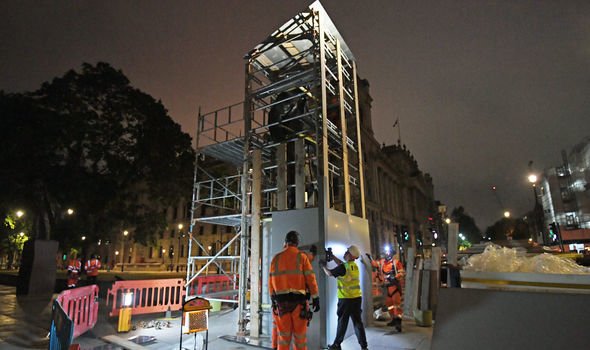 The Prime Minister said ongoing anti-racism demonstrations had been “hijacked by extremists”.

On the statue of Mr Churchill, Mr Johnson said it is “absurd and shameful” that Britain’s former Prime Minister would be “at risk of attack”.

The Prime Minister acknowledged Mr Churchill was a divisive figure but insisted “we cannot now try to edit or censor our past” or “pretend to have a different history”.